Nashville’s makers and creators are enjoying big success, which lends the city an even more exciting image at home and around the country. 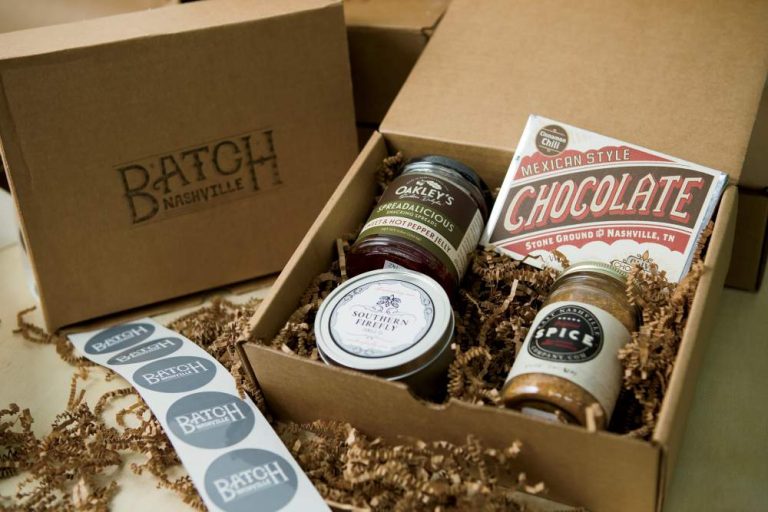 Nashville has long been a city where creativity flourishes, but lately, the city’s makers and creators have propelled Music City into national celebrity as a mecca for food, fashion, music and art. The city has been saluted as a top location for starting a new business, and one of the country’s best places for creatives – accolades borne out by the boom of successful enterprises launched by talented artisans and entrepreneurs.

A lifelong passion for cooking, coupled with a love of macaroni and cheese, inspired Vanderbilt University graduate Dan Stephenson to experiment with different sauces and combinations of his favorite dish, creating concoctions like smoky chicken bleu, kale and parmesan, and habañero garlic sausage mac and cheese. Opening Dan’s Gourmet Mac & Cheese in 2010, Stephenson began selling his all-natural, artisan brand at area farmers’ markets, and now his products are carried in the frozen section more than 2,000 grocery stores in 35 states, including local Whole Foods Market and Kroger stores. Stephenson, who bases his operation out of the Wedgewood-Houston neighborhood, credits the city with giving him the start he needed to launch his venture.

“An exciting entrepreneurial buzz has built here over the last five years,” Stephenson says. “The Nashville Entrepreneur Center helped me when I first started, and an Entrepreneurs’ Organization exists here that is a real asset to any artisan and entrepreneur.”

Craft breweries like Yazoo Brewing Co. and Jackalope Brewing Co. have also built widespread, loyal followings. Praised by the New York Times, The Atlantic, Esquire and USA Today, Corsair Artisan Distillery has seen demand for its award-winning brews grow so fast that it is planning a second location. Another startup gaining notice for its spirits is Nelson’s Green Brier Distillery. Founded by Charles Nelson, one of Tennessee’s first distillers, the distillery shut down during a statewide Prohibition and was relaunched in 2014 by Nelson’s great-great-great grandsons, Charles and Andy Nelson, to rave reviews. Both distilleries operate in Marathon Village, a former automobile factory that houses an eclectic group of music venues, art studios, shops and production spaces.

Local online gift retailer Batch has created a unique way to promote the city’s makers and artisans, collecting locally made products into a monthly subscription gift package. An immediate success since launching in 2013, it has opened branches in Charleston, Memphis and Austin, as well as a store at the Nashville Farmers’ Market. In Nashville alone, co-founder Sam Davidson estimates that Batch has sent more than 50 locally made items in its monthly packages.

“Nashville is a fantastic city for entrepreneurs,” Davidson says. “Obviously, health care and music are big and always will be, but now people understand you can start a product-based company here, a fashion company or any other kind of business. The boundaries have really grown in terms of what’s possible to do here.”

Nashville’s music business inspires not only countless performers, writers and instrumentalists, but also the tools they need to make their music. At Murfreesboro-based Guitar Mill, Mario Martin designs his Mario line of electric guitars. The Nashville Guitar Co. has provided world-class custom guitars and banjos to the likes of Steve Martin, Marty Stuart and Kevin Eubanks. Gibson Guitar churns out models like the Les Paul and Firebird X sought after by the world’s most accomplished guitarists. Williams Fine Violins produces strings for musicians favoring everything from jazz and classical music to country and pop.

Fashion is one of the most noticeable newcomers to the city’s creative scene. Blending his Italian heritage with his American tastes, Peter Nappi designs high-fashion footwear, outerwear and accessories from his Nashville studio that are manufactured in Tuscany. Other up-and-coming Nashville-based designers include Johnathan Kayne, whose evening wear designs have appeared on the Bravo TV show “Project Runway” and numerous red carpets at awards shows, and Nisolo, which produces high-quality leather shoes and accessories handmade in Peru.

Co-founder Patrick Woodyard launched Nisolo out of a desire to provide economic opportunity to talented yet impoverished Peruvian shoemakers he met while traveling there. Nisolo sells its products online and through its store in Nashville’s Germantown neighborhood, with proceeds going back to these native craftspeople.

“Nashville is a dream headquarters for us because the city has such an artisan spirit – several musicians are also in our building and have become good customers,” says brand relations manager Sarah Cox. “They rave about our shoes, then spread the word to their network. People in Nashville are genuinely interested in helping out smaller, startup businesses.”