How Nashville is Embracing All Sorts of Sports

In Nashville, rooting for the home team is its own type of sport. Over the past 20 years, Nashville has branched out from its Music City roots to also become a hub of athletic action, with a variety of events and teams – led by the NFL’s Tennessee Titans and the NHL’s Nashville Predators – injecting an extra level of excitement into the downtown scene and beyond.

“Sports can be a uniting element for people,â€ says Scott Ramsey, CEO of the Nashville Sports Council. “Everybody is waving the same flag, and that generates an energy for the city.” 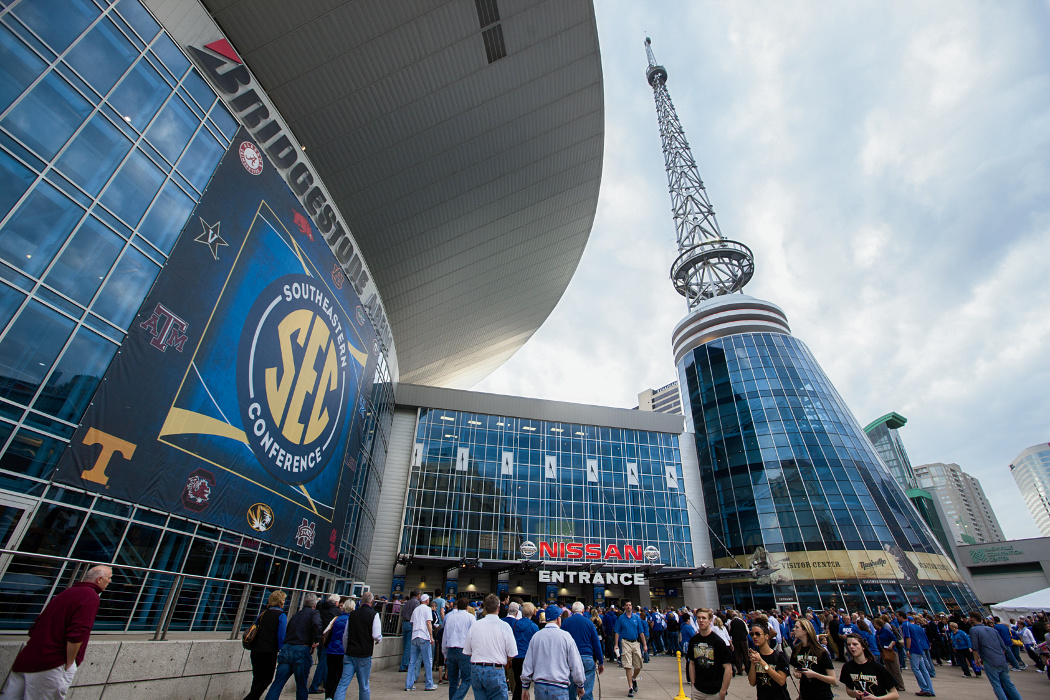 Energy and a substantial economic boost as well. For example, the Predators run to the Stanley Cup finals in the 2016-17 season generated an economic impact of more than $50 million – along with invaluable positive publicity nationwide – as thousands of fans packed downtown streets to watch the games on oversized projection screens. The annual Music City Bowl college football game results in nearly $16 million in direct spending, while last year’s five-day Southeastern Conference Men’s Basketball Tournament produced more than $21 million in spending.

Throw in Triple-A baseball, numerous college games and tournaments, an annual marathon with approximately 32,000 runners, and the arrival of not one but two professional soccer teams, and sports has added a vibrant verse to the Music City.

This sports surge began in the 1990s with the construction of Nissan Stadium and Bridgestone Arena, both located in the downtown area. In addition to bringing professional football and hockey to Nashville, these facilities enabled the city to attract major national events, including NCAA men’s and women’s basketball tournament games and the NHL All-Star Game. And because of their proximity to downtown hotels and Nashville’s iconic music entertainment district, the facilities helped create a college-campus type of environment that entices both visitors and local fans.

“Concentrating our sports facilities downtown has really been a great engine for our downtown development and core city strength,â€ Ramsey says. “One of the reasons we’re able to compete with other cities for major events is because of this compactness. There is a real energy and atmosphere at our sporting events, which creates a great sense of fun and excitement for fans.” 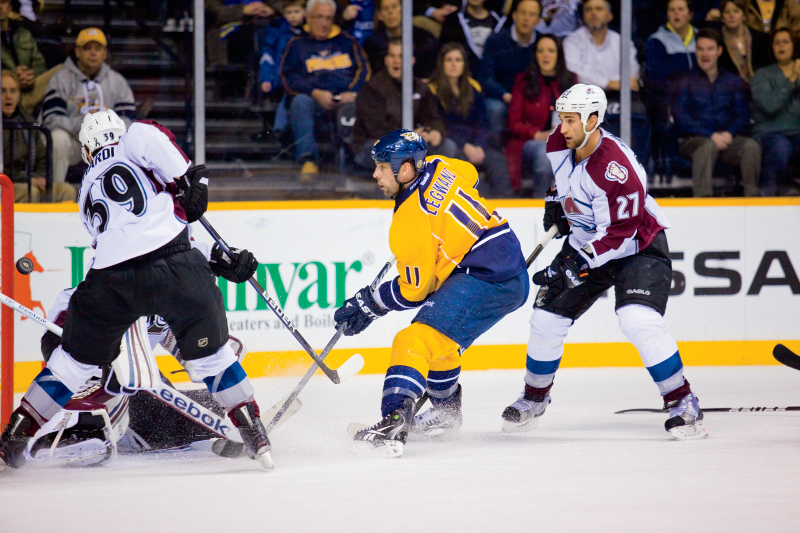 Ramsey points out that many of these events take place during parts of the year when overall tourism to the city has been lacking. The Music City Bowl, for example, invigorates downtown Nashville between Christmas and New Year’s Day, a week that Ramsey says previously was lacking in tourist traffic.

“That used to be the slowest week of the year from a tourism and economic standpoint. There was just nothing going on downtown,â€ Ramsey says. “Now it’s a vibrant week, probably the second or third most-active week that the city has. It’s the same thing for the college basketball tournaments in March and the marathon in late April. We’ve taken specific times of the year and strategically used sports to infuse a lot of visitor travel and spending and media coverage.

Getting Your Kicks (and Hits)

Now Nashville officials are starting to extend the sports scene beyond the heart of downtown. In 2015, the Triple-A baseball Nashville Sounds moved into new $47-million First Tennessee Park, located in the Germantown neighborhood of Nashville. The Sounds’ average attendance that year soared from less than 5,000 per game to nearly 8,000. Since then, several restaurants and residential facilities have opened near the stadium, which beginning this year will also be home to the expansion Nashville SC team of the United Soccer League.

Even more soccer is on the horizon, with the recent announcement that Major League Soccer is placing a franchise in Nashville beginning with the 2020 season. In preparation, the city is building a 27,500-seat, $275-million stadium for the team near the Nashville Fairgrounds.

“It shows that our model of using sports to anchor growth has been working,â€ Ramsey says. “First Tennessee Park has led to the rebirth of the Germantown area, with a lot of investment coming in. It’s a very vibrant part of the city now. That same kind of rebirth can happen in the Fairgrounds area with the soccer stadium and the related development.

“The key has been the collaboration in our city. Our private and public leadership have really worked well together in taking areas of the city and investing in them through sports. It’s enabling us to brand and market Nashville as a sports destination.”