How to do NFL Draft Weekend in Nashville Like a Local

Heading to Nashville for the NFL Draft? We've got the scoop on where to eat, drink and have the local's perspective. 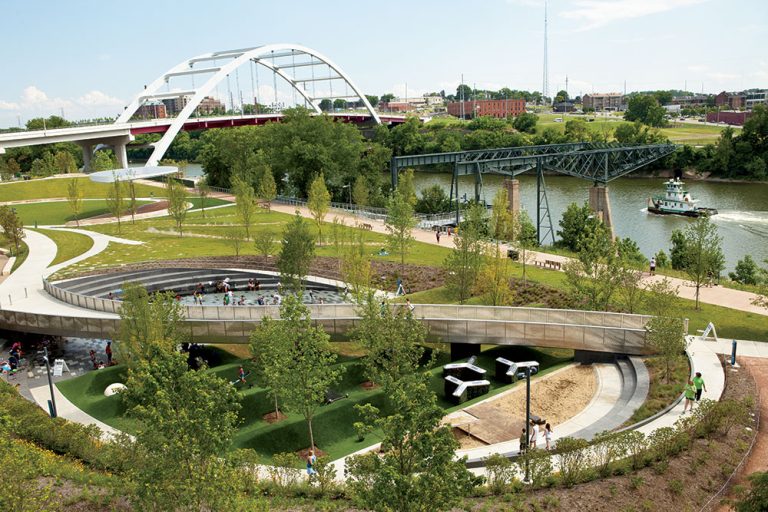 If you had any doubt that Nashville is one of the hottest spots in the country right now, the last weekend of April should confirm it for you. That’s when thousands of tourists will arrive in Nashville for the 2019 NFL Draft. But in typical Nashville fashion, that isn’t the only thing happening that weekend – the annual Rock n’ Roll Marathon and Half Marathon is also scheduled, and Jimmy Buffett will be attracting a plethora of local Parrotheads to his arena show.

The bottom line? This is going to be one of the craziest weekends in recent memory for Music City. If you’re coming to join the fun, the NFL has curated a great list of activities for fans to participate in (here’s the full list!), including player meet and greets, games and photo opportunities. But if you want to infuse your weekend with some truly local experiences, here’s our list of can’t-miss NFL activities paired with some quintessential Nashville experiences.

Check out the Autograph Stage, then head to the Walk of Fame

Part of the NFL Draft Experience is an autograph stage at Nissan Stadium where fans can meet and greet current players and NFL legends. Though we love football, we’d recommend paying a trip to the Music City Walk of Fame to get your fix of star power.

Best of all? The Walk of Fame isn’t just limited to the country genre. The Walk of Fame is unique to Nashville and praises those artists and industry professionals who have made a significant impact on the music industry in relation to the city. During a trip down the Walk of Fame, visitors can see stars for musical acts and artists like Dolly Parton, the Kings of Leon, Jimi Hendrix and Elvis Presley.

Play at the NFL Play 60 Zone, then play more at Pinewood Social

The NFL Play 60 Zone gives visitors the opportunity to participate in interactive games and football clinics. Still in a playful mood? You could pay a visit to Pinewood Social, a local favorite complete with a bowling alley, pool, bar, restaurant and coffee shop. Pro tip: Make a reservation as lanes fill up fast!

Looking to stay closer to Broadway? The team behind Pinewood Social just opened up Downtown Sporting Club, a bar and restaurant complete with boutique lodging and axe throwing!

This is one of those can’t-miss activities that visitors and Nashvillians alike should participate in. From April 22 until May 5, the NFL has teamed up with Second Harvest Food Bank of Middle Tennessee and local businesses to collect non-perishable food items.

Participate as an individual or with a group and support the cause. Food drives associated with Second Harvest are able to distribute more than 2 million pounds of food annually, which makes a big difference in communities. For more information, click here.

Speaking of public art, when in Nashville, getting a photo with the #WhatLiftsYou wings in the Gulch is basically as iconic as a shot with the Vince Lombardi Trophy, AKA the apex of NFL achievement. Nearly every neighborhood in the city has a unique photo opp that local influencers just love. Check out this great guide to Nashville’s favorite murals for more info.

Whether you’re looking to run a 40-yard dash or practice your vertical jump, Downtown’s Cumberland River Greenway path has you covered. The scenic trail is 3.5 paved miles long and circles along 1st Avenue and Riverfront Park. The trail also spurs off to historic Bicentennial Mall and offers gorgeous waterfront views and plenty of public art.

Buy some swag at the NFL Shop, then buy more swag at The Preds Shop

The NFL Shop will be chock full of cool gear to commemorate the trip, but this time of year in Nashville is usually marked by Predators gear. When it comes to playoff season, Predators fans mean business. The Predators Team Store at Bridgestone Arena is nearly 5,000 square feet filled with memorabilia, merchandise and exclusive offers for fans. The Nash Collection and NashVibe are other local favorites to stock up on Predators gear.

Test your vertical jump, then drink on a roof (a different type of vertical reach!)

This is a different type of vertical reach. Nashvillians take our rooftop bars very seriously. Unfortunately, most of our favorite downtown honky tonks will be closed for private events during draft weekend, but that won’t stop us from seeing the city from up high. Rare Bird at Noelle is hosting an NFL Draft viewing party on Thursday night but will provide visitors with a birds-eye view of the action downtown for the rest of the weekend. Travel to the Gulch to take in the city at L.A. Jackson, the rooftop bar at The Thompson, or L27 at the Westin Nashville.

They don’t call it Music City for nothing! During the NFL Draft, the city of Nashville constructed a massive stage to host the calling of the draft as well as entertainment. Because Nashville is known for its stellar music scene, fans can enjoy free performances from Moon Taxi, Dierks Bentley and Tim McGraw throughout the weekend. As native Nashvillians, we recommend not sitting this one out. Yes it might be crowded, but it will definitely be worth it.