The Schermerhorn Symphony Center is home to the Nashville Symphony. Laura Turner Concert Hall also houses other events such as jazz concerts, weddings, and ballroom dancing.

By Jennie Bradford Curlee on February 8, 2015 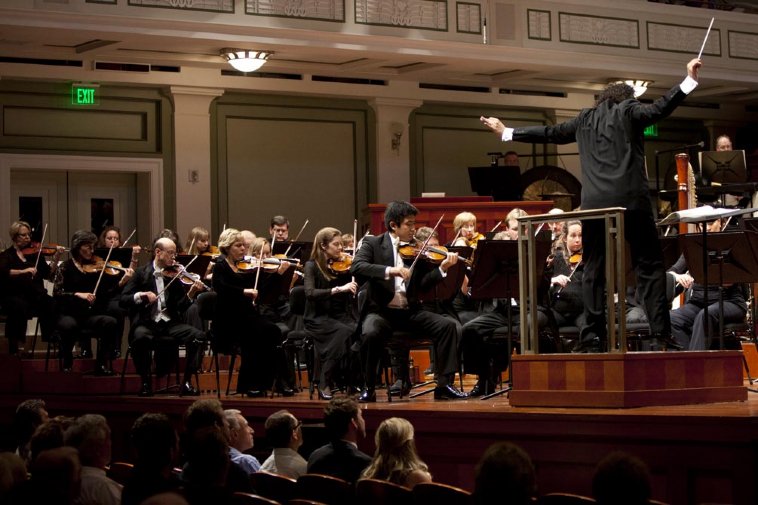 Nashville’s “Music City” moniker comes from its wide renown as the center of country and Christian music, yet it added another fitting element of which it has been especially proud, the $120 million Schermerhorn Symphony Center – which opened in 2006.

The building‚ inspired by the great concert halls of 19th-century Europe‚ has galvanized Nashville’s classical music community‚ doubling the symphony’s subscriber base and revenue from season subscriptions.

Inside its columned‚ neoclassical exterior is 197‚000 square feet of space for musical performances and events.

A state-of-the-art concert hall is the last element the 60-year-old Nashville Symphony needed to take its place as a major national orchestra.

The structure also hosts many other events designed to draw in those who don’t listen to classical music. The center and its garden area are available for special events such as weddings‚ receptions‚ conventions and corporate meetings.