A look at the outdoor recreational opportunities for residents and visitors in the Nashville area. 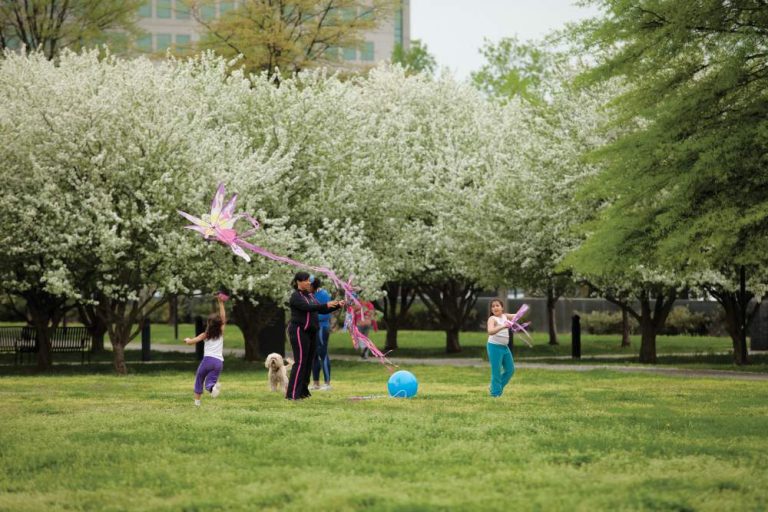 Nashville may be known for its arts and culture, but it also offers plenty of recreational appeal for those looking to escape into nature or get active outdoors.

The city alone has more than 12,000-plus acres of open space more than 100 parks (including several dog parks) and a wealth of public athletic facilities that include golf courses, ball fields and more.

Efforts to promote walking, running and biking, along with Nashville’s larger green initiatives, have contributed to an abundance of trails and greenways throughout the city. Surrounding areas, including Williamson, Sumner and Rutherford counties, have followed suit, opening up space for walkers, runners, hikers and cyclists. Activity and meetup groups flourish throughout the region, giving residents a chance to socialize while getting fit or enjoying the outdoors.

“The presence of greenways addresses so many issues, from obesity to property values,” says Tommy Lynch, director of Nashville’s Metro Parks and Recreation department. “We’re especially excited about what’s going on downtown with green development along the riverfront, which will address the needs of residents and folks coming in for the new convention center.”

Located along the east side of Cumberland River next to LP Field, Cumberland Park offers trails, interactive play areas and a splash pad popular with families in the summer. A pedestrian bridge connects the park to the west side of downtown, where plans are under way for an amphitheater and additional trails and open green space.

Connectivity of the greenway will eventually allow pedestrians to move across long stretches of the entire city without ever getting on a road, Lynch says.

A new rowing facility is also planned at Shelby Bottoms along the river’s east side, and lakes and other rivers throughout the region offer plenty of opportunities for boating, swimming, fishing, canoeing and kayaking. For more outdoor adventure, the city is home to several privately owned options for ziplining as well as the Nashville Shores Waterpark on Percy Priest Lake.