All musical tastes satisfied in Nashville. 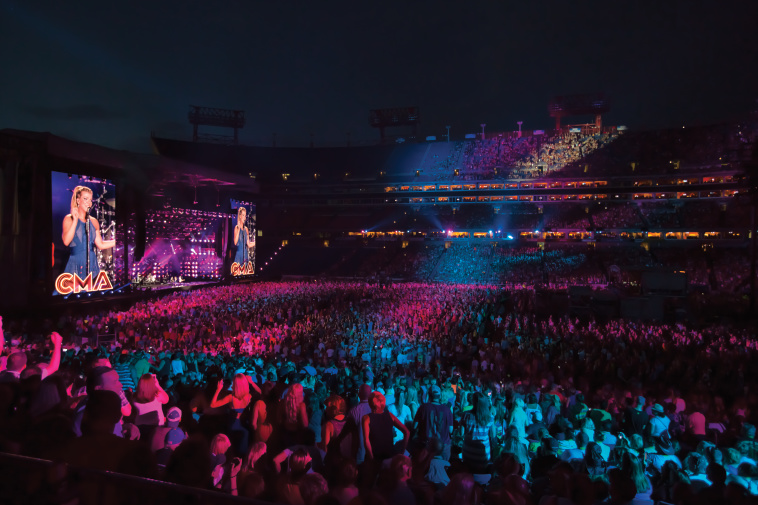 Yes, country music is king in Nashville, but finding a rock band, jazz quartet or gospel group is just as easy as finding a honky-tonk in Music City. Music is one of the largest industries in Nashville and helps drive the local economy these days, second only to health care. And live music of all genres can be found most anywhere in the city, from the streets of Broadway to the stages of outdoor festivals.

Music festivals of all types energize Nashville throughout the year, particularly during the warm-weather months from April through Labor Day. One of the first is the annual month-long Awesome April, which features multiple performances by songwriters of country, gospel, bluegrass and more.

Nashville is widely regarded as the mecca of songwriting, and Tin Pan South is a weeklong songwriters’ festival produced by the Nashville Songwriters Association International. It honors the craft with approximately 80 live club shows in the downtown district, including more than 250 songwriters performing their original works.

Other notable celebrations include the CMA Music Festival and the Rites of Spring (held at Vanderbilt University), while televised awards shows such as the CMT Music Awards and the GMA Dove Awards pay tribute each year to country and contemporary Christian music.

In the mid-summer, fireworks light up the sky and thousands of spectators turn out for a Fourth of July Spectacular. The event, held along the Cumberland River, celebrates the music of America with a free, live downtown outdoor concert featuring the Nashville Symphony Orchestra performing with some of music’s greatest stars.

Unofficially ending the summertime season is the annual Music City Jazz Blues & Heritage Festival. The two-day jam session over Labor Day weekend brings together local and national artists for a festival of jazz, blues, rhythm and blues, funk and reggae.