The Nashville area is a global destination for both business and leisure travel. 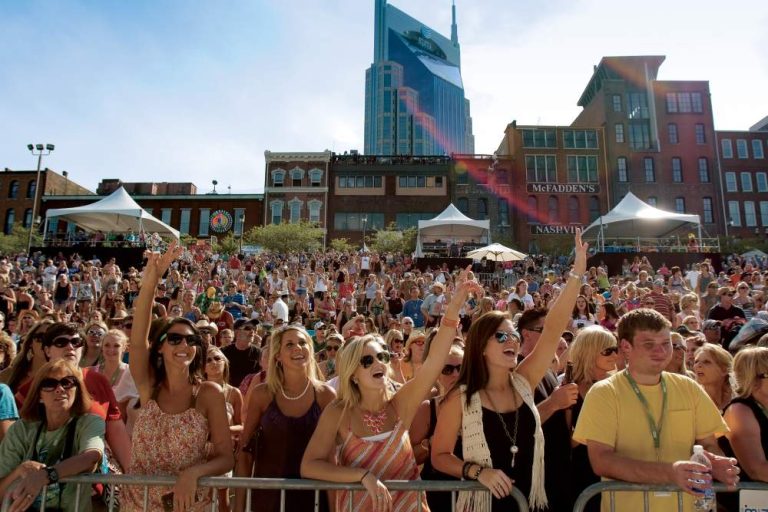 When it comes to tourism, they are singing a happy tune in Music City these days. The Nashville area has become a global destination for both business and leisure travel, with the city experiencing steady visitor growth over the past six years.

“We’re on a 70-month run that is the best in the history of the city in terms of hotel rooms sold and hotel tax collection,” says Butch Spyridon, who has been president of the Nashville Convention & Visitors Corp. since 1991. “We took our identity as a country-music town and broadened the perception of what the ‘music’ in Music City means. We opened people’s eyes to everything else Nashville has to offer while continuing to embrace country music, and it’s worked better than we could have imagined.”

“These hotel investors and operators are savvy businesspeople. They build where the market takes them,” Nashville Downtown Partnership president and CEO Tom Turner says. “And the market is obviously pulling them to Nashville because there is such great demand here.”

As the nickname indicates, Nashville is first and foremost a music town, and country music has long been the city’s biggest draw. The Country Music Association has been located in Nashville since its inception in 1959, and the annual CMA Awards show has been held in Nashville every year except one since it began in 1967.

“We feel  that from an authenticity standpoint, being in Nashville is important to the show and a big part of our positioning on the show,” says Damon Whiteside, CMA senior vice president of marketing and strategic partnerships. “In our promotions for the awards show we tend to say, ‘Live from Nashville,’ because we’re very proud to be part of that legacy of country music here and we want to be a big driver for tourism.”

In addition to the awards show, which celebrated its 50th anniversary in November, the annual CMA Music Festival has grown to become the city’s single-largest generator of visitor spending. In 2016, the four-day event attracted more than 350,000 fans and generated $6 million in spending. But it is more than just country music that has Nashville visitors grinning. There are 43 places in downtown alone that have live acts nearly every day, and the offerings are spread across a number of musical genres.

“We have a mini music festival on a daily basis,” Turner says. “You’ll be at a club and then suddenly somebody who you’ve heard on the radio will come in and start playing with the band. It’s very authentic, and the frequency in which it happens is amazing.”

This festive atmosphere is one of the reasons Nashville has become a popular destination in recent years for bachelorette parties. In addition to the lure of live music, Turner says bachelorette groups are attracted to the city because it is clean, safe and easily walkable, with plenty of quality restaurants.

“If you walk around downtown on a Friday, you’ll probably run into a half-dozen bachelorette parties,” Turner says. “They come here, just like a lot of people do, because they feel Nashville is a great environment for their entertainment.”