Skip to content
Home > TN > Nashville > Experiences & Adventures > These Are The Most Googled Questions (And Answers) About Nashville, TN

These Are The Most Googled Questions (And Answers) About Nashville, TN

What does it look like? Is our water hard? Why do we hate the Blackhawks so much? 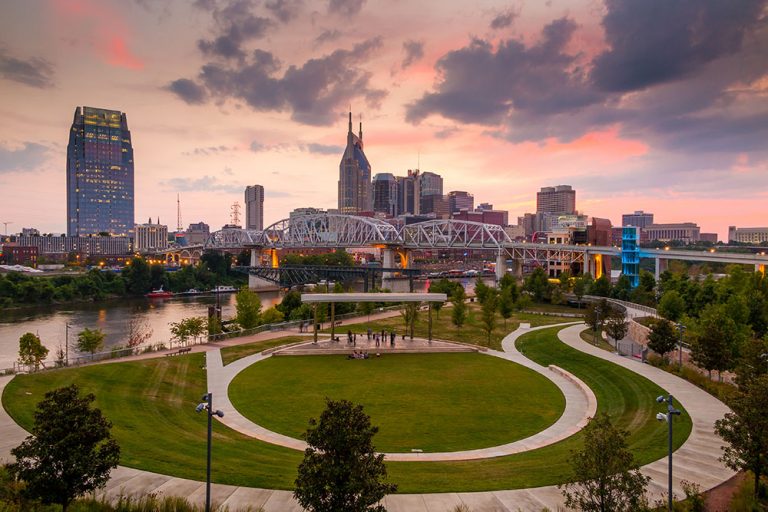 Doing a Google search with the term “Nashville” is a great testament to what happens to your city when you have a television soap opera named after it. For example, when you type “Is Nashvilleâ€ in Google, three of the top five autofills include: “Is Nashville Cancelled,” “Is Nashville On Netflix,” and “Is Nashville New Tonight.”

Rayna and Deacon aside (I was always Team Luke), there are many more questions that people regularly Google about Music City. And these are ones we deemed most important.

This about sums it up:

2. Is Nashville on central time?

3. Does Nashville have hard water?

I’m not quite sure who’s Googling this question, whether it’s new Nashville residents or a prospective Jerry Curl convention. But based on our stunning new convention center, and the massive trade shows it’s bringing to town, I’m going to say it’s the latter.

The best way to know whether or not you have hard water is to see how well soap or shampoo lathers up in the shower. If it lathers up, you’ve got soft water If it doesn’t, you’ve got hard water. I’ve never had a problem with my soap lathering up, so I’d say… it’s decently soft water.

4. What does Nashville mean?

The name “Nashvilleâ€ comes from Francis Nash, a brigadier general in the Continental Army who was mortally wounded during the Revolutionary War. A pre-Nashville settlement along the Cumberland River called Fort Nashborough was named for him, as well. Prior to the war, Nash was a renowned lawyer and politician in Hillsborough, North Carolina. Nashville and Nash County in North Carolina are also named in his honor.

Because I’m still using catchphrases from the ’90s: It tastes like chicken.

What I think people are actually trying to type here is “Nashville hot chicken,” which they may or may not have heard about from the new KFC campaign. The funny thing about NHC is that, while everyone is crazy for it now, it hasn’t been THE thing in town for more than 10 years. This isn’t to say it hasn’t been around longer than that; it has (as this wonderful article points out). There just weren’t the 35,000 different purveyors of it like there are now. (Though, according to the above source, and many others, Prince’s Hot Chicken is the end-all-be-all.)

But you didn’t want a history lesson; you wanted to know what it tastes like. Well, honestly, I don’t know. I don’t eat spicy food, so I’ll let Nick Worley, the 2011 winner of the Nashville Hot Chicken Festival cook-off, explain:

“When it’s done right, the skin is crispy, crunchy, salty and spicy, and the meat inside is juicy and tender. It shouldn’t have floppy skin or be sopping wet like a buffalo wing. It’s like grandma’s Southern fried chicken, but with a burn that has hang time. You don’t feel the full effect until a few seconds into the bite, and then it lingers for several minutes.”

6. Why does Nashville have a Parthenon?

Some time in the mid-19th century Nashville became known as “The Athens of the South,” even though there were already six other cities actually named “Athensâ€ in the South–including Athens, Tennessee. (Fun fact: Athens, Georgia was known as “The Manchester of the South.â€)

Nevertheless, in 1897, Nashville hosted the Tennessee Centennial Exposition, and because of the AOTS moniker, it was decided that a full-scale replica of the Parthenon from ancient Athens would be erected as a focal point for the celebration. It’s been here ever since.

7. Where does Nashville rank among the best places to live?

According to our data guru, Matt Carmichael, “Nashville ranks in the middle of ‘big cities’ with populations more than 350,000, according to our own research. It’s no Portland or Austin, but it’s no Cleveland either.â€ That being said, the city is so great that it landed a spot on the 2019 Top 100 Best Places to Live list.

8. Why does Nashville hate the Blackhawks?

Many Nashvillians, as oddly as it sounds, are big hockey fans. The Predators are usually decent (unlike the Titans), so it gives us something to root for consistently. Personally, I’m not a huge Preds fan, so I have no idea why there’s animosity towards Chicago. But I do have Preds fans for friends, and this is what one had to say:

“I actually like when the Blackhawks fans traditionally cheer during the National Anthem at their home games, but I don’t like when visiting Blackhawks fans attempt to do the same in our arena. We don’t do that here, and I find the behavior disrespectful.”

As for “hating” the Blackhawks team itself, he adds, it’s mostly out of jealousy.

Editor’s Note: We STRONGLY disagree. The Predators are way better than the Blackhawks.