Discover Nashville's vast health-care system that continues to grow for residents and educators. 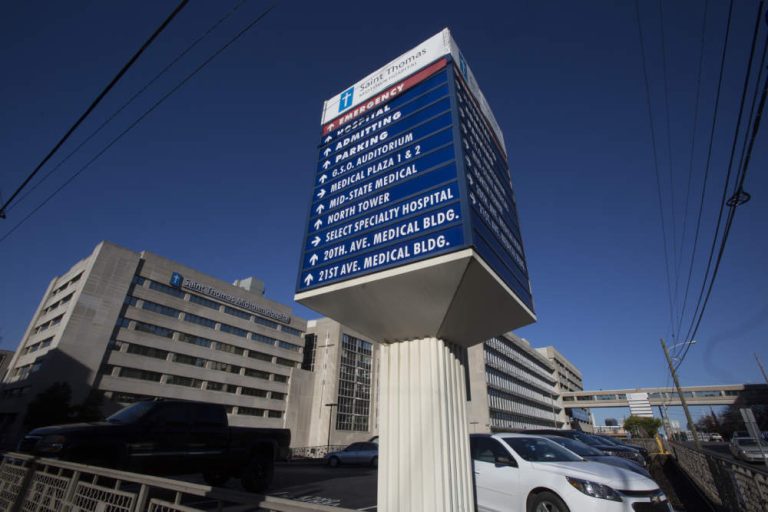 For a city to have the platform to support an industry with a broad reach like health care, the two must first share significant roots. Nashville’s reputation as a health-care leader owes greatly to the history and tradition the industry has established here.

This massive sector of the city’s economic and cultural landscape dates back nearly half a century, when the nation’s leading health-care provider Hospital Corporation of America (HCA) was founded in 1968. Other top health-care providers have since emerged as major employers and leaders in medical services and research, including Vanderbilt University Medical Center, Saint Thomas Health and Community Health Systems (CHS). Chapter after chapter has been added to the story of health care in Nashville, but its formula for success is rooted in more than its pioneering past.

Many factors influence the ongoing evolution of the industry. The city’s dynamic community of nearly 400 health-care companies, which operate on a multistate, national and international basis, make Nashville a one-of-a-kind center for innovation in the field, according to Hayley Hovious, president of the Nashville Health Care Council (NHCC), an association of health-care industry leaders working to advance the city’s reputation as the nation’s health-care capital.

Nashville’s rich tradition of entrepreneurship and executive talent “has helped shape the nation’s health-care landscape over the past five decades and continues to implement fresh approaches to improve the delivery of patient care across the globe,” Hovious says.

For tangible evidence of the strength and significance of health care in Nashville, one can look no further than a 2015 report released by the NHCC that details the industry’s growing economic impact on the area as well as the nation and the world.

Conducted in partnership with Middle Tennessee State University’s Business and Economic Research Center, the study puts the economic contribution of health care to the Nashville economy at $38.8 billion a year – a 32 percent increase from five years ago. Health care represents a quarter of all total occupations in the area, the report estimates, supporting 249,345 jobs locally.

Nashville is home to 15 publicly traded health-care companies that support 500,000 jobs and generate $73 billion in revenue globally, the report notes. Additionally, the area supports more than 400 professional services firms that provide expertise to the industry.

For every 1,000 jobs in health care, hundreds more are created in other service fields such as finance and insurance, real estate, administrative services, retail trade, hospitality and more, according to the report.

Among other signs, growth can be measured in cranes, bricks and leasing agreements. HCA is well on its way to a completion of a new headquarters in the Gulch for its Parallon Business Solutions and the Sarah Cannon Research Institute subsidiaries. It has also leased 120,000 square feet of space at Dell’s campus in southeast Nashville, where it is adding 200 new jobs to its 600-person data center.

Community Health Systems is investing $66 million to build a new shared services center in southeast Nashville that will create 1,500 new jobs over the next five years. The acute-care hospital operator is also spinning off 38 of its hospitals into a publicly traded company, Quorum Health Corporation, based in Williamson County that will serve cities and counties with populations of 50,000 or less.

The industry’s deep expertise, collaborative nature and access to capital has also created an entrepreneurial climate that supports a growing cluster of health-care startups. After working as a teenager in health information management for an orthopedic office in Nashville, Elliott Holt launched MediCopy Services to provide hospitals and physicians with a better way to securely deliver protected health information to requesting parties. The firm recently announced plans to move its headquarters into a 9,000-square-foot space in the OneC1TY center in west Nashville.

Other successful startups include Brentwood-based mobile health technology developer Entrada, which ranked as Nashville’s fastest-growing business in 2015, and palliative care provider Aspire Health, which doubled its office space to accommodate growth of its network of house-call physician practices for chronically ill patients.