Skip to content
Home > TN > Nashville > Where to Live Now > 8 Reasons to Move to the Nashville, TN Area

8 Reasons to Move to the Nashville, TN Area

Nashville has emerged as one of the nation's great places to live and work. 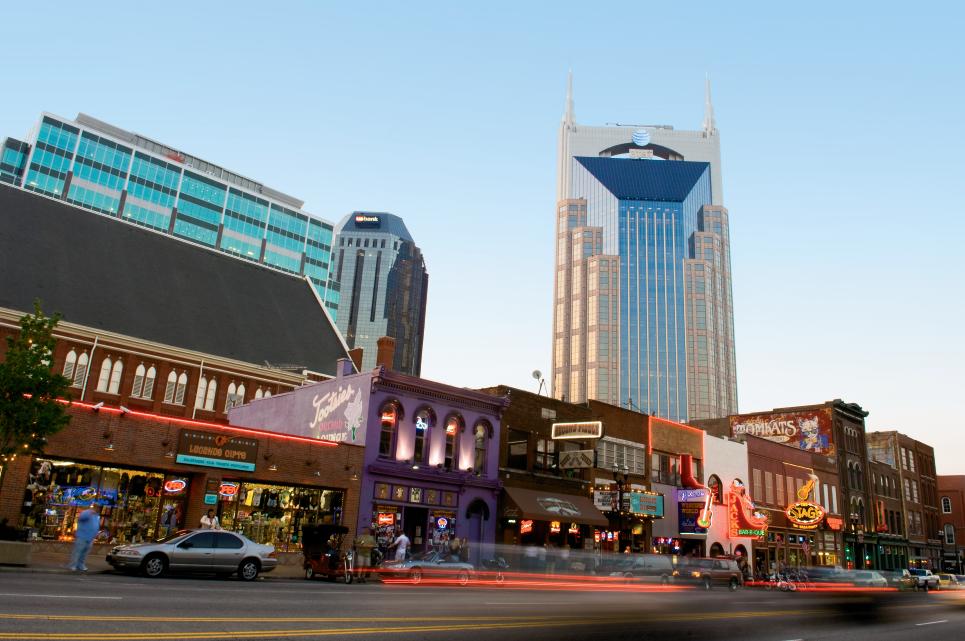 Nashville, TN keeps making “best of” lists and has recently earned honors for its nightlife, restaurants, economic health, wireless service, barbecue and, perhaps most important, its friendly people. Outstanding health care, affordable housing, a convenient location and surrounding natural beauty add to the allure of this internationally renowned entertainment capital. No wonder some 35,000 people a year are moving to the Nashville area. Here are eight reasons why you should consider joining the 635,000 folks who call the Music City area home:

Nashvillians cherish the relaxed, friendly feel of a smaller city coupled with the energetic vibe of a big city. People smile, make eye contact and still say, “Y’all come back.â€ It’s a Southern city, to be sure. But it’s also proud of its cultural diversity and reputation for innovation, especially in health care and technology.

Nashville more than lives up to its Music City nickname with 120-plus live music venues, where you can hear country, rock, pop, Americana and more. That’s not counting porches, backyards or overhearing who could easily be tomorrow’s next big star mindlessly humming a song an aisle over at the grocery store. Music is everywhere in Nashville. You can choose between a writer’s night in a dusty corner bar or a Nashville Symphony performance at the grand Schermerhorn. Then there’s the Nashville Jazz Workshop, the Nashville Opera, the … are you hearing me?

Nashvillians treasure their parks, trails and greenways, from the urban Riverfront Park to the lush woods of Percy and Edwin Warner Parks and their 2,700 acres of walking and biking trails, horse trails, a nature center, athletic fields, picnic places, golf courses and scenic views. More than a million people visit Nashville parks annually, and USA Today included it among 10 cities it identified as having the Best Urban Green Spaces in North America.

The area’s foodie scene is fast becoming one of its main drawing cards, saluted by everyone from The New York Times to Bon Appetit. The classic favorite: Nashville Hot Chicken, a fiery delight at Hattie B’s and elsewhere. But don’t miss the celebrated higher-end restaurants like The Catbird Seat, Husk and City House for inventive dishes by celebrity and soon-to-be-famous chefs.

The Tennessee Titans of the NFL. The NHL Predators. The Nashville Sounds Triple A pro baseball. College sports. And passionately revered high school football. You could very possibly see a game a week all year round.

Nearby communities have their own special charms. Franklin is known for its quaint, carefully restored downtown. Mt. Juliet is one of the area’s fastest-growing cities, attractive to young families and retirees alike. Dickson draws people with its beautiful countryside, Renaissance Center performing arts venue and nearby Montgomery Bell State Park. And Murfreesboro, south of Nashville, is a bustling, classic college town and historic county seat.

8. So Many Gems Off the Beaten Path

The possibilities are endless for adventuring during downtime, and you’ll find hidden and not-so-hidden treasures in and around town. A favorite way to spend a Saturday morning? Breakfast at the Loveless CafÃ© on the western edge of town (get there early, this one’s not-so-hidden), followed by a bike ride on the Natchez Trace Parkway, a beautiful and historic national park. Wind up in picturesque Leiper’s Fork for antiques and art shopping. Or, explore the funky, so-cool East Nashville neighborhood – hipster hot spot, foodie mecca and home to the Tomato Arts Festival each August.

Nashville more than lives up to its Music City nickname with 120-plus live music venues, where you can hear country, rock, pop, Americana and more.