Students in this East Tennessee community enjoy next-level learning opportunities, thanks to the Oak Ridge National Laboratory and other great neighbors. 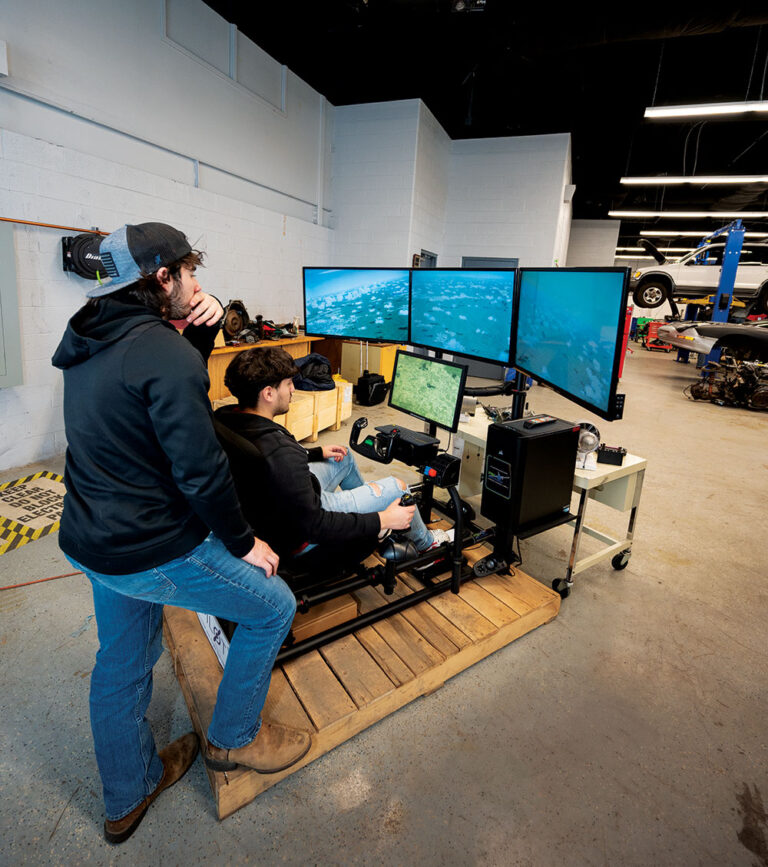 With Oak Ridge National Laboratory, Y-12 National Security Complex and some of the world’s most accomplished scientists in their backyard, Oak Ridge schools are able to draw from those resources to offer students next-level, hands-on learning experiences, which help better prepare students for college and local, in-demand careers.

“When Patrick first came to me with the idea, my initial reaction was ‘We don’t have the resources to do something like this.’ But after his encouragement and the encouragement of the school administration and several of the parents, I decided to give it a try,” Livesay says. “In fact, we ended up with a group of about eight scientists from Oak Ridge National Laboratory and Y-12 as well as parents who donated their time to help the kids put the proposal together to present to NASA.”

“They’ve learned how to research and solve complex problems. And they’re learning how to apply what they learn in the real world.”

Robertsville Middle students began designing and building the satellite — dubbed RamSAT after the school’s mascot — in 2015, and in 2021, it was launched into space by a SpaceX rocket from NASA’s Kennedy Space Center. At the suggestion of two of Livesay’s students who worked on the initial design, the satellite is gathering images of reforestation of the Great Smoky Mountains area damaged by fire in 2016.

“We’ve already started pulling down pictures, and what’s been great is that the high school students pulling the images were some of the same kids who worked on the satellite in middle school,” Livesay says.

Livesay says the skills students have learned from the project will prepare them for any successful career, not just those in STEM fields.

“In a typical class setting, it’s hard for students to see the real-life application of what they’re learning, but with a project like this, we learned about imaging satellites by actually building one.”

Oak Ridge Schools was awarded a Carl Perkins Reserve Grant to purchase parts as well as flight simulators for each of the system’s middle schools and the high school.

Work on the plane began with the 2020-21 school year, and LaDue says completion is expected to take several years. Once built, the airplane will be housed at one of the regional airports.

“We have about 1,000 hours of work left ,” says LaDue, himself a U.S. Air Force veteran with aircraft maintenance experience. “The students will do a lot of it, but we also have help from people in the community — people who have previously built aircraft. There will be a lot of nights and weekend work.”

Why Learn About Robotics at Oak Ridge High School?

In this class, students may come for the machines, but the leave lifelong learners. Meet the teacher who’s molding bright futures.

LaDue says the aerospace technology program, which includes two years of classroom and lab work, is one of the more popular courses at the high school.

“We began this class six years ago, and it was sparsely attended, and, at first, we had a little difficulty getting the information out for students to understand. Now, the slots are very hotly contested,” he says. “We have three different types of drones that students learn to fly. We have a high-end flight simulator. They can take an online Embry-Riddle course. They get as much experience and exposure to aviation as is possible without actually being in an aircraft.”

LaDue says the courses he teaches can have an immediate impact on the region’s workforce.

“The aviation industry is going to need huge amounts of people soon because a lot of people are my age, and they’re retiring,” he says. “We have to train young people now to take their place. The hope is that high school is no longer the place where you prepare to get ready for a career but a place where you are ready to step into a career as soon as you graduate.”

Lab in a Box

To help promote STEM education in rural communities, the East Tennessee Economic Council partnered with Roane State Community College to launch the Lab-in-a-Box project. The project supplies middle schools in nine East Tennessee school districts with science kits. Initially, the materials in the kits focused on math, biology, geology and chemistry, but newer kits include lessons about robotics, fossils and friction. Click here to learn more about the program.