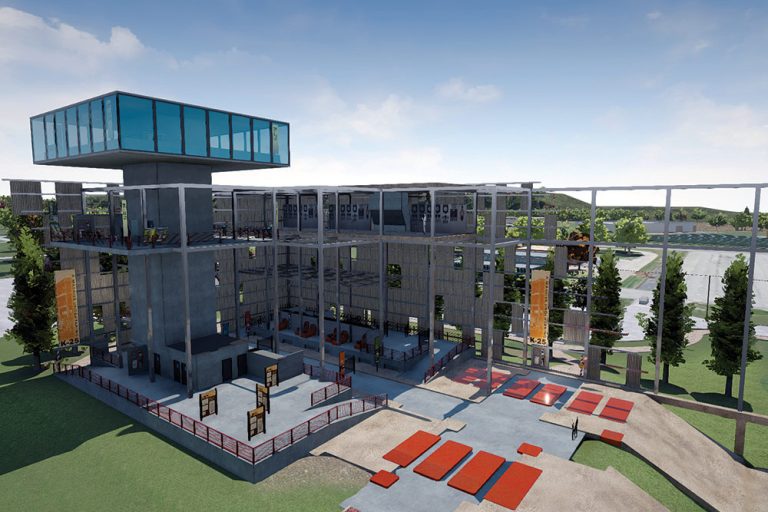 The success of the Vision 2020 initiative at Oak Ridge’s East Tennessee Technology Park (ETTP) will close one door by marking the first time anywhere in the world that a uranium enrichment complex has been cleaned and removed. It will then open another door by making the area available for new uses.

Building K-1600 was the last major demolition project scheduled at the Gaseous Diffusion Plant site. For years, it was a test and demonstration facility for uranium enrichment centrifuges at the ETTP.

The building’s removal by cleanup contractor UCOR, an Amentum-led partnership with Jacobs, is a key to achieving the company’s and Oak Ridge Office of Environmental Management’s Vision 2020.

Oak Ridge is Welcoming Everyone Home

“UCOR, the U.S. Department of Energy’s (DOE) environmental cleanup contractor, has made a tremendous amount of progress at the ETTP and is scheduled to complete major cleanup at the site this year. Since contract inception in 2011, UCOR has demolished facilities at ETTP, totaling more than 5.5 million square feet of buildings and structures,â€ says UCOR spokesperson Susanne D. Dupes.

UCOR has also removed a significant amount of soil, she says.

Over four decades, the 2,200-acre ETTP was home to a complex of uranium enrichment facilities. Activities began with the Manhattan Project, the effort during World War II to develop an atomic bomb.

Water is Flowing Out of Oak Ridge

In addition to its defense work, the facility produced enriched uranium for the commercial nuclear power industry. In 1987, DOE closed the site. Since then, contaminated buildings, soil, sediment and groundwater have required removal.

Building K-1600 was adjacent to the mile-long, U-shaped K-25 Building, which was once the world’s largest building. The 40,000-square-foot K-1600 was transferred to cleanup contractor UCOR in September 2019 to complete deactivation and demolition.

Removing K-1600 will increase access to the K-25 Building footprint, which is part of the Manhattan Project National Historical Park.

While cleaning up the Gaseous Diffusion site, Oak Ridge’s Environmental Management program has removed facilities encompassing 12 million square feet of space, transferred more than 1,200 acres for economic development and placed more than 3,000 acres in a conservation easement for community recreational use.

“We are on track to achieve DOE’s Vision 2020 goal, which is to complete major cleanup at the ETTP by the end of this year. There will be a celebration to recognize all of the men and women who have made an accomplishment of this scale possible. There is not a firm date yet, but it will be later in the year to display the transformation that was achieved at the site,â€ Dupes says. 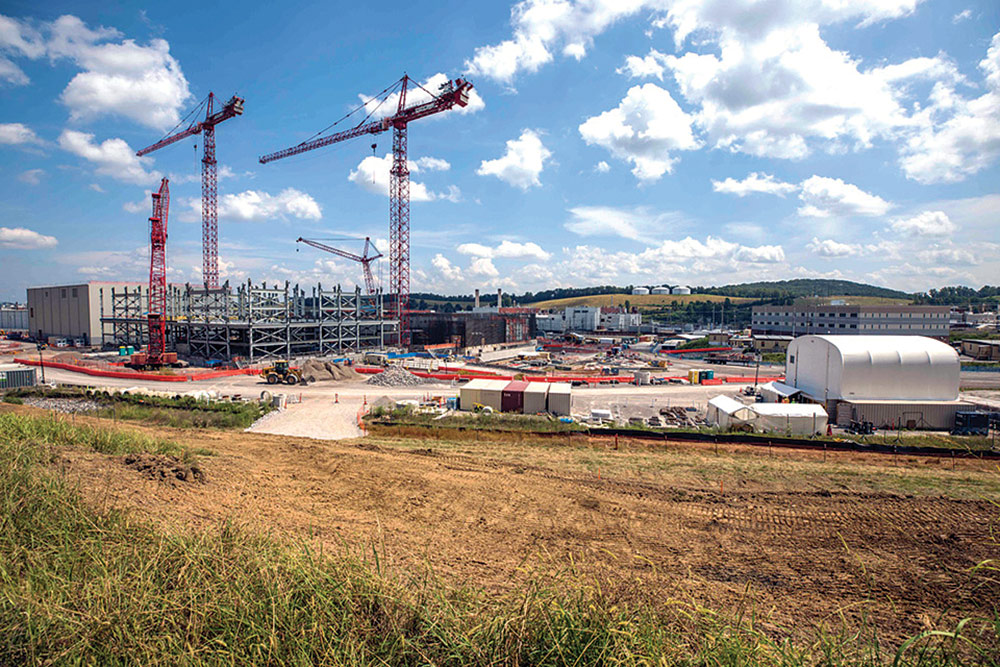 The Uranium Processing Facility (UPF) rising at the Y-12 National Security Complex will enhance the nation’s safety and security. The $6.5 billion project is also having a significant impact on the local economy.

The project, on track for completion by the end of 2025, will replace an early-Cold War plant with a modern, more efficient and safer facility for conducting highly enriched uranium operations at the Y-12 National Security Complex.

The state-of-the-art complex will ensure the long-term viability, safety and security of uranium enrichment in the United States. It will also support the nation’s nuclear weapons inventory and provide capability for downblending of uranium to prevent the spread of nuclear weapons.

The UPF will provide uranium fuel for U.S. nuclear-powered Navy submarines and aircraft carriers. It replaces facilities dating back to the World War II Manhattan Project and Cold War-era that are inefficient and costly to operate and maintain.

The $6.5 billion UPF is one of the Department of Energy’s largest investments in Tennessee since the Manhattan Project and one of the National Nuclear Security Administration’s largest construction projects. “At the peak of construction, we will employ 2,200 people. We currently employ approximately 1,500 people,â€ says project spokesperson Kathryn King.

If you’d like to learn more about the Oak Ridge area, check out the latest edition of Livability: Oak Ridge, TN. ,,,,,,,