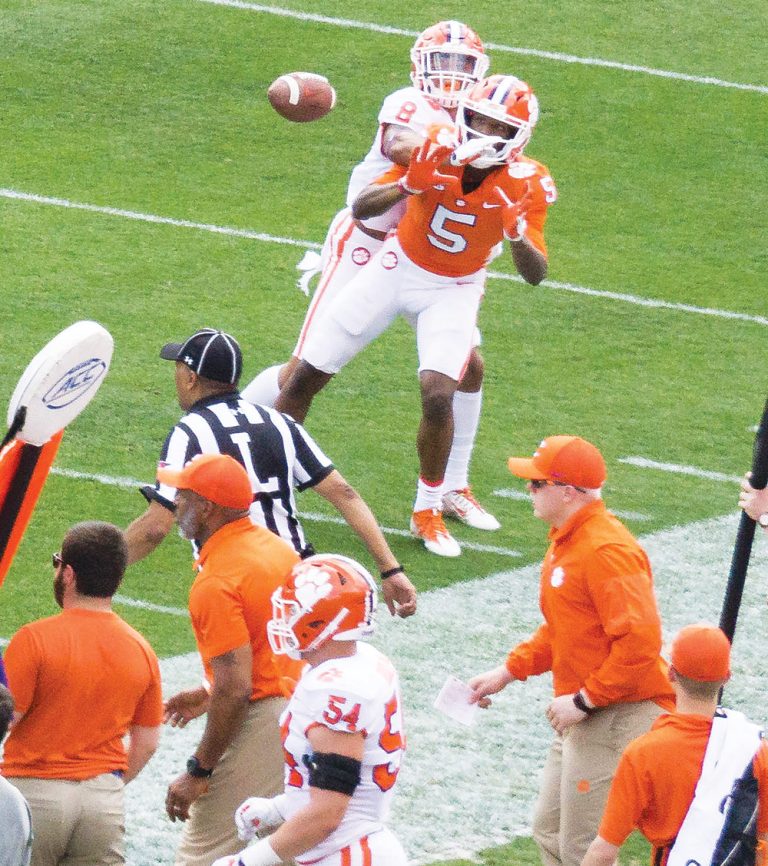 For a community known for technology, music and sports, it stands to reason it has produced exceptional talent in these and other areas. Here are a few examples of people who have ascended celebrity status for innovation in these fields.

The Pulitzer Prize Goes To…

Ellen Reid grew up here and was a 2001 graduate of Oak Ridge High School, and in 2019, she won the Pulitzer Prize in music. She captured the prestigious award for her debut opera titled “p r i s m.”

“I still remember with fondness my time in Oak Ridge,â€ Reid says. “It was great being a kid in Oak Ridge Schools, and I got involved in the show choir and sang in the church choir at First United Methodist. Those are some of my first experiences with music.”

Reid earned her bachelor’s degree in fine arts from Columbia University and her master’s degree in arts from the California Institute of the Arts. She then lived in Thailand for 2.5 years, where she taught music at an international school and worked with Thai musicians at a theater in Bangkok.

Today, she splits her time between Los Angeles and New York City, working as a composer and sound artist.

“My parents, Randy and Karen, still live in Oak Ridge, while also spending retirement time in Florida, and I still keep in touch with some of my mom’s friends in Oak Ridge,â€ Reid says. “In fact, ‘p r i s m’ will be staged at the Kennedy Center in 2020, and several people from Oak Ridge will be in attendance.”

Reid credits great teachers in the Oak Ridge Schools for pushing her further in music, getting her interested in the whole science of musicology and computer music.

“Winning the Pulitzer is great, but I’m still just a music devotee involved in many projects to make ends meet,â€ she says. “As for Oak Ridge, it will always hold a warm place in my heart.”

Dr. Kai-Fu Lee, a leader in the field of artificial intelligence and the former president of Google China, attended St. Mary’s Catholic School in Oak Ridge and graduated from Oak Ridge High School in 1979. Today, he oversees a capital investment company called Sinovation Ventures that invests in early stage technology in internet, mobile computing, software, robotics and education sectors for customers in China and the United States.

Lee also authored a New York Times bestselling book titled “AI Superpowers: China, Silicon Valley, and the New World Order,â€ and he was honored May 6, 2019, with a “Dr. Kai-Fu Lee Dayâ€ here when he returned to visit students at St. Mary’s. On that day, Lee told students he still remembers how the Dominican Sisters at St. Mary’s taught about compassion, care and creativity. He also specifically recognized Sister Mary David for helping him learn English, and Mrs. Benita Albert for being such a great math teacher at Oak Ridge High School.

Fit to a Tee

Tee Higgins was a football and basketball star in Oak Ridge, then went to Clemson University to play football from 2017-2019 for the Tigers. Wearing No. 5, he played a key role as wide receiver on Clemson’s national football championship team that defeated the University of Alabama 44-16 in January 2019.

In April 2020 during the 85th annual NFL Draft, which was conducted virtually, Higgins was chosen by the Cincinnati Bengals. Bengals officials point out that the speedy, 6-foot-4, 210-pound man has the ideal build for an NFL wide receiver.

Water is Flowing Out of Oak Ridge

In Oak Ridge, Higgins won a Tennessee Titans Mr. Football award both in 2015 and 2016, and he was named a Mr. Basketball finalist as a junior in Class AAA in Tennessee in 2016.