Learn why Oak Ridge is a destination of choice for retailers, technology-related companies and individuals, and families looking for an unparalleled quality of life. 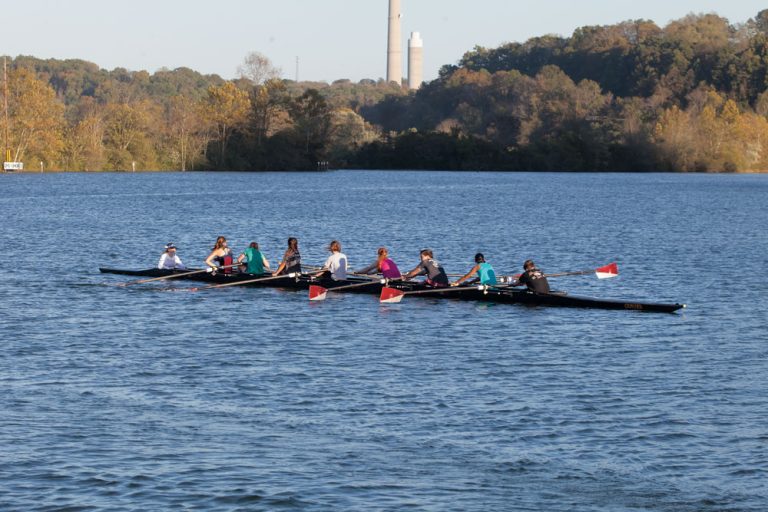 Known as the “Secret Cityâ€ for its role in the development of nuclear energy, Oak Ridge remains at the forefront of the nation’s strategic defense while also firmly establishing itself as a destination of choice for national retailers, technology-related companies and residents attracted by the strong economy and unparalleled quality of life.

“All of this plays into an overall elevation of economic activity and the quality of life,â€ Chamber of Commerce president and CEO Parker Hardy says of the city’s economic growth.

The most visible example of that growth may be Oak Ridge Main Street. With a half-million square feet of commercial space, the development has transformed the site of the former Oak Ridge Mall into an energetic town hub with a growing selection of retailers and restaurants. It will include office space, a 120-room hotel and residential units.

The American Museum of Science & Energy will be located at Oak Ridge Main Street, and the museum’s current location will become a new shopping destination, says Hardy.

Other efforts involve creating a sense of place through development of Jackson Square as an original central market area that boasts unique local shops and eateries and a busy farmers market. Nearby Blankenship Field is also undergoing renovations, Watson says.

The city has taken riverfront development to the next level with the eighth rowing lane project at the Oak Ridge Rowing Course on Melton Lake, which enables the city to host the NCAA Women’s Rowing Championships in 2020.

At ORNL, the Oak Ridge National Laboratory, the new Summit super computer will enable researchers to explore with greater complexity and higher fidelity some of the world’s most pressing challenges. Summit has five times the performance of the existing Titan system.

ORNL, now managed by UT-Battelle of the U.S. Department of Energy, has a staff of 4,500 including engineers and scientists in more than 100 disciplines. At the Y-12 National Security Complex, work has begun on a new uranium processing facility for which $6.5 billion has been budgeted.

Currently the site manufactures parts for every nuclear weapon in the U.S. arsenal. It has about 4,700 employees and about 1,500 contract workers.

From Laboratory to Market

Technology developed at ORNL has world-changing potential when it reaches the private sector. After the Manhattan Project, for example, the facility was the birthplace of nuclear medicine. Researchers have developed important new alloys, ceramics and composite materials, says Tom Rogers, who is in charge of overseeing technology transfer at the laboratory.

A recent example of a breakthrough is in 3-D printing on a large scale, called big-area additive manufacturing.

“We’ve printed cars, molds for an airplane wing, an excavator, a miniature submarine. 3-D printing will revolutionize how manufacturing is done in this country,â€ Rogers says.

ORNL issues about 30 technology licenses a year to companies across the United States. Many of those companies find distinct advantages to being located in Oak Ridge, close to ORNL.

Pro2Serve, for example, is a local company formed around software licensed from ORNL. LED North America, another local business, licenses a graphite foam material that it uses to create energy-efficient lighting for sports arenas.

Another local company, General Graphene, is using technology developed at ORNL to create an incredibly thin and strong material. The company has had great success raising venture capital, Rogers says.

“The ORNL is the nation’s largest science and energy laboratory, and because of that we have the opportunity to have a real impact on the U.S. economy. We’ve had billions of dollars of impact on the economy,â€ he says.

Oak Ridge has put together all the pieces to create a great place to live, work and raise a family, Watson says.

“Our community is just the right size, reflecting a diverse background and strong interest in education. The city has worked to preserve green belt corridors and pathways allowing for healthy outdoor lifestyles. Our proximity to local waterways attracts those who appreciate the natural beauty of East Tennessee,â€ he says.

Why Oak Ridge, TN is a Great Place to Live

We’ve Got the Power

Oak Ridge Utility District has delivered natural gas to businesses and families in Anderson and Roane counties ever since it became an independent non-profit utility in 1951. ORUD distributes its energy to more than 13,000 customers, and inspectors can even advise customers on the best energy-efficient appliances to purchase to meet individual needs.

Meanwhile, Oak Ridge Electric Department, which is part of the City of Oak Ridge, has served customers in both counties since 1936. Today the department has more than 15,000 members and maintains more than 270 miles of transmission line. It also offers customers energy efficiency programs through a partnership with the Tennessee Valley Authority.