Here's a guide to help you unlock the locations that are central to the Secret City. 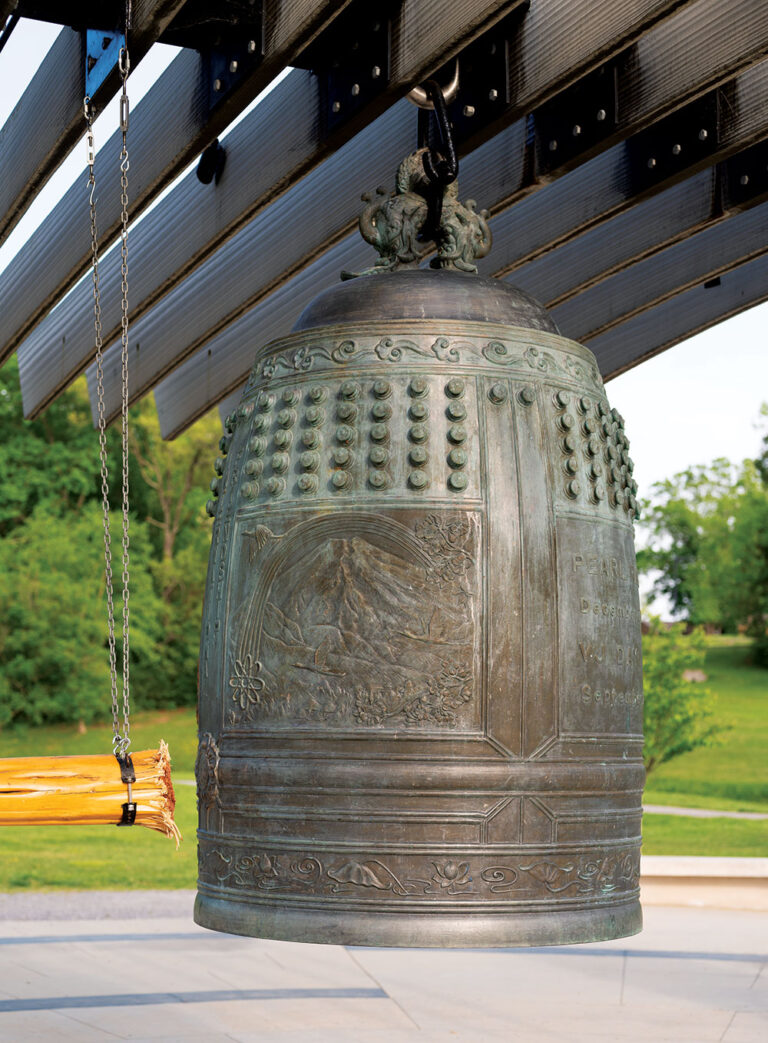 Oak Ridge is rich in its history. The “Secret City” played a pivotal role in the Manhattan Project that ushered in the atomic age. If you are a history buff, city historian Ray Smith suggests that you check out these seven historic sites in Oak Ridge.

A further testament to the ties of peace between Oak Ridge and Japan is the 8,000-pound, bronze International Friendship Bell, located in A.K. Bissell Park. The bell’s two outer panels were designed by Oak Ridge artist Suzanna Harris. It was cast by Sotetsu Iwasawa in Kyoto, Japan. The 7-foot-tall bell was the vision of Oak Ridge residents Ram and Shigeko Uppuluri to celebrate the peace and unity of Japan and Oak Ridge after World War II.

Who Are the Scarboro 85?

The lobby, officially part of the Manhattan Project National Historical Park, is just a short walk from Jackson Square. The house was built in 1943 and known once as the Guest House and afterward as the Alexander Inn.

During the Manhattan Project, visiting scientists often used assumed names to avoid bringing attention to their visit. One visit by Robert Oppenheimer, the physicist who directed the Los Alamos National Laboratory, is documented by an Ed Westcott photograph that also captured the fireplace mantel in the photograph. That photograph is framed and sits atop that same mantel today along with other historical displays in the main lobby.

3. Visit the United Church, Chapel on the Hill

Built as one of three such churches during the Manhattan Project, today the location is one of the most photographed in Oak Ridge. The church later received a Japanese Cherry tree that now stands in the parking lot, donated by the Hiroshima Boys School. And it still continues to be an active and welcoming religious fellowship.

At A.K. Bissell Park, you can find a monument dedicated to the seven years Oak Ridge was truly a “secret city” behind closed gates. There are markers for each of the seven years describing what occurred in each year and plaques detailing the different facilities in Oak Ridge at the time.

Here, You Can Walk and Talk With the Doctor

An example of excellent health care in Oak Ridge can be seen in a physician, whose daughter inspired him to start the East Tennessee chapter of Walk-with-a-Doc.

Visitors will also want to take note of the Alphabet Houses, also located near Jackson Square, which were designed to accommodate the 75,000 residents during the Manhattan Project.

The homes were made of Cemesto, a mix of cement and asbestos, and their designs varied based on the sequence of letters in the alphabet, where letters that appear later would have more square footage and would likely house more people than, say, Type A houses.

Yet more history resides in the Grove Theater, built between 1943-1944 with the initial intent of being a concert auditorium. Before it became a movie theater, the venue served as a place of musical entertainment during the Manhattan Project (for example, Wally Fowler and the Georgia Clodhoppers, whose Harmony Quartet later became the Oak Ridge Boys, played there). Upon completion, it sat 1,000 people. The first movie screened there was “Hail the Conquering Hero” for an admission of just 35 cents for an adult.

There are some 20 wayside markers placed by the Manhattan Project National Historical Park and Explore Oak Ridge that highlight historical locations within the city…find them all and learn even more about Oak Ridge’s history.

7. Walk Where Settlers Once Roamed

To go even further back in history, take a stroll down the greenway path beside Emory Valley Road. This path follows a portion of the historic Emery Road, cut and cleared in 1787 and the road first used by settlers going west. There is also a historical marker near a remaining rock pillar bridge beside the Oak Ridge History Museum parking lot commemorating the original Emery Road and the bridge placed on the route around 1900.

Additionally, there are some 20 wayside markers placed by the Manhattan Project National Historical Park and Explore Oak Ridge that highlight historical locations within the city…find them all and learn even more about Oak Ridge’s history.

Get to Know Oak Ridge

Want to learn more about living and working in Oak Ridge, TN? Check out the latest edition of Livability Oak Ridge, Tennessee.