Skip to content
Home > TN > Oak Ridge > Experiences & Adventures > How Oak Ridge, TN Does Outdoor Recreation Like No One Else

How Oak Ridge, TN Does Outdoor Recreation Like No One Else

The Secret City is the hotspot in Tennessee for natural beauty and outdoor recreation. 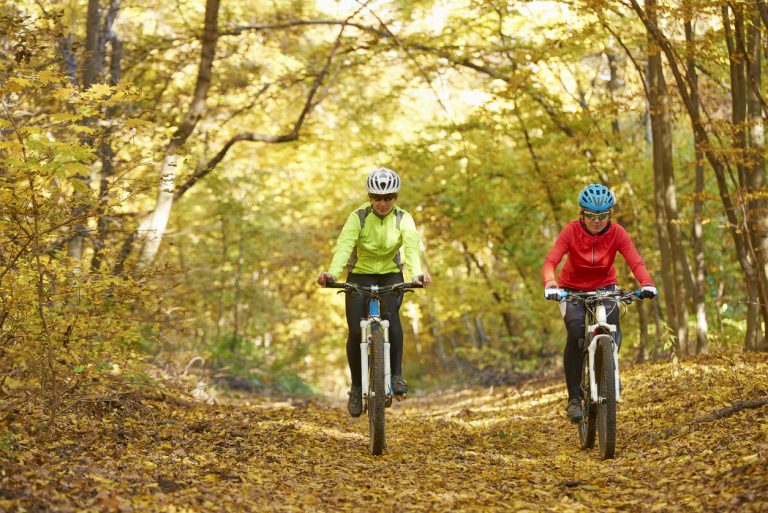 Jon Hetrick, City of Oak Ridge’s recreation & parks director, says the area is a hotspot for outdoorsy types because the region has a moderate climate. Locals are known to enjoy the outdoor landscape nearly year- round and especially from April through October. Not far away is Knoxville, which also has a strong and growing base of outdoor recreation enthusiasts, who venture over to explore the beautiful terrain.

Oak Ridge is also home to Oak Ridge National Laboratory, which attracts a well-educated population that values recreational opportunities. In Hetrick’s words, “you’ve got a community really engaged in recreation.”

The city has worked to embrace and foster those values through its planning initiatives. Hetrick says there’s “lots of open space,â€ by design, which provides the ideal backdrop for such activities as hiking, bird-watching and biking. The city has done a masterful job of dedicating space for youth recreation, as evidenced by its 10 community playgrounds. Hetrick says one in particular stands out, because it was built entirely with recycled materials, with the help of about 300 volunteers.

The trails system alone is impressive. The City of Oak Ridge, with a population of about 30,000, boasts nearly 100 miles of trails. Particularly noteworthy are the “greenbelts,â€ smaller trails located in neighborhoods. According to the City, Oak Ridge has 48 greenbelt districts comprising approximately 1,566 acres of forested greenbelts that serve as buffers between neighborhoods and offer miles of shaded walking trails for residents.

Hetrick says the trails are primarily used for recreational purposes, but in future could be used for “alternative transportation.” He cited the proposed Rails to Trails project, which would convert a few miles of former railway into a bicycle and pedestrian trail. Locals also enjoy their golf on the city’s two courses — one private and one public.

Just as popular as land sports are water sports in Oak Ridge. Hetrick says the area has some of the best rowing and kayaking courses in the nation.  The city pool is unusual in its own right, as the 1.25-acre unit is spring-fed, making it one of the largest of its kind in the country. Other local amenities include tennis courts, soccer fields, disc golf courses, baseball fields and even a skate park.

When it comes to taking advantage of the recreational opportunities available, Savannah Ward has taken it to the hilt. The 17-year-old is a member of the 2017 USA Archery Junior Dream Team and currently training under a prestigious coach. Coach Laval Dee Falks is a level five Olympic coach from Nashville, which means he’s attained the highest level possible on a national scale. Ward first started to pursue the sport about five years ago, after being inspired by The Hunger Games.

She trains near her home and also makes use of the Oak Ridge Sportsmen’s Association’s facilities. When she’s not practicing you can find her studying for one of her AP classes or watching YouTube videos to improve her craft. She makes a point to train with her coach – who she says is her role model – once a month.

“He’s got some good life advice,â€ she says. “He’s inspired me to be a better person and athlete.”

Ward says her family and the community at large is supportive of her efforts. And society as a whole is more accepting of women in a male-dominated sport because they are proving themselves.

“Women are starting to shoot higher scores across the grid,â€ Ward says.

Vicki Wallace and Melissa Peplow are proving themselves in a different way. The two first met in 2008 through martial arts, and today they compete together in races, both local and beyond. Their efforts are particularly noteworthy, as both face physical disabilities. Wallace has suffered strokes that have left her in a wheelchair, with limited use of her left side. Peplow has a rare congenital visual impairment and is legally blind. Wallace uses all the strength she has in her good arm and leg, while Peplow greatly assists.

Neither has let their limitations hold them back from achieving their physical fitness goals, though. They are each other’s accountability buddy and motivator. What started as a way to simply get out of the house has transformed into so much more. The pair first competed in a charity 1-mile walk in 2011 and over time have graduated to marathons.

Their first 5k was a turning point.

“We realized at that point that we were competitive,â€ says Peplow, noting that the gravity from Wallace’s chair provided momentum.

They are equally as inspiring as they are competitive. Peplow and Wallace train about four days a week on the trails in Oak Ridge.

“There are some times we can’t even get through our run because people are talking to us,â€ says Peplow.

They’ve heard stories of local people deciding to quit smoking and start exercising – all because of the example they’ve set.