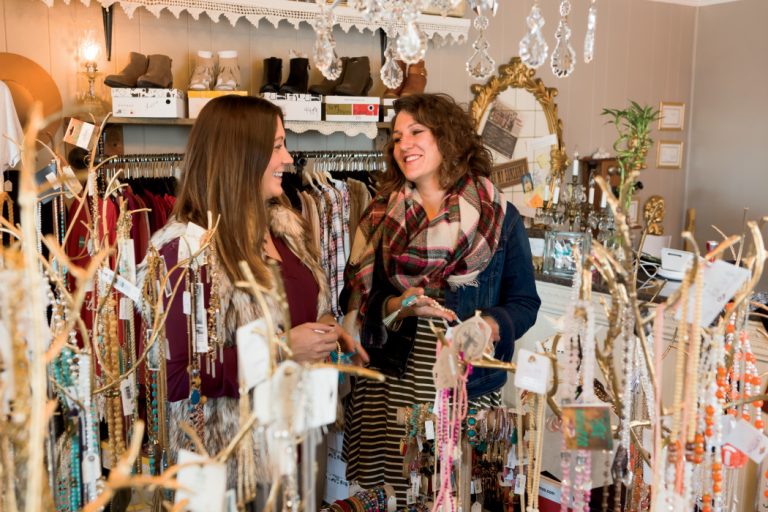 When it comes to retail in Oak Ridge, TN, old blends with new, big works with small, and national fits with local.

As a result, according to those involved in the city’s retail industry, Oak Ridge residents realize the benefits through a stronger economy, a more robust reputation and an increasingly higher quality of life. Working together, the independent startup stores, the more established mainstays and the big developments can lead to a thriving retail scene.

“Certainly people want to shop where they live instead of driving to another city or another town,” says Neil Wilson, principal with the developer that has been working to transform the old Oak Ridge shopping center and mall into what will eventually be a mixed-use development fronted with a number of national retailers.

“From a quality of life standpoint, it’s a convenience having it at your front door, so to speak, instead of 15-20 miles away,” added Wilson, who is with Greenville, S.C.-based RealtyLink. “You’re able to spend a lot more time with your family or your friends. It’s just a better shopping experience when it’s in your hometown.”

Wilson says the development, Main Street Oak Ridge, which begins with retailers in spring 2017 and later will bring restaurants, residential units and a hotel, will be a game-changer of sorts. Once all phases are complete, it will be a $75 million to $110 million project. The list of national stores includes Dick’s, T.J. Maxx, Electronic Express, PetSmart, Rack Room and others, as well as the existing Belk and JCPenney. The first stores are expected to open by spring 2017.

“It always comes in waves,” Wilson says. “We’re in the middle of the first wave. What will happen next is another wave of tenants. Then that will increase the likelihood of more (residential), more hotels, offices. One feeds on the other.”

Ann Bratton’s family has been watching the ebb and flow of Oak Ridge retail since 1955, when her father, grandfather and another business partner launched the Downtown Hardware store at the same time the former Oak Ridge shopping center opened alongside it. Bratton says the independently run store is ever watchful for ways to set it apart from similar or larger retailers.

“It’s been a combination of things,” Bratton, who owns Downtown Hardware with her brother, Roger Clary, says of the store’s longevity. “Other larger chains have opened up through the years. We’ve tried to take a look at what new is coming in and keep our firm belief in taking care of the customer. It’s more about relationship-building with the customer and service after the sale, rather than just selling an item.”

Of course, Bratton and Clary compete with – and benefit from – an entity their parents didn’t face in the early days of the store: the Internet.

“We do have a website, and you can order things online and have them delivered to our store for pickup,” Bratton says, “but the majority of our customers really want to come in to the store and physically see the merchandise and ask to be explained how to use it.

“We have to be adaptable. That’s the biggest thing we’ve learned over the years.”

At the other end of the spectrum from the long-established Downtown Hardware is the much younger Southern Bliss Boutique, a ladies clothing and accessories store that opened in January 2016. Owned by retired Oak Ridge school teacher Denice Parten and her daughter, Meghan O’Neal, the shop has found quite the niche in Jackson Square.

“I think there was a need in Oak Ridge for what we have and the quality of what we have,” Parten says.

Parten believes wholeheartedly in the marketing concept of word-of-mouth, and though her boutique may not have the economic impact that a large department store could have in numbers, it’s nevertheless a key ingredient for the success of Oak Ridge’s retail scene.

“I think that what we have is going to help Oak Ridge business-wise,” she says. “Yes, it’s great to have the big box stores and all that, but people want personal service.”