There is something for everyone in the 'Secret City.' 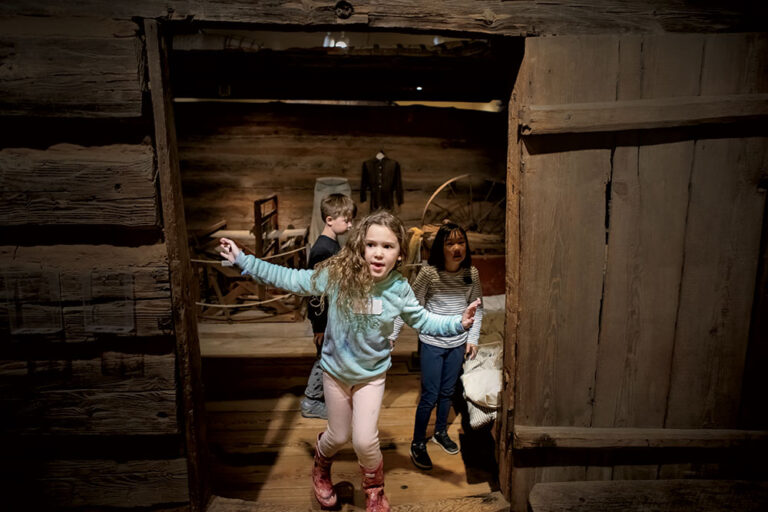 Shhhh, t’s a secret! Well, not anymore. Created to be the home base for the Manhattan Project during WWII, this once-secret city is now thriving, offering residents affordable housing, high quality schools, outstanding outdoor activities and plenty of career opportunities.

If you’re looking for a new place to call home, here are some glimpses into why you should consider relocating to Oak Ridge, TN.

As a longtime member of the Tennessee Arts Commission, the Oak Ridge Art Center (ORAC) has played a key role in the community since the organization formed in 1952, further adding to the region’s unique flair. The center’s programs, galleries and studios serve about 50,000 visitors each year, and the ORAC staff is involved in several annual festivals hosted throughout Oak Ridge.

The center has a permanent collection of artworks as well as rotating exhibits. Recent special showings include Metamorphosis IV: Recycle to Art, Women’s Work: On the Bright Side and Bits ‘n Pieces Quilting Highlights. In addition to Anderson and Roane, the ORAC attracts people from a number of surrounding counties. 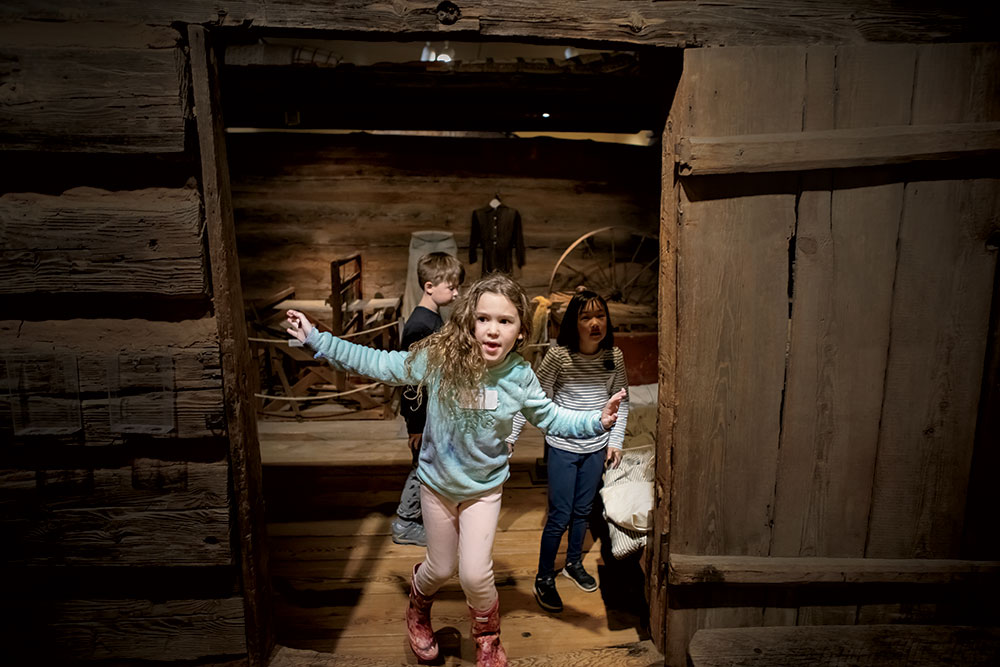 First conceived as a Girl Scout project, the Children’s Museum of Oak Ridge opened in 1973 in the library of the former Jefferson Junior High School.

In 1974, it was moved to the former Highland View Elementary School, where it still operates. The building was constructed in 1944 and is on the National Register of Historic Places. The 54,000-square-foot building features 25 former classrooms and is outfitted with numerous interactive exhibits.

Some of the most popular displays are The Rainforest, Model Trains, At Home in Appalachia, The Bird Room, The Dollhouse, A Century of Toys and The 1930s Schoolroom. The museum will celebrate its 50th anniversary in 2023.

Oak Ridge earned its nickname “The Secret City” due to its hush-hush involvement in the Manhattan Project, but the element of mystery has not yet left the region. A facility that still thrives today where classified scientific and engineering innovation is involved is the Y-12 National Security Complex. It retrieves and stores nuclear materials, fuels the nation’s naval reactors and performs complementary work for other government and private-sector entities. 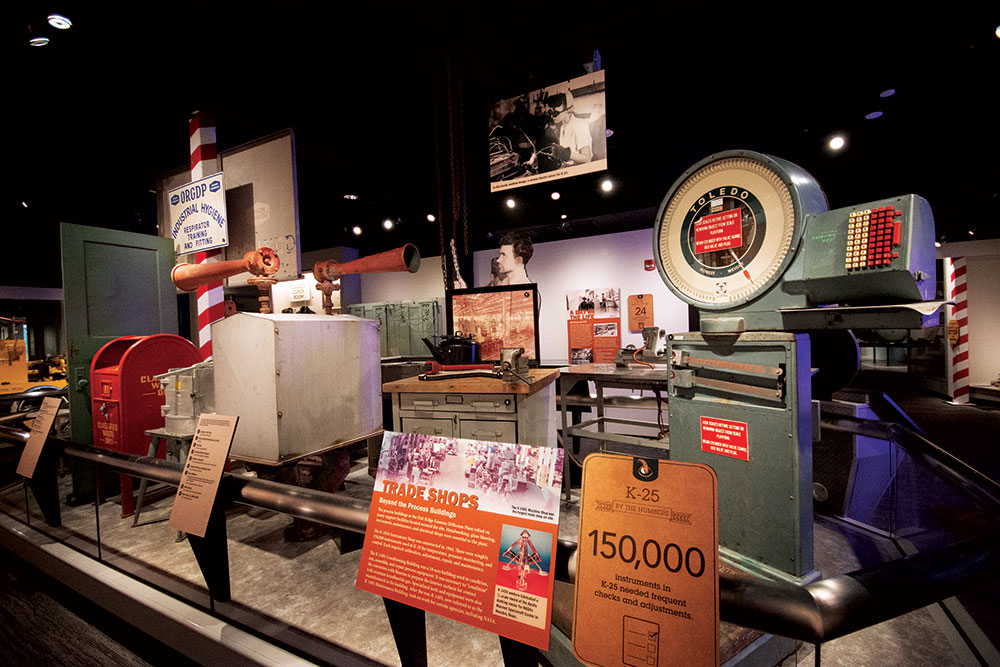 Making the first atomic bombs required separating uranium 235 from natural uranium or producing plutonium. Scientists tried both ways. Uranium 235 was separated and enriched at Oak Ridge and plutonium was produced in uranium reactors at Hanford, WA. K-25 was one of four facilities in Oak Ridge and the code-name given to the top-secret program. It enriched uranium using the gaseous diffusion method. S-50, Y-12 and X-10 were the code names for the other facilities contributing to making the atomic bomb.

To showcase their achievements, a new K-25 History Center opened in 2020 on the second floor of the city’s existing Oak Ridge Fire Station Number 4. With its motto “Sharing America’s Biggest Secret,” the center features interactive galleries and an on-site theater that further highlights the K-25 accomplishments.

Turning Back the Clock

Want to dig a little deeper into Oak Ridge’s past and the people who used to call it home? The new Oak Ridge History Museum has just what you are looking for, it shines a light on the “human side” of people’s day-to-day lives during the time of the Manhattan Project.

The museum features many artifacts and a large collection of 1940s and 1950s photographs. Also on display is a model of the city’s still-standing United Church, Chapel on the Hill that was shared by residents of all religious denominations.

Another feature is a 1945 map of the city as well as a telephone switchboard from Oak Ridge Associated Universities. 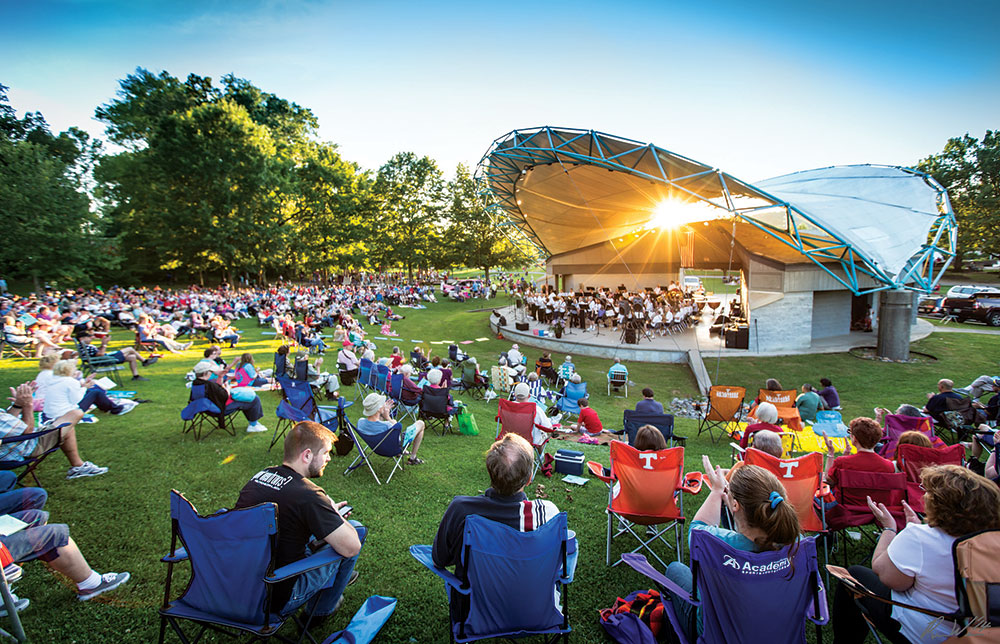 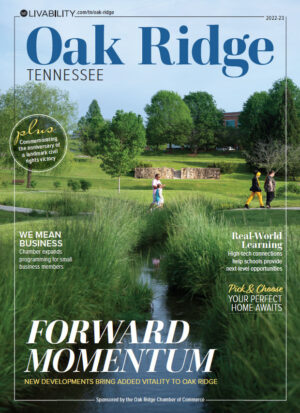