Oak Ridge is Welcoming Everyone Home 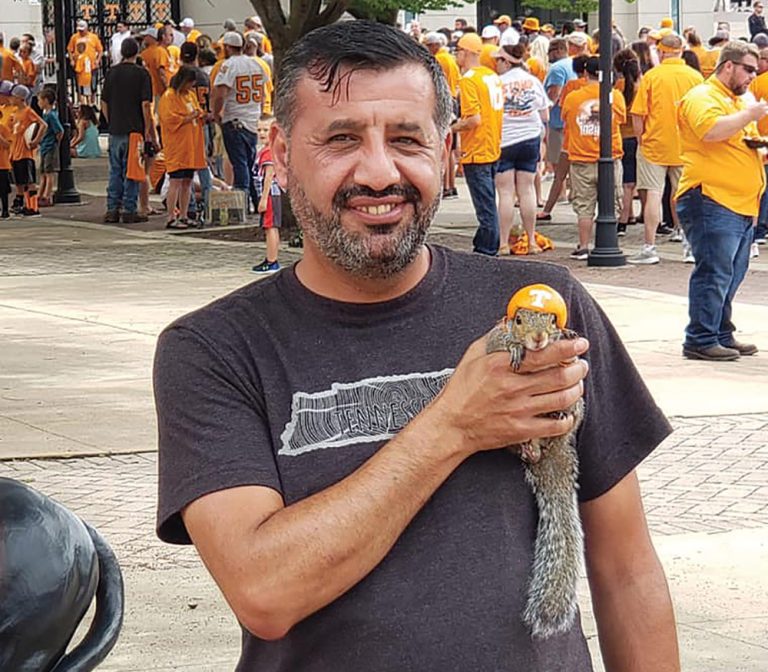 Communities nationwide have begun looking more carefully at their inclusivity quotient – how open and welcoming they are to people of all cultures and walks of life. Here, that spirit is part of the city’s legacy, dating back to World War II as a place founded by bringing people together from all over the country and even the world.

Today, Oak Ridge is imbued with that same welcoming spirit, as newcomers (pets included) feel at home and connected to their community. Just a few people who’ve experienced that feeling share their stories.

Strike Up the Band

Originally from Chattanooga, TN, Alex Cantrell has spent several years throughout East Tennessee as a professional musician and teacher. He’s played his main instrument, the French horn, professionally since 2008, performing with multiple symphonies.

Impressed by a number of amenities – a good school system, an impressive dining scene and cultural offerings like the Oak Ridge Symphony and the Children’s Museum – Cantrell and his wife, Julia, who had gotten a new job in Oak Ridge, moved to the city in 2010. The two now have a 5-year-old son, Alex, and Cantrell is the band director of Jefferson Middle School.

Cantrell says he’s been impressed by how Oak Ridge is a truly tight-knit, well-connected community. As an example, he was stopped by a stranger at a local store who relayed to him that she attended a Jefferson Band concert a few days earlier.

“She wanted to tell me how much she enjoyed the concert,â€ Cantrell says. “It was a truly humbling experience and helped me to recognize the awesome responsibility of continuing a small part of Oak Ridge’s long tradition of excellence.”

Dr. Saad Aqqad managed the Walgreens in Oak Ridge for a decade before deciding to open up his own pharmacy, Oak Ridge Pharmacy on Main Street West.

“I fell in love with the community and wanted to take care of my patients on a more personal level,â€ Aqqad says. “I wanted to make a difference here.”

Opening his own pharmacy helped him get back to why he got into the field of pharmacy in the first place – treating patients like family and achieving therapeutic outcomes.

“Also, the opportunity to give back to Oak Ridge and surrounding areas is huge for me, whether that’s by helping at local schools, senior centers, with local doctors or charities,â€ Aqqad says.

Saed Awad is the owner of a popular food truck, Awad-O-Food, which sells Greek, Mediterranean and Middle Eastern dishes, but he’s also well-known around town because he is the companion to Sinan the Squirrel. In 2018, Awad found the squirrel abandoned and took him in as a rescue.

“I saved him when he was a few days old,â€ Awad says. “I tried to release him several times, but he never left my side.”

The Scoop on the Secret City

Keep an eye out for Sinan at Vols games: He dresses up in adorable gameday outfits, donning a Vols T-shirt and mini helmet. If you’re wondering where the squirrel-size attire comes from, Awad buys the fabric and tailors it to fit Sinan. As for the squirrel’s helmet, he started with an orange peel, but then bought a mini helmet and melted it so it would fit Sinan’s little head.

Awad has lived in Oak Ridge since 2005 and considers it his hometown.

“I love how nice everyone is here,â€ he says. “They love my food, and they love Sinan so much.”

Four-legged residents are welcome in Oak Ridge, too, and they can play with fellow furry friends at The Houndry while their humans are at work. Amanda Lovegrove and Leah Hunter, co-owners of the doggy daycare, say their clients often tag them in pictures or send videos of their pups passed out in the car or on the couch after a fun day of play. Some owners even tell them their dogs get excited when they’re close to doggy daycare.