Rutherford County, TN Has A Variety of Business Advantages 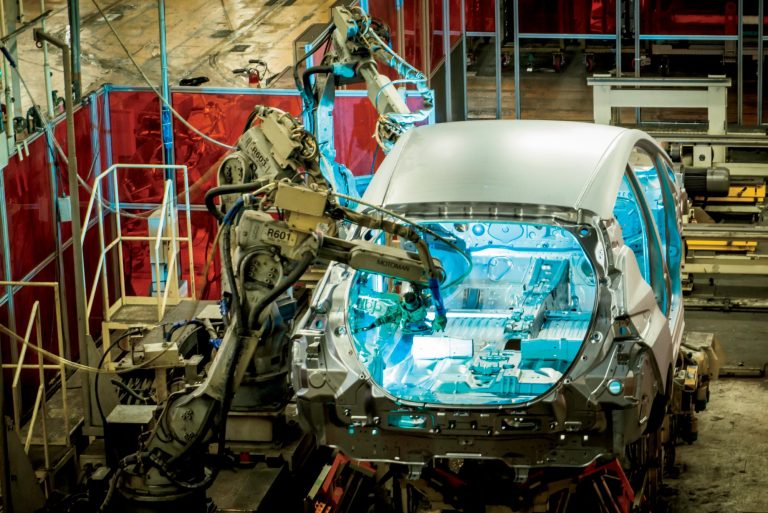 Success begets more success. Certainly that’s the case in Rutherford County, where the community’s success in attracting businesses has helped encourage growth in commercial, retail and residential development. In turn, that development has increased the area’s appeal as a great place to live and work.

In July of last year, Superior Communications, based in Irwindale, Calif., opened a new 130,000-square-foot distribution center in La Vergne, attracted by the centralized location, the local culture and the quality of the workforce.

“When we came to the area and started the recruiting process we were very impressed with what we could attract, not only from a white-collar professional perspective but also on the blue-collar side,” says Jeff Banks, the company’s president and CEO.

Along with Superior Communications, another business to expand at Centre Point Drive, where 1.8 million square feet of space was added, is UPS, which created 360 new jobs.

Moreover, Smyrna is adding a new business park near Smyrna Airport, with Texas-based Hillwood Development Company making a $102 million leasing commitment that will involve multiple buildings.  And Nissan, which opened a battery plant in Smyrna in 2012 to help provide the power needed to operate its electric LEAF cars, recently expanded the facility by more than 26,000-square-feet.

Equally exciting happenings are taking place in Murfreesboro, headlined by the Fountains at Gateway, a walkable corporate office campus and retail district that is just finishing its first phase of development. Scott Graby, president of Hearthstone Group and developer of the Fountains, notes that one of the findings of the Murfreesboro 2035 Comprehensive Plan was that “Murfreesboro has nailed it with retail, medical, industrial and residential, but the exception is that we haven’t established ourselves as a corporate location.”

Inspired by the nation’s best best existing mixed-use developments, the Fountains features a blend of restaurants, retail, services and office space, all designed to attract corporate tenants and provide great new amenities for Murfreesboro. “We’ve made it very family-friendly and very experiential, a place where people want to hang out,” says Graby, noting that the campus features two putting greens and two stages (complete with laser projector, automatic screen, trusses and stage lighting), as well as an outdoor ice rink that was a huge hit this past winter.

Meanwhile, retail shopping outlets continue to thrive in the Boro and beyond. Most notably, perhaps, The Avenue Murfreesboro—with more than 90 retail and dining options—recently celebrated its tenth anniversary, while the Stones River Mall and Colonial Town Park, the latter in Smyrna, both continue to attract shoppers from around the county. There is still more room for growth, however, with the former YMCA lot at 205 N. Thompson Lane to be transformed into a 90,000-square-foot high-end retail center named Stones River Place.

Murfreesboro may also soon be home to an $86 million Sazerac Co. distillery, one that would include a bottling and processing plant, silos for grain and charcoal, four warehouses and a visitors center. It’s an attraction that’s expected to draw 20,000 people per year in its first few years of operation, and up to 50,000 visitors annually.

Naturally, the major hotel chains have taken notice of the growth. In September 2017, the world’s first dual-brand Tru By Hilton opened in Murfreesboro, one which is paired with a brand-new Home2 Suites By Hilton. “We noticed that there was a need for more of an extended stay brand,” says Sarah Geller, corporate sales manager for the Kana Hotel Group, referring to the Home2Suites, “and also a brand [Tru] that would be ideal for business travelers looking for a fun environment and a better deal.”

Bright and vibrant on the inside, the Tru property is a blend of southern charm and modern amenities—and noticeably environmentally friendly. In fact, both of the new properties are eco-friendly, with squeeze bottles for soap and shampoo in all the rooms, to highlight just one distinctive feature.

“There is so much going on here and the Tru is a fun, mid-priced brand that can cater to pretty much everybody, from the young, hip crowd to the MTSU crowd to business travelers and leisure travelers,” says Geller.

In other words, it’s ideal for meeting the needs of Murfreesboro going forward.