Explore what makes each city or town an ideal spot for relocating to Tennessee. 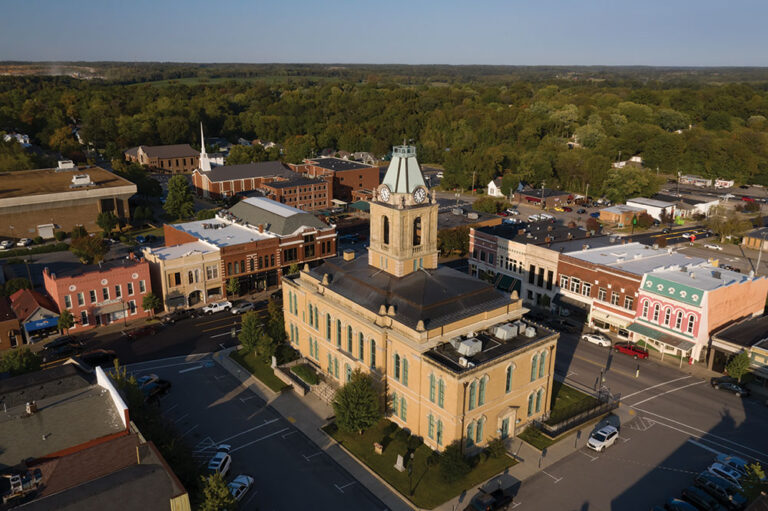 Anyone can lead a thriving life in Robertson County. How, you might ask?

This 476-square-mile region just north of Nashville is home to 11 different communities – 10 cities and one town – and each of them offers a unique flair and wealth of opportunities.

So take a tour of each community as you consider relocating to Tennessee.

A major manufacturing center for Robertson County, this city of more than 17,000 residents is home to companies such as Electrolux Home Products, which produces electric and gas ranges; Martinrea Fabco, an automotive stamping supplier; Johnson Electric, which produces actuators; and Owens Corning, a global building and industrial materials leader.

The picturesque Court House Square, highlighted by the historic Robertson County Courthouse that was built in 1879, offers a number of unique shops and restaurants. A resident favorite for walking, running and biking is the Springfield Greenway, which runs through downtown Springfield.

This gem north of Nashville draws residents and visitors with wide open spaces and historic small towns to explore.

You’ll get a taste of the past – a storied one, that is – when you live in Adams, a small hamlet off U.S. Highway 41 about 7 miles from the Kentucky border.

Adams is known as the community that came in contact with the Bell Witch in the 19th century. The witch, Kate, is said to have haunted local farmer John Bell and his family.

Today, the community has fun with this tale, offering tours of the house and cave that are on the family’s property and hosting the annual Bell Witch Festival in October. The Bell name can be found in other parts of the area, too. City Hall is housed in an old Bell School building. 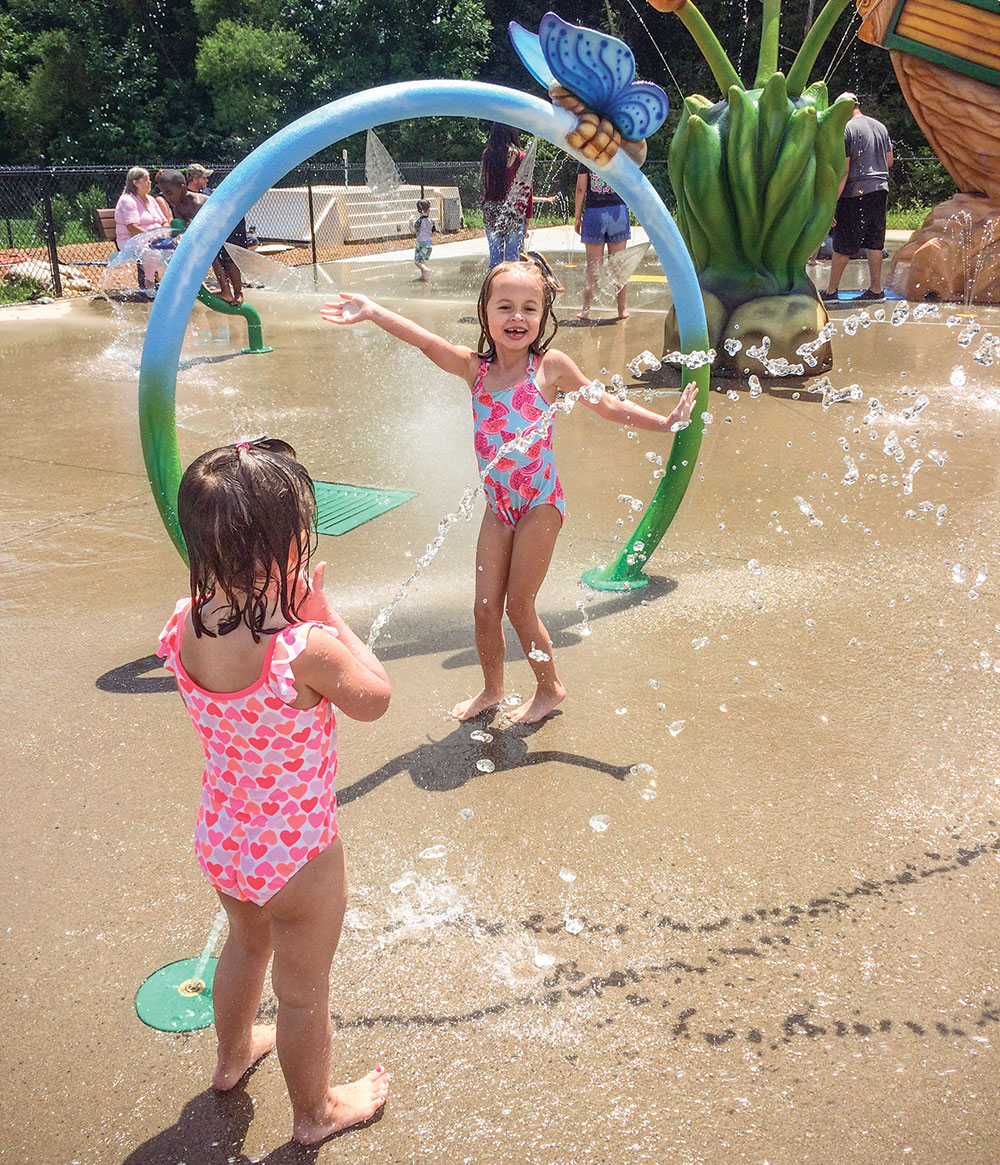 With its population on the rise, White House is home to nearly 13,000 residents. The city, which is in Robertson and Sumner counties, continues to welcome more businesses, and 800 homes and five apartment complexes were recently approved for construction.

Two elementary schools and Heritage High School are in White House on the Robertson County side. And children enjoy fun amenities such as the White House Splash Pad.

The county’s 11 communities share a love for diversity and equal opportunity.

Approximately 2,100 residents make up this city that lies in both Robertson and Davidson counties. Its name – Ridgetop – comes from being situated at the edge of the Highland Rim portion of Middle Tennessee, more than 800 feet above sea level. The median income here tops $50,000.

For residents and visitors alike, a must-see attraction is the historic Highland Chapel Union Church. At one time, Ridgetop was the home of several legendary Grand Ole Opry entertainers, including Willie Nelson, Grandpa Jones and David “Stringbean” Akeman. A nearby attraction is Highland Rim Speedway. 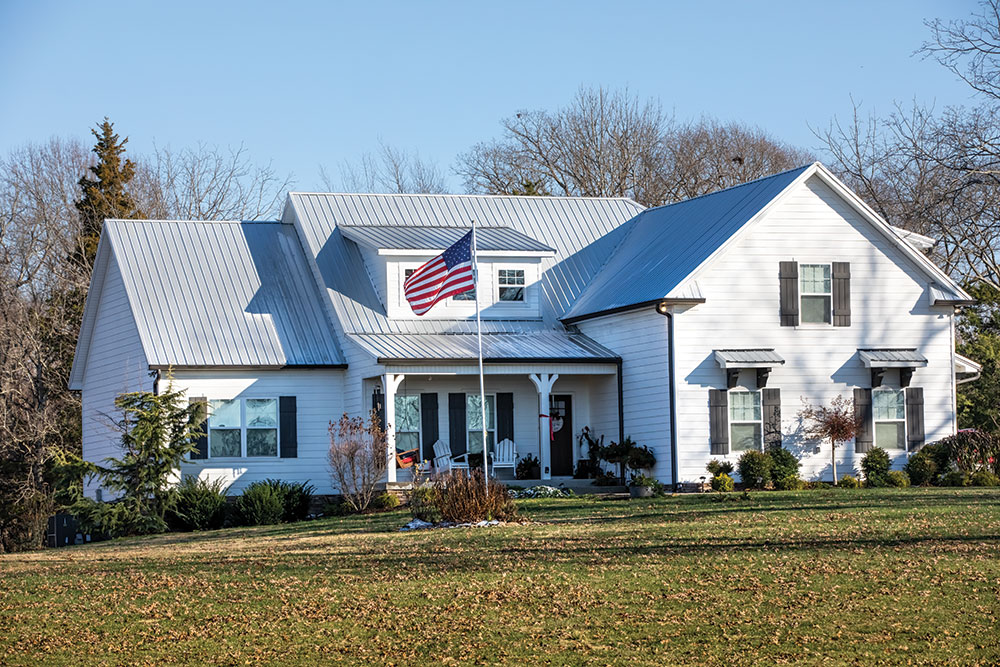 Located along a stretch of U.S. Highway 41 is Greenbrier, a city known for its Turning of the Pig barbecue festival held in July.

Oak Hills Golf Course is a favorite among locals, and Louise Martin Memorial Park offers residents opportunities to get out and enjoy the outdoors. The park includes a short loop for walking or biking as well as three baseball fields and a small playground.

Plus, at the heart of Greenbier is Town Square Commons, a commercial development that includes historic buildings retrofitted for modern use. A number of businesses have opened up shop here, including local favorite Golly G’s Coffee, Ice Cream & Sweets.

Work Where You Live in Robertson County, TN

Founded in 1778 by Thomas Kilgore, the first European settler in Robertson County, Cross Plains is a community of around 1,800 residents.

Cross Plains offers easy access to Interstate 65, and U.S. Highway 31W runs along its eastern border. A signature business is Thomas Drugs, which opened in 1915 and continues to operate today. Locals can’t get enough of the old-fashioned milkshakes served up here.

In 2020, the city purchased 148 acres off Tennessee Highway 25 to expand Kilgore Park. East Robertson Elementary and High School are in Cross Plains. The median income here is a robust $80,000. 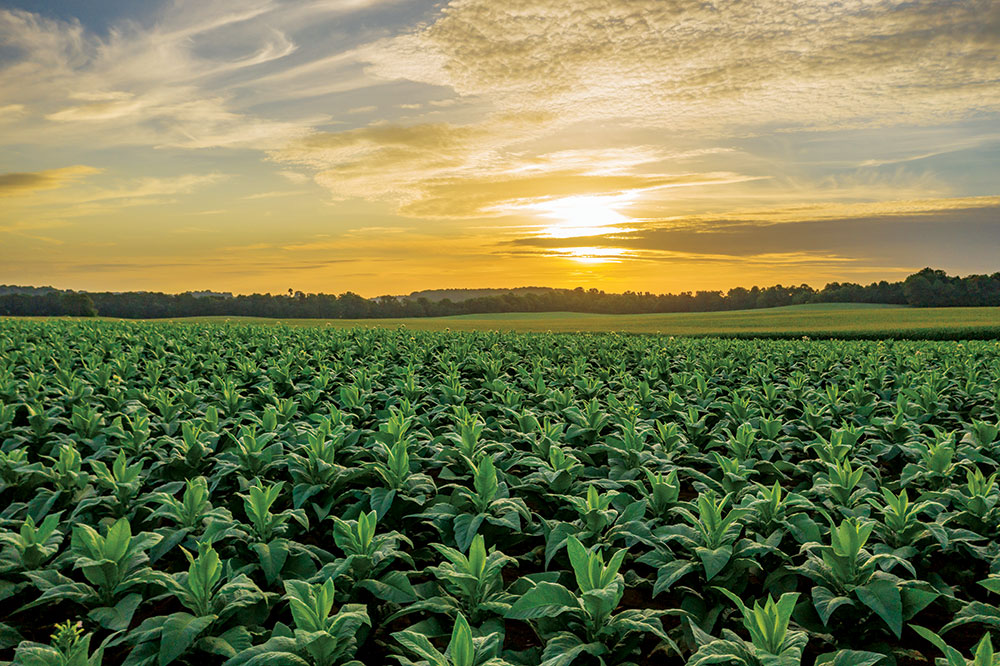 Step foot in Cedar Hill, and one of the first things you will notice is the open space.

Situated along U.S. Route 41, this city meets its 325 residents with a cost of living that is 6% lower than the national average. For those looking to get into the agriculture field, farmland is available here, but it’s also a great place for some peace and quiet.

Cedar Hill includes a school named after Joseph “Jo” Byrns, speaker of the U.S. House in 1935.

Farmer shares why it’s time to get growing as an “agripreneur” in Tennessee.

How does living in the “Strawberry Capital of Tennessee” sound? Getting its name from the high number of strawberry growers in the region, Portland hosts the annual Middle Tennessee Strawberry Festival, with the 80th festival set to take place in 2021.

The city of over 13,000 residents hosts the Portland Fall Festival every October. Portland is located in both Robertson and Sumner counties.

Manufacturers that have set up shop in Portland include Daido Corporation of America, which produces conveyor chains, Kyowa America Corp., a leader in plastic injection molding, and Olhausen Billiards, a leading pool table manufacturer.

Why You Should Start a Business in Robertson County, TN

Community offers excellent support network to become the next maker, baker or shaker.

Officially categorized as a town, Coopertown is a bedroom community for the Nashville metro area. Boasting beautiful farmland and open rural spaces, Coopertown has a population nearing 5,000 residents.

Lowe’s, one of the area’s major employers, opened a 1.2 million-square-foot distribution center in 2018 off of Interstate 24, employing more than 400 people.

Coopertown’s name originates from the 1800s when whiskey barrel manufacturing took place at various cooper shops throughout the community.

Have fun without breaking the bank with these free or low-cost outings.

Located in Robertson and Sumner counties, Millersville is a city of nearly 7,000 residents. The community is big on smart growth, and local leaders have almost completed a major project to connect every homeowner to the city’s sewer system.

Residents enjoy visiting Millersville Community Center & Playground, which celebrates its 10th anniversary in 2021. A 3,000-seat outdoor amphitheater is a signature attraction at Millersville City Park, along with Dinosaur Park playground.

Incorporated in 1965 and officially becoming a city in 2001, Orlinda was originally called Crockers Crossroads.

Today, the community of nearly 1,000 residents proudly refers to itself as the “The Sunniest Spot in Tennessee.” The median income is $58,000. Local students attend classes at East Robertson Elementary and High School in nearby Cross Plains. 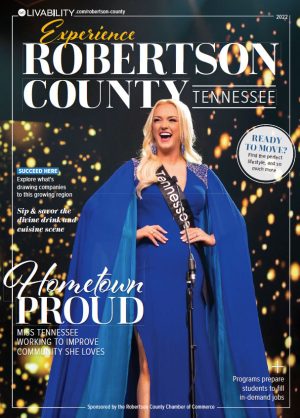 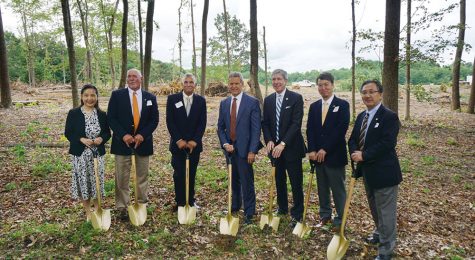 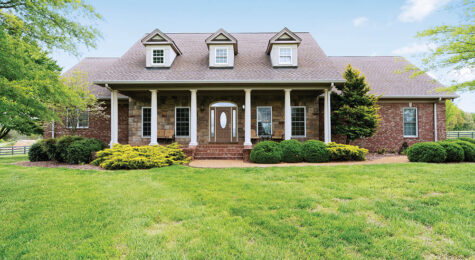