Skip to content
Home > Affordable Places to Live > Should I Stay or Go?: What Drives People to Relocate or Ultimately Stay Put

Should I Stay or Go?: What Drives People to Relocate or Ultimately Stay Put

What influences people to move throughout their lives? What makes them stay put? We have answers! 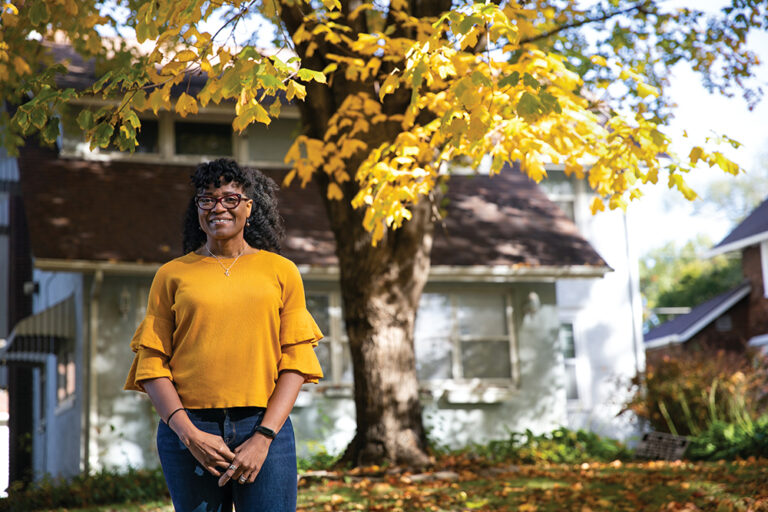 Many of us romanticize the idea of moving to a new city to start fresh yet still feel the pull of our current zip code. So, what factors actually convince people to pack up and move? Conversely, what are some of the reasons why people decide they’re living the good life right where they are and ultimately stay put, renewing their lease for another year or keeping their house off the market?

The pandemic and remote work allowed people to move anywhere, and many Americans are doing just that. Surveys from freelance marketplace Upwork indicate that 2.4% of Americans – nearly 5 million people – have moved because of remote work since 2020. In the same time period, remote job postings have tripled, according to findings from labor market data company Lightcast. Add in skyrocketing inflation and a topsy turvy real estate market, and Americans are scrambling the map.

The phenomenon raises interesting questions: What’s the compass guiding these relocation decisions? Sunnier skies or brighter career opportunities? Being able to save money as costs rise? For people staying put in their communities, what keeps them there?

At Livability.com, we identify what makes communities great places to live and tell the stories of their compelling assets. We commissioned a June 2022 survey to assess what influences people’s relocation decisions not hypothetically but in actuality. We examined questions like:

The survey, conducted by leading market research firm Ipsos, asked 1,004 diverse American adults about their relocation decisions – the ones they’ve made and plan to make. For our study, we defined relocation as a move more than 50 miles away from where the respondent previously lived.

We crunched the numbers and analyzed the data to find key insights that reveal why people stay and why they move.

Some of these insights included:

Nearly half of respondents said they plan to move (or are seriously considering it) in the next 12 months.

Some of the top motivations for moving include getting closer to family, finding a more affordable cost of living or simply looking for a fresh start in a new place.

New jobs are the top reason people move throughout their lives.

Cost was both a top factor for would-be movers who changed their minds and a top incentive for people to stay put.

About half our respondents said they have seriously considered a move they didn’t end up executing at least once in their life. The most common factor deterring them? Cost or affordability concerns. When asked what would most likely change their mind about moving away, “a financial or other lucrative incentive” won out – 44% said this might make them choose to stay. However, 36% said nothing would change their mind.

Interestingly, while cost consistently ranks as a No. 1 factor for people considering future relocation, it only ranks fifth as a reason why respondents have actually moved in the past. Only 11% of respondents say they have moved for reasons related to cost. However, note that participants were asked to think about their entire lives in their response, and perhaps cost differences were not as stark between areas of the country in years past as they are now.

Simply wanting a ‘fresh start’ is a major relocation factor.

16% of respondents saying they’ve made a move in the past for this reason. Ten percent of respondents who said they plan to, or are seriously considering a move, in the next 12 months cited a fresh start as part of their reasoning.

Eight in 10 respondents have lived in their current community for five years or longer.

When asked what specific aspects of their current community make them want to stay, respondents indicated the most important factors were feeling safe (47%), affordability and value (39%), a support network of family and friends (38%), ease of getting around/lack of traffic (22%) and climate or outdoor amenities like beaches, mountains or hiking (22%).

Family connection heavily influences moving decisions: Not only does being closer to family have a boomerang effect that brings people back to an area where they have roots, but proximity to family also deters people from moving away. Of those who are planning to move in the next year, 11% cite a desire to be closer to family as a motivator. Meanwhile, nearly four in 10 people say their proximity to family and friends is a factor in why they want to stay put.

It’s no secret that the pandemic, plus ensuing remote work and rising costs, sparked changes in where people choose to live. But despite the increase in relocation, there’s still a large swath of people who have stayed put despite sweeping change and uncertainty.

To access Livability Media’s full whitepaper on why people stay or go and implications for talent attraction marketing, plus other research on American relocation habits, head over here.