Skip to content
Home > Education, Careers & Opportunity > 5 Cities Where Self-Driving Cars Are Already On the Road

5 Cities Where Self-Driving Cars Are Already On the Road

The autonomous car industry is booming, followed by government guidelines, as well as increased jobs and tax revenue. 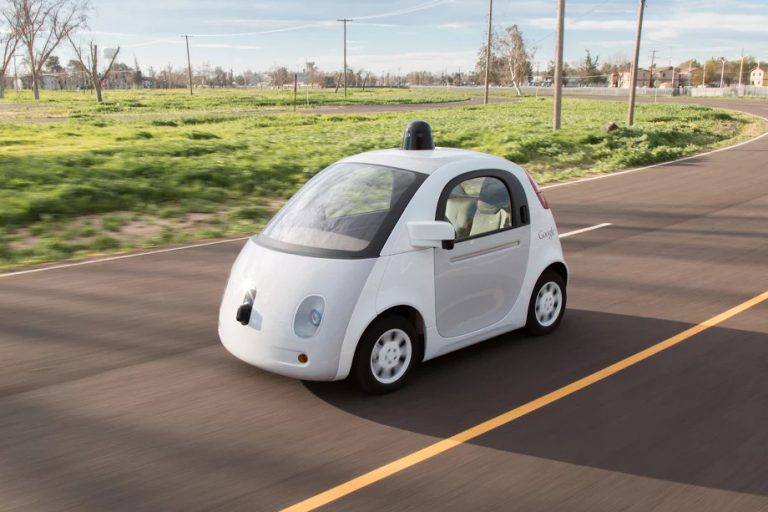 To the human eye, driving is chaotic and random. But to a computer – it’s predictable. Federal automobile safety regulators officially announced last month that the highways would be safer with cars driven by machines, not humans. The autonomous car industry is booming, followed by government guidelines, as well as increased jobs and tax revenue.

The Obama administration announced severe safety regulations, but oversight that will not limit automakers’ innovation. Driverless cars are pushing transportation forward as a whole and the nature of how cars fit into life will transform. Cars will work for people instead of people working cars.

Research and testing centers emulate real-life situations such as fake suburbs, and major players, such as Uber, Google, Apple, Tesla, Mercedes-Benz, BMW and Infiniti, are placing big bets on autonomous cars and features. But the United States is not alone. China, Japan, Germany and Sweden are also setting up centers to test automated cars. To stay competitive, the United States is rushing its own tests in places such as California, Michigan, Virginia and Pennsylvania.

Pittsburgh, PA is the perfect environment for testing autonomous vehicles: a triangular, mountain-shrouded peninsula loaded with steep hills, sharp turns, random speed limit changes and a famous amount of tunnels and bridges. It’s referred to as “the doubleback diamond of driving” by Raffi Krikorian, engineering director of Uber’s Advanced Technologies Center in Pittsburgh. So naturally, due to these driving conditions paired with a loyal consumer base, Uber launched a pilot program this month featuring driverless cars. Pittsburgh Uber users can now select to hail one of the14 autonomous Ford Fusions equipped with sensing technology developed by researchers at the robotics center at Carnegie Mellon University, complete with trained human safety engineers that assure passengers of a safe ride.

The Ford Motors’ Willow Run site, where World War II bombers were made in a 335-acre plant, in Ypsilanti, MI, is being converted by the University of Michigan into the American Center for Mobility, a testing site for driverless cars. The university already established a testing facility in Ann Arbor called Mcity, which simulates city streets, traffic lights, road signs, intersections and a tunnel. However, the Willow Run site will include overpasses and bridges, and is over 300 acres larger, providing space for more complex environments and testing at highway speeds.

Google’s hometown, Mountain View, CA, was one of the first testing sites for autonomous cars and officially released 48 licensed self-driving prototype cars with the equivalent of 75 years of human driving experience onto the roads. Testing executed in Mountain View helped develop autonomous cars to the advanced level they are currently at: navigating everyday traffic. They have taken on the straightforward, less complicated freeway, as well as the complex, seemingly unpredictable everyday driving situations, such as traffic signals, curbs, cyclists and pedestrians. The prototypes are continually being tested to gauge a better idea of how their technology works with other cars on the road, accepting feedback from residents that drive alongside them.

Blacksburg, VA is already a booming city for drone and autonomous car research, but the Transportation Institute at Virginia Tech is taking its testing capabilities to the next level by building a 300-acre testing facility for self driving cars and drones. The site will seem like a movie set, but is designed to replicate real-life driving conditions. Called the Virginia Automation Park, the automation technology facility includes street signs, stop lights, roundabouts, curves, hills and even portable buildings. However, this is not Virginia Tech Transportation Institute’s first testing track; the park will be built at the end of its Smart Road, which is a similar but smaller facility that replicates weather, lighting and road conditions on a flat, 1.1-mile road with a roundabout. Industry major players such as Google have executed more than 22,000 hours of research since 2000.