Skip to content
Home > Education, Careers & Opportunity > 5 Cities Where the Arts are Working

5 Cities Where the Arts are Working

Jobs in the arts are working for the economy more than you think. Check out five cities that are doing it right. 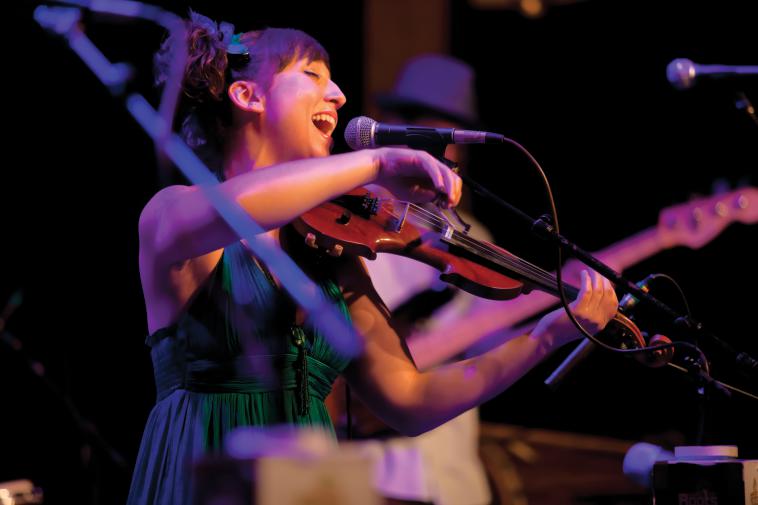 Arts and culture play a starring role in the economy of many communities across the United States. Not only does the presence of museums, theaters, artists, music and entertainment make a community more livable, but a vibrant arts and culture scene also drives economic development and urban renewal, especially for cities outside the behemoths of New York, Los Angeles and Chicago. Here are five cities where arts and culture are flourishing and creating a significant amount of jobs and revenue, based on data from Americans for the Arts and its most recent Arts & Economic Prosperity study.

Austin has a reputation for being a city for techies, but it is also a top city for creatives, including those specializing in film, gaming, music and visual art. These creative industries contribute $4 billion in economic impact to the metro and support nearly 49,000 jobs. Of this, more than 7,500 people work in the nonprofit arts and culture sector, which draws $236 million in annual revenues. Community support for the arts is strong in the Lone Star capital, which bills itself as the live music capital of the world and hosts South by Southwest (SXSW) – the nation’s premier film, music and interactive festival that generates more than $300 million in revenue in just two weeks. As home to the flagship campus for the University of Texas, Austin has world­class museums and literary and cultural centers, but its downtown is its most popular attraction, displaying the city’s quirky side with a plethora of street and performance artists and independent bookstores and studios.

It is no secret that Nashville is a music mecca – not just for country music, but for a growing array of genres. Its diverse music and entertainment industry has a $10 billion economic impact on the region, greatly outpacing cities like New York, Los Angeles and Atlanta in employment and sustaining 56,000 jobs. Nashville’s large community of songwriters adds to its artistic and cultural richness, and helps shape the creative culture that makes the city a magnet for all kinds of artists. Nashville has a burgeoning visual and performing arts scene complete with Broadway shows, ballets, operas and repertory theater, as well as downtown galleries that draw crowds during monthly art crawls. Top attractions include the Frist Center for the Visual Art, which rotates exhibits every six to eight weeks, and the Schermerhorn Symphony Center, home to the Grammy-winning Nashville Orchestra. The city ranks high in its public support of the arts and leads the nation in its number of arts providers with more than 5,000 in the area.

A steel town like Pittsburgh may not seem like the obvious place to find jobs in the arts, but the city has the Carnegie Museum of Art, the Andy Warhol Museum and a flourishing nonprofit arts and culture sector that supports more than 20,000 workers and generates $1.17 billion in economic impact for the metro. Audiences attending events at theaters, museums, historical sites and performance venues spend $317 million annually, fueling millions in income and tax revenue. For a city its size, Pittsburgh punches above its weight in arts­ related jobs – and much of this stems from the work of the Pittsburgh Cultural Trust. The nonprofit spearheaded the transformation of Pittsburgh’s downtown from dilapidated buildings on crime­ ridden streets into a booming 14-block arts and entertainment district with restored theaters, urban parks, restaurants, galleries and public ­art installations. The group also sponsors annual arts celebrations like the Three Rivers Arts Festival and lends its support to the city’s small, independent theater companies. These efforts have helped triple downtown residency and bring 2 million visitors into the district over the past decade.

Indianapolis may be best known for its motor speedway, but the city is also a growing destination for arts and culture. Its downtown is home to six cultural districts populated by theaters, museums, music venues, eclectic boutiques, ethnic restaurants and live-­work communities for artists. The city has preserved much of its history and architecture and offers more than 800,000 residents an impressive roster of 1,184 cultural properties to explore. Top attractions include the Children’s Museum of Indianapolis – one of the world’s largest children museums – whose large-scale interactive exhibits draw more than 1 million visitors each year, making it second only to the Smithsonian National Museum of Natural History in Washington, D.C., in local and regional visitation. Another leading museum, the Rhythm Discovery Center, displays drums from all over the world for visitors to play. The city supports more than 13,000 nonprofit arts and culture jobs, which have a $384 million economic impact on the metro.

Arts and culture has always been an integral part of the Rose City, but the city’s creative sector has grown rapidly over the past few decades. Portland is gaining recognition as the nation’s up-­and-coming art capital due to its proliferation of indie music venues, contemporary galleries, alternative arts spaces and art blogs. The city’s Pearl District is home to numerous galleries for locally and nationally acclaimed artists as well as the Museum of Contemporary Craft, one of Portland’s oldest museums. Performing arts groups like Portland Center Stage, Artists Repertory Theatre, the Oregon Ballet Theatre, the Portland Opera and the Oregon Children’s Theatre thrive in Portland, along with smaller theater companies and modern dance troupes such as BodyVox and White Bird. The city has several grand venues such as Arlene Schnitzer Concert Hall – a restored Jazz Age movie palace where the Oregon Symphony performs. Audiences spend more than $101 million annually on arts­ and culture-­related events, and nonprofit arts and culture groups support more than 8,500 jobs and pump $253 million into the local economy.