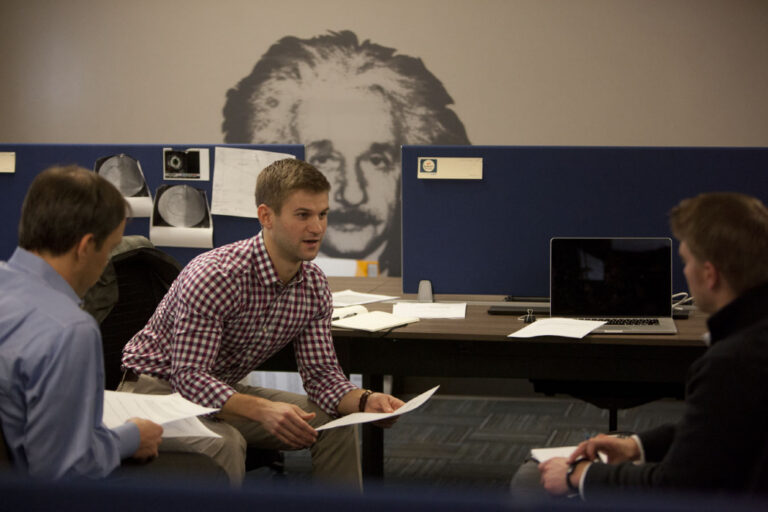 Cities nationwide are feverishly competing to lure the best technology talent, create atmospheres for innovation and, in turn, position themselves for economic success in emerging technologies well into the future.  So how does a city put itself on the leading edge of recruiting tech talent?

A solid starting point is to look to cities currently experiencing success in this effort, such as Nashville, which ranked fourth on Forbes’ list of Cities Creating the Most Technology Jobs, with a growth rate of almost 66 percent between 2001 and 2013, and a continued growth rate of 4.4 percent annually. The city is expected to have an estimated 7,100 new technology jobs added by 2019.

One of the most recent driving factors in this effort is an initiative called WorkIT Nashville, an award-winning, dynamic tech recruiting campaign that connects information technology professionals with open positions at high-tech Middle Tennessee employers.

But what else has Nashville been doing to tap into tech talent? Here are five tips curated from two years of interviews with Middle Tennessee government and technology industry leaders, in which they responded to this very question.

1. Maintaining talent is just as important as recruiting it.

“Some of that is attracting outside talent, but just as much of it is retaining the talent that comes in for other reasons,” says Matt Faulkner, marketing associate with Nashville tech accelerator Jumpstart Foundry. “Keeping the talent that comes to a city organically is so crucial, and you do that by creating great, challenging opportunities for them, engaging them early, and having a draw that doesn’t end when the workday does.”

Jumpstart recently announced they will be investing $100,000 per company that goes through their accelerator.

Alex Hughes, talent retention manager at the Nashville Area Chamber of Commerce, shared that while the WorkIT initiative has driven over 182,000 job searches from around the world on its website, the chamber also is actively building resources around internship opportunities for the more than 100,000 college students enrolled in Nashville’s higher education institutions.

“In a place like Nashville, that means really taking advantage of the fact that there are a number of truly world-class universities here,” Faulkner says. Another example is Nashville-based TechnologyAdvice, which welcomed to its team eight students this past summer as part of its new internship program.

3. Investment in the community invests in its future.

“Businesses and leaders recognized years ago the investment needed to fill the technology talent shortage in Middle Tennessee,” Huddleston says. “Business began to shift into working with the institutions to address what talent is needed, and where the institution could invest to make an impact to the overall community. It’s a collaboration between individuals, businesses, institutions, and community leaders to identify need and take concrete steps to solve it.”

Nashville Software School Co-founder John Wark says his institution can successfully “home-grow” tech talent through intensive six month immersions. “Particularly with Nashville becoming a more and more attractive destination for creatives to live, there are people who want to be in Nashville, who have lots of latent potential, but who don’t have the experience to get that first job in tech as a software developer,” Wark says, adding that he is encouraged because this model is proving to become another gateway through which new talent can come to Nashville, and most importantly, stay here.

As mentioned earlier, WorkITNashville offers an important resource for companies and job-seekers, with more than 2,300 candidates on the site actively seeking tech jobs in the Nashville region. WorkITNashville also supports many local tech events, most recently PodCamp Nashville.

Another resource for facilitating interaction, the Nashville Entrepreneur Center events calendar frequently brings together the community and is often attributed to being Nashville’s front door of entrepreneurship.

Most of the local leaders interviewed addressed the importance of looking beyond available jobs and highlighting the city’s livability, i.e. spreading the word about the cultural and recreational amenities that make it an ideal place to plant roots. This type of thinking sparked a Nashville startup appropriately named Wannado, which helps Nashvillians find out what they may want to do around town. It’s also important to mention how creativity and art play a crucial role in the vibrancy of diversity and opportunities. Listen as Nashville Mayor Karl Dean shares how fostering a creative environment fits into the vision for his city.

What is your city currently doing to recruit and retain technology talent and companies? Are there tips you would add to those shared here?