5 Towns Behind the Booze You’re Drinking This Holiday Season 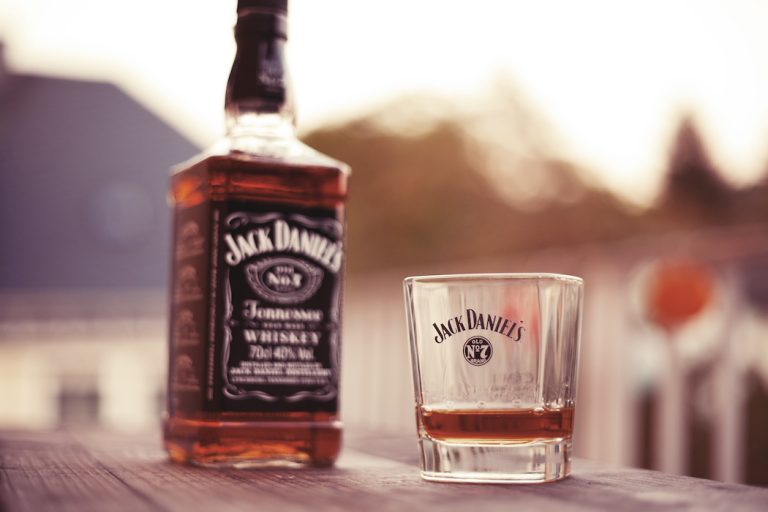 Whether you’re rewarding yourself with an Old Fashioned after slogging through the Build-A-Bear Workshop, or awkwardly sipping on a Mai Tai while family members debate politics, ‘tis the season for hard liquor.

Many of the spirits you’ll be drinking this season aren’t made in big cities like New York or Chicago. They’re made in small towns like Middleton, Wisc. and Lynchburg, Tenn. These spirits are a testament to the craftsmanship that can be found outside of America’s sprawling metropolises.

Silky, crisp and clean, Crater Lake Vodka is gluten-free and made from locally-sourced ingredients. It’s basically everything that’s right with American craft vodka right now. The Crater Lake Distillery is located in Bend, Oregon, a resort town that saw a massive population boom since the 1990s. Bend has been touted for having massive start-up potential in the past, and with millennials settling there in droves that prediction seems likely to come true.

In addition to the Crater Lake Distillery, Bend also boasts the Deschutes Brewery, the fifth-largest craft brewery in the world, and close proximity to the Willamette Valley wine-producing region.

Launched more than a decade ago, Death’s Door was one of the leading distilleries in the early days of the current craft spirit boom. Being so far ahead of the pack means the Death’s Door team has refined their gin-making process over the years and been able to distribute their products across the country. The distillery is located in a small Wisconsin town with a population of about 17,000. Close to the massive college town of Madison, Middleton is a tourism hotspot with a predilection for all things artisanal. In addition to the Death’s Door distillery, there’s also Capital Brewery, which includes more than 11 beers in its product line.

While rum is typically associated with the Caribbean, the spirit was produced in the American colonies using molasses and copper pot stills until the British cracked down on its production. The Newport Distilling Company revived this colonial tradition in 2007 with the launch of its Thomas Tew Rum, named for a pirate who called Newport home. Today, Newport’s industry is centered on a major U.S. Navy training center and the island town is probably best known for its annual jazz festival. Newport is also home to Newport Storm Brewery and multiple wineries.

Newport: One of the 50 Best Cities for Entrepreneurs 2016

Over the last decade, a number of U.S. distilleries have begun releasing spirits made from the blue agave plant, but these spirits can’t be known as “tequila” because only agave spirits made in one of five specific Mexican states can carry that designation.

The Railean Distillery in San Leon, Texas is one of those brave producers that feel confident enough in its blue agave spirit that it doesn’t need the official designation of “tequila.”

The coastal Texas town of San Leon was actually established by the pirate Stormy Edmonds. While it does have an agricultural and industrial history, today, the town is driven mostly by the fishing and shrimping industries.  Nearby, League City is home to the Galactic Coast Brewing Company and Galveston Bay Brewing Company.

The home of Jack Daniels is ironically located in a dry Tennessee county, which means distillery workers have to travel outside the county to buy the stuff they make. The distillery can legally sell collector bottles of whiskey only to tourists from outside the county.

Lynchburg is full of warehouses and packing facilities that process and ship Jack Daniels around the world. The town of just more than 6,300 also has souvenir shops, cafés and a bank.