Skip to content
Home > Education, Careers & Opportunity > 8 Things You May Not Know About Labor Day

8 Things You May Not Know About Labor Day

Holiday is about much more than the end of summer 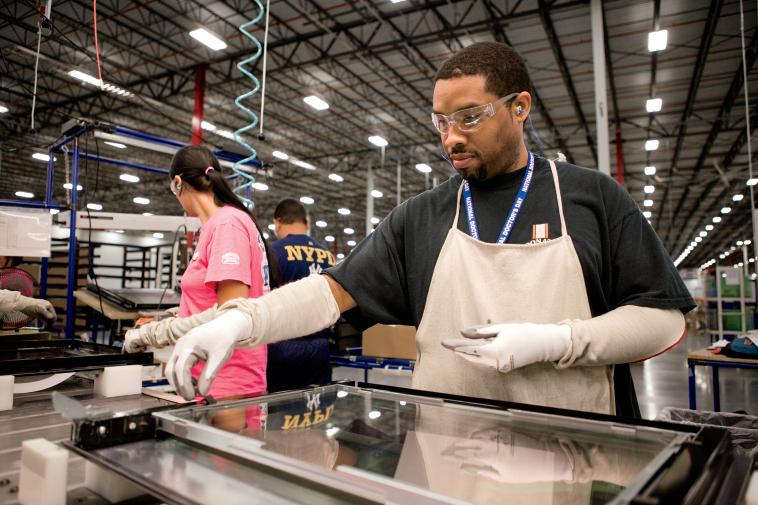 Labor Day, a national holiday since 1894, honors the contributions of American workers to the history, culture and economic prosperity of the U.S. In the beginning, it was celebrated with large parades, “that the workers of our day may not only lay down their tools of labor for a holiday, but upon which they may touch shoulders in marching phalanx and feel the stronger for it,” as union leader Samuel Gompers described it in 1898. Most everyone knows it always falls on the first Monday of September, but did you know…?

1. The first unofficial Labor Day parade was held on September 5, 1882 in New York, hosted by the Central Labor Union and the Knights of Labor. At first, it seemed the parade was destined to be a flop, since nobody had thought to bring a band. But marchers perked up when a band from the New Jersey Jewelers Union appeared playing When First I Put This Uniform On from a Gilbert and Sullivan operetta. The day was a huge success, with some 10,000 workers marching – most of whom did not get paid for that day off.

2. Two different men with similar names are credited with the idea of a holiday celebrating workers: Peter J. McGuire, a carpenter and a founder of the American Federation of Labor, and Matthew Maguire, a machinist and secretary of the Central Labor Union. Current scholarship leans toward giving credit to Maguire.

4. Following that first Labor Day parade in 1882, some 25,000 workers and their families attended a huge party in Wendel’s Elm Park on New York’s West Side. Newspapers at the time described a picnic, speeches, lots of cigars and, "lager beer kegs … mounted in every conceivable place." Some things never change.

5. The first state to declare a Labor Day holiday was Oregon in 1887.

6. As of May, 2013, there were 155.7 million people in the American workforce, most of us enjoying reasonable work hours, safe working conditions and at least some benefits – a big change from the 1880s, when most people worked an average 12 hours, seven days a week, with time off only on Christmas, July 4 and every other Sunday.

8. Today, Labor Day signals the end of summer fun, and for many, the beginning of a new school year, but traditionally it was a day on which the labor movement celebrated its strength, took stock and strategized about how to continue improving working conditions.