Skip to content
Home > Education, Careers & Opportunity > Airbnb Initiative May Change How You Think About Saving on Hotel Rooms

A look at the rise of Airbnb and its new Portland-based Shared Cities Inititative. 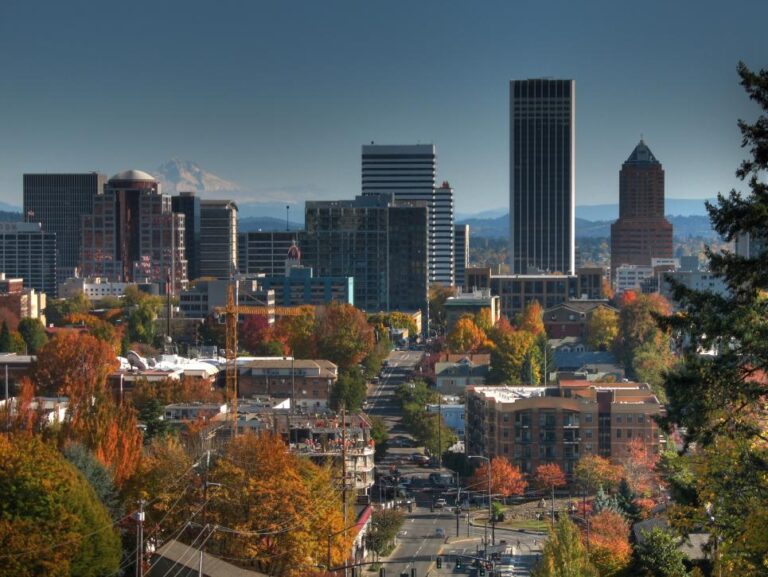 As recently as a century ago, travelers might discover themselves relying on the homes of local residents when found in a strange town. If you were traversing this country in the 18th or 19th centuries, the local inn might very well just be a home with a few extra rooms to let. If you were really lucky, the owner also brewed his or her own beer and served up a good meal for a bit of extra cash. In the 20th century, the advent of airlines and frequent business travel, not to mention the increased leisure time, resulted in the need for more dedicated hostels, and the modern hotel and motel scene became big business.

A funny thing happened on the way to all that – familiarity and personability dropped by the wayside. Hotels came to be seen as cold by frequent travelers who missed the comforts of home. And now, companies have stepped in to answer that. One of those is Airbnb, founded in San Francisco, which set itself up on the model of the bed and breakfast concept, but on a micro scale. Now, they’ve opened a second headquarters in Portland, Oregon, and begun their first shared cities initiative.

Just a few years after its founding, the company has expanded almost worldwide, allowing users to reserve space in private homes online, cutting the cost of business and vacation travel, while adding touches of warmth, hominess and local flavor to accommodations.

Founders Brian Chesky,  Joe Gebbia, and Nathan Blecharczyk started by building clients during big San Francisco events, when regular hotels were full, launching as Airbedandbreakfast.com in 2008. The notion of “air bed” of course, is grounded in the notion of an air mattress in the living room, but within a year or two, they’d expanded to include entire homes and apartments as well as private rooms. On the upscale end, travelers could rent castles, boats and even private islands worldwide.

With expansion came a collection of difficulties. On the micro-level, ill-mannered guests sometimes fail to take care of rented homes or properties don't live up to expectations. On a macro level, Airbnb faced complaints that their services cut city income by not charging the high room tax more traditional hotels did.

The company’s response to that has been to launch its first “Shared Cities” initiative. Airbnb had already launched plans to open a new secondary headquarters in Portland, so the city was a logical choice.

CEO Brian Chesky shared the goals of this project online. “Shared City is our initiative to help civic leaders and our community create more shareable, more livable cities through relevant, concrete actions and partnerships.  [It] is about helping local businesses thrive, creating more micro-entrepreneurs and strengthening communities — all by way of Airbnb’s business model, which epitomizes the sharing economy and allows people to rent out unused rooms in their home to anyone looking for a place to crash.”

How does that impact Portland, and future shared cities? The company worked directly with Mayor Charles Hales to develop programs that benefit company, city, travelers and residents. Among these plans, Airbnb has committed to help collect taxes (about 11.5%) from hosts just as a regular hotel would (although it is up to the hosts to pay those taxes in turn to Airbnb).

Beyond that, the company pledges to focus on real local needs, donating money earned there to local causes, matching donations from hosts. They offer free smoke and carbon monoxide detectors to host homes, and offer to assist beyond the company’s usual emergency policies to work with the city’s emergency management in order to create training programs for hosts in the event of problems like recent floods and weather extremes in the U.S. and Europe.

“We are committed to helping make cities stronger socially, economically, and environmentally,” says Cheskey in a recent blog post. “Shared City is our initiative to help civic leaders and our community create more shareable, more livable cities through relevant, concrete actions and partnerships.”