Skip to content
Home > Education, Careers & Opportunity > Could Bacon Get Any Better? This Group Thinks So

Could Bacon Get Any Better? This Group Thinks So

Fatback Collective's Fatback Pig Project is changing regional pork from the ground up. 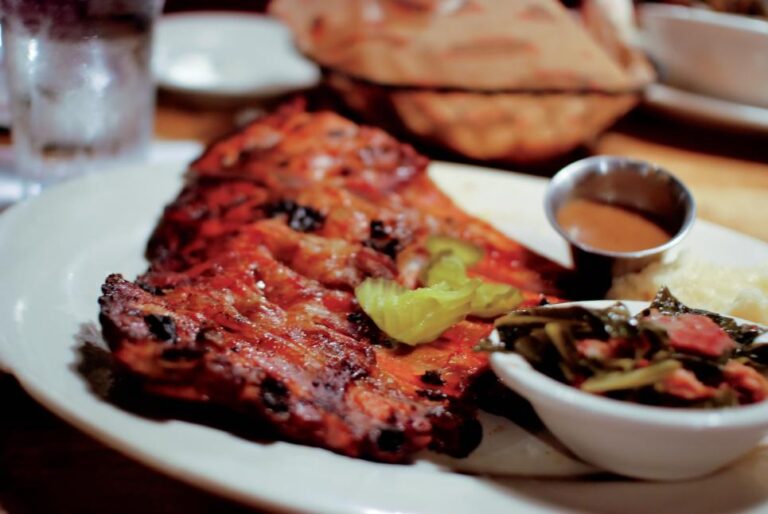 A new group of chefs, restaurateurs, farmers and food writers are on mission to provide better bacon, barbecue and other pork products. The Fatback Collective and Fatback Pig Project came about from a confluence of two events, says Nick Pihakis, the owner of Birmingham-based micro-chain barbecue restaurant Jim N’ Nicks.

Pihakis is the source and evangelist of some of the best barbecue in the nation. He’s also a ready supporter of barbecue chefs and restaurants across the MidSouth region and beyond. A few years ago, as he tells it, he found himself riding through Mississippi and Alabama in a pickup truck with a farmer friend. On this ride, he observed that hog processing plants were drying up across the region, and with them, farmers willing to raise hogs, given the price added to transport them to other states for processing. Second, he says the topic of heritage hogs came up over beers with a group of chef and food writer friends. The discussion centered on how unlikely it might be to win a big barbecue competition like Memphis in May using a heritage hog instead of a commodity breed.

First things first, Fatback Collective came in third in whole hog at Memphis in May in 2011, an unheard of feat for a new team – especially one departing from the usual methods. It proved heritage hog was something to be reckoned with. With that understanding, according to Jim Myers, who now directs the Fatback’s new hog processing facility in Eva, Ala., came the larger plan that became the Fatback Pig Project.

The goals of the project are pretty straightforward. Since small hog farms have declined around the region, the goal is to make high-quality heritage pork more widely available. That’s expensive to start out because it means developing a new infrastructure, but with the support of multiple James Beard-nominated and -winning chefs with restaurants to serve higher-end customers, including Jim N’ Nicks as well as more "elite" locations, it’s become a doable thing. Those restaurants can command the price necessary to build a following.

That means Fatback must support both existing and new farms aiming to raise heritage pork – hogs from traditional breeds like Berkshire and Duroc, with “farrow to finish” control, to make sure they’re bred properly and raised on natural feed, pastured, and not shot full of hormones and antibiotics. That support is important because such hogs grow more slowly than industrial ones, and that adds cost.

“Heritage hogs are like the heirloom, homegrown tomatoes of pork,” Myers says. “It’s old-school, pre-industrialized pork production. Our goal is not just to sell these hogs but revive hog farming on a larger scale, done right.”

He adds that heritage breeds like those mentioned above are relevant because they do well in the climate, thrive in the pasture, and make good mothers, raising healthy offspring.

“Berkshire’s like the ‘Black Angus’ of hogs,” Myers says. He says ensuring good breeding stock is vital, and that takes time. “We’re aiming for good meat quality, with good marbling of fat, so much of that is bred out by the industrial breeders, but it tastes better.”

Since Fatback acquired its abattoir in rural Eva, Ala., even not at capacity, it’s the largest processor in Alabama.

“It means we’re big enough to have impact,” says Myers, iterating that they’re not custom processing. Instead, they’re supporting the nearby farmers and giving them a ready market through the chefs that guarantees them business.

Along with buying the plant and bringing it back online comes a volume of business that potentially lowers prices for regular buyers and which can create a paradigm shift in the way we view the meats we eat.