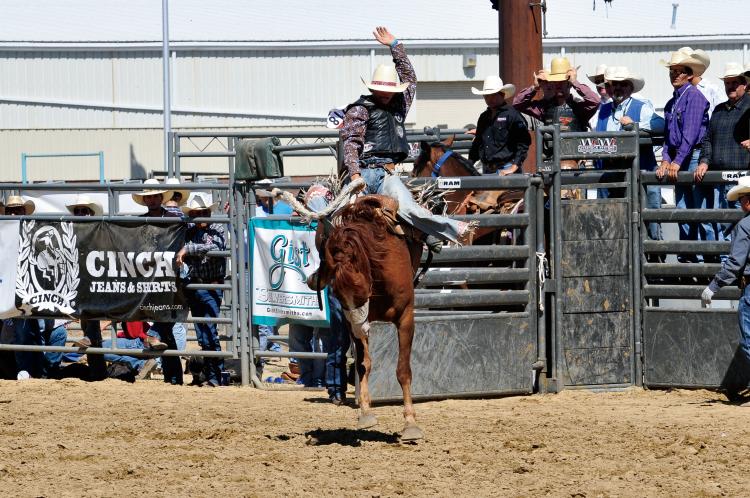 For small to medium-sized towns, the ability to stage large events brings a whole new realm of entertainment possibilities to the table. And with those entertainment options comes a huge economic upside. For the county of Sweetwater, Wyo., and its biggest town, Rock Springs, the Sweetwater Events Center (SEC) brings millions of dollars into the area while providing hundreds of events each year. The SEC is a perfect example of the way the right investment in the right town can pay off by the millions.

“The Events Center provides a central location for activities, not only for the local population, but from the surrounding counties that are looking to hold events in an all-purpose facility,” says Larry Lloyd, executive director of the SEC, who has worked for the SEC for over 20 years.

With the center’s 20,000-square-foot expo hall, an agricultural complex as big as a full-sized football field, and a 1,200 space RV park, the SEC is perfectly suited for events big and small. But when you talk economic impact, you have to focus on the big banner events. One of the biggest is the National High School Rodeo Finals.

Lloyd says, “The [Rodeo Finals] is a national event that attracts folks not only from around the U.S., but five different countries. So it certainly provides a place for competitive sports on a [world-class] scale.”

While the economic impact of smaller events adds up in a big way throughout the year (Lloyd says the center hosts more than 700 events every year), the impact of the Rodeo Finals is a case study in how events of all sizes can impact the area.

In 2012, an independent marketing research firm was hired for a comprehensive economic impact study on the rodeo finals. The numbers they found were pretty staggering. In 11 days, 6,941 hotel rooms were booked by more than 12,000 attendees. Those visitors combined for more than 84,000 visitor days, and each of those days visitors spent time and money on the local economy. The study found that combined, visitors brought in a conservative estimate of $7.5 million dollars into the economy.

A large event like this impacts the community in direct and indirect ways. Hotels and restaurants get business. Retail stores see dramatic increases in revenue. But even residents who aren’t selling what visitors are buying profit through the funding provided to local government. The study found that $82,000 went directly to the county in various taxes, and $397,500 went to the state in the form of increased taxes.

Lloyd says the events center spent $4.5 million dollars in order to host the rodeo finals, with funding coming from the county and other organizations around the county and state. That means that for every dollar spent, two were brought back in.

If you ask Sweetwater County residents what value the events center brings, you will be more likely to hear a more personal story, though.

Kandi Pendleton is the Marketing and Events Manager at the SEC. She says, “The real benefit of the SEC isn't in dollars and cents. It's in its ability to bring families from around the county and around the country together.” And when it comes to livability, that is impossible to put a dollar figure on.