Find a Better Job Outside Large Metros – Here’s Where

It’s time to ditch the big metros, finally use your degree and make money 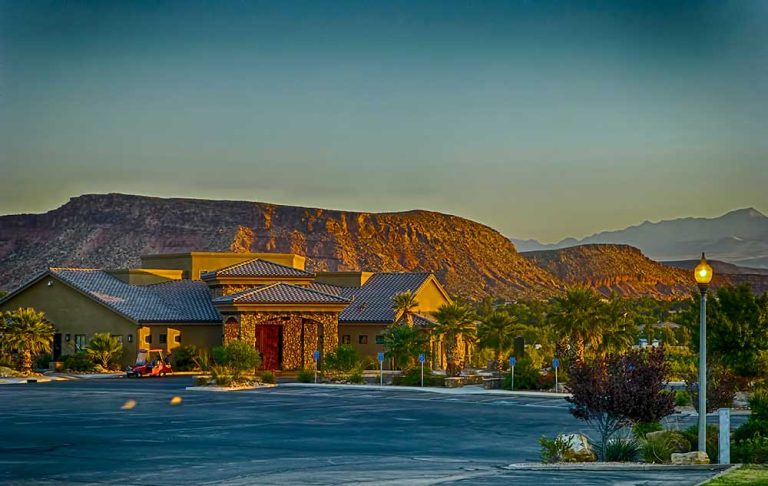 Courtesy of Carl BSr under a CC 2.0 license.

Tired of working long hours and still not having money leftover for rent? It’s time to ditch the big metros, finally use your degree and make money. These small- to mid-sized cities throughout the United States offer (not-so) surprisingly thriving job markets and even more amenities. When you think of specialty sectors, don’t think New York City or San Francisco. Cities like Colorado Springs, CO, and Savannah, GA, offer competitive yet successful jobs in STEM, creative, health care and much more.

Photo: Courtesy of jpellgen under a CC 2.0 license.

Savannah, GA might be known for its tourism, but other industries such as military, aerospace engineering and education are growing and thriving. Additionally, being home to the fourth largest and busiest port in the country fosters strong logistics industries. “Our economy here is extremely well-balanced,” says Manuel Dominguez, Director of Economic Development.

“The big thing is quality of life. We have found that Savannah is a lot slower, a lot quieter, and a whole lot more affordable,” says Dominguez. He himself moved with his family to Savannah after living in NYC and Washington, D.C. for years. “While being a mid-sized city with plenty of opportunities, it has a very friendly vibe to it,” says Dominguez. “Within weeks we were running into people we knew even though we moved here not knowing anyone. That changed within weeks. It’s quintessential southern charm.”

Not only is the economy diverse, the cultural amenities are exciting and accessible as well. Largely due to renowned universities like Savannah College of Art and Design, the arts scene is booming with festivals, marches, design, music and vibrant neighborhoods. In the past, the city struggled with keeping talent that would graduate from SCAD and move elsewhere.

“We have a long way to go,” says Dominguez. “But we are seeing more small businesses and local artists, graphic artists, game developers, more and more stay in Savannah.”

Photo: Courtesy of Carl BSr under a CC 2.0 license.

Between a tight-knit community, low crime rates and short commutes, professionals looking to move shouldn’t look further than St. George, Utah. Living in an intimate community makes city leadership and civic leaders more accessible, which creates a feeling of inclusiveness that is unique to St. George.

Citizens “often talk about the fact that they can make a difference here,” says Jeriah Threlfall, Executive Director of St. George Area Economic Development. “The St. George Area is a great place to live and work, but only if you like short commutes, low crime rates, amazing recreation, and a good work life balance.”

Threlfall says the local economy is growing, which creates opportunities for professionals to further their careers while still enjoying fulfilling life outside of work.

Photo: Courtesy of Jasen Miller under a CC 2.0 license.

Many cities pale in comparison to Colorado Springs, CO when it comes to innovative environments. This is what attracted the United States Air Force Academy to move to the region, as well as major companies such as FedEx Services Corporation, Progressive Insurance, Boeing, Verizon Enterprise Solutions, Hewlett Packard Enterprise and the United States Olympic Committee, among over 40 others.

“These companies and many others came to Colorado Springs to take advantage of business opportunities, the highly skilled workforce and the extraordinary quality of life the area offers, according to coloradosprings.gov. “A sunny, pleasantly dry and temperate climate, mountains a few minutes drive from downtown, and surroundings conducive to a year-long outdoor lifestyle add up to a healthy and productive workforce.”

Photo: Courtesy of Wesley Hetrick under a CC 4.0 license.

Intellectual orientation combined with cultural activities and city amenities, Gainesville, FL, is more than a college town. It’s a stimulating and gratifying space for emerging professionals, complete with a low cost of living and low crime rates compared to larger metros.

“Folks like the aesthetics of Gainesville in terms of the balance struck between the built and natural environments,” says Erik A. Bredfeldt, Economic Development and Innovation Director. “Gainesville has a very humane scale in terms of person to person interactions and really is a nice place to raise a family due to its north central location in the state, its moderate pace and the connection maintained between city and country.”

If You’re an Entrepreneur, These are the 50 Best Cities for You

Photo: Courtesy of Robbie Shade under a CC 2.0 license.

It is no surprise that Silicon Valley is attractive to professionals, however, the specific village of Palo Alto, Ca., is consistently ranked as one of the best places to live in the country.

“Palo Alto has a reputation as a world leader in technology and innovation,” according to the Economic Development Department’s official policy, “thousands of companies are located here, delivering a wide range of products and services, from technology and its associated enterprises to community-serving businesses.”