As the cost of living in big cities skyrockets, fewer job seekers can afford to relocate, let alone put down roots. 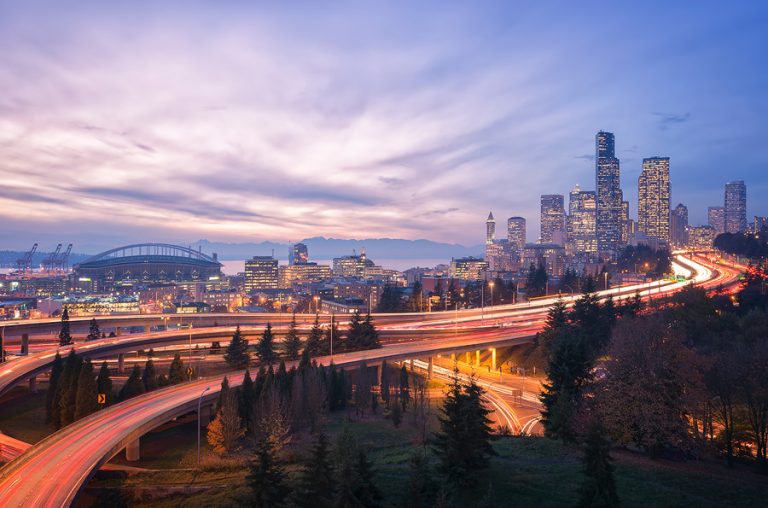 Your dream job pops up in a cool city. You apply, interview and nab the job, but there’s a catch that cuts your celebration short: even with your new salary, you can’t afford to live there. This problem with increasing cost of living is happening more and more in cities that are known for their talent attraction.

Take Seattle, Washington for example. According to Emsi’s annual Talent Attraction Scorecard, Seattle ranks high in talent attraction, coming in at number five in the country. As America’s fastest-growing tech hub, it’s not a question of if Seattle is attracting top talent or not. The question is: what happens when top talent can’t afford to stay?

The cost of living in Seattle is now 52.8 percent higher than the nation’s average, and it’s not just housing that has become increasingly pricey. Seattle’s average prices for basic purchases like haircuts, dry cleaning and even hamburgers are among the highest in the nation, and these things add up. Tack on the fact that the Seattle area’s housing market surged by up to 93 percent in a year with a record-shattering median home price of $2.7 million, and it’s clear that living here requires some serious dough.

These Are the 10 Best Affordable Places to Live in America

These statistics are a big turnoff for job seekers and even for employees already working and living in these high-cost areas. In fact, DCI’s Talent Wars report listed cost of living as the biggest factor in relocation decisions, stating, “even locations with the highest salaries are losing talent because sky-high rents are outpacing paychecks.”

Even though Seattle’s average wages are higher than most cities in America, recent IRS data shows that half of Seattle’s filers reported earnings below $50,000.

In Seattle, the University of Washington is implementing a new strategy to help keep faculty and staff onboard amid the soaring living costs. The university is planning to partner with the Seattle Housing Authority to provide at least 150 subsidized apartments near the school for staffers. While it will take another four years before the project is complete, this is a step in the right direction for employers in high-cost areas.

Denver, Colorado is another shining star in this affordability crisis. Denver has ranked in the top five cities in the nation in talent attraction over the years, but with an above-average cost of living, has also struggled to retain that talent. Enter Denver’s $10 million Revolving Affordable Housing Fund. Started in 2016, the initiative has been extremely successful, and is expected to generate $150 million in the next 10 years for affordable housing.

Meanwhile, employees are jumping ship in L.A., citing the lack of being able to put down roots as the main culprit. To combat this, employers are having to make incentive packages extra tempting with subsidized transportation, relocation costs and other extra benefits that are affecting employer’s pockets.

These cities have taken creative steps to attracting and keeping talent, but there’s no doubt that more needs to be done to ensure top talent can afford to live comfortably and put down roots. One side effect of the high cost of living in large cities is that smaller, more affordable cities have an opportunity to fill the gaps.

While a job seeker might scoff at housing prices in Seattle, up-and-coming tech hubs like St. Louis and Des Moines can make the case that they have great jobs and a lower-than-average cost of living that allows for home ownership and high quality of life.