The key to staying in business is finding a niche. 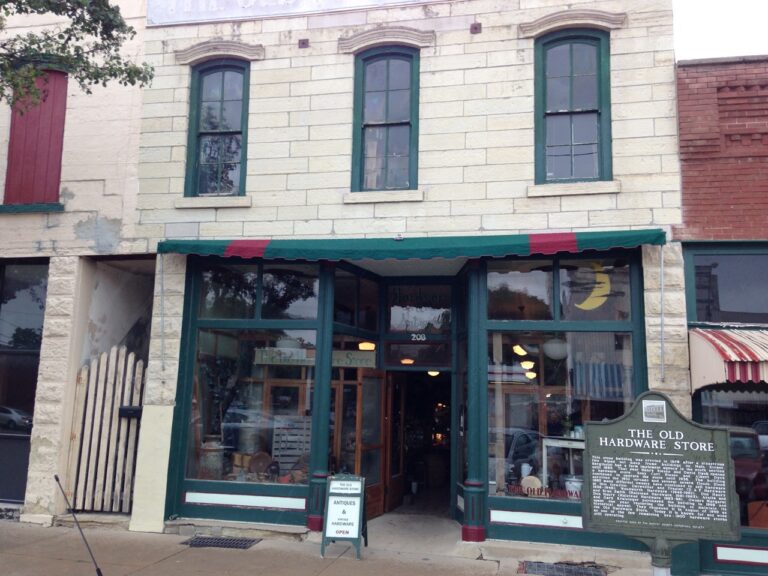 When customers or visitors enter Handy Hardware in Franklin, Tenn., they might feel as though they’re traveling back in time – way back in time.

Among the tools, plumbing supplies, nails and screws found in this old-fashioned hardware store are displays of Civil War relics. The store’s owner, Andy Willoughby, has been a collector of Civil War artillery, bullets and other artifacts since he was a teenager, and his collection is one of the many facets that make Handy Hardware a veritable treasure in this growing city just south of Nashville. Another thing that sets Handy Hardware apart from the big-box retailers is that the store often hosts a radio show called Viva NashVegas, which is broadcast on the Internet. Country musicians and a host come and tape the show right in the middle of the store.

“How many hardware stores have a collection of about 30 artillery pieces and over 1,000 bullets from the Civil War era?” says Willoughby, who owns the store with his wife, Donna. “It’s a different kind of hardware store, that’s for sure.”

Being “different” can be the difference between surviving – even thriving – and going out of business for many of the independently or family-owned hardware stores found in communities across the country. If they can’t compete with the big-box stores in terms of low prices or inventory, they can certainly have the advantage in customer service and offer one-on-one attention. Small hardware stores rely on their authenticity to attract new customers and keep repeat customers coming back.

“We’re the place where people know if anybody’s got it, it’s Handy Hardware,” Willoughby says of the 44-year-old business. “And if we don’t have it, we’ll get it for you.”

Handy Hardware has carved out quite the niche in Franklin, the site of a critical battle in the Civil War and a town dotted with antebellum homes and a rich awareness of preservation. The store is located in the historic downtown area in a building that dates to 1930.

It is stocked with plenty of items for just about any do-it-yourself projects, but the Willoughbys have also added special inventory such as cast-iron cookware, greeting cards and a full line of skincare products. Handy Hardware’s top sellers are the White’s Metal Detectors that are displayed at the front of the store.

“I’ve been metal detecting since I was a teenager,” Willoughby says, “so I also offer a good bit of instruction with the metal detectors.”

Medina Hardware in Medina, Ohio, is a similarly unique hardware store, located in a 143-year-old building and in the same family since 1933.

“Hardware stores are always good business because nothing spoils,” says Rick Stephenson, current owner. “Things don’t expire. It’s still a viable business, but you’ve got to figure out your niche.”

Medina Hardware is right at home among other historic downtown businesses that also date to the 1800s, and Stephenson says its biggest arsenal may be its customers.

“We have a high caliber of customers,” he says. “I call them zealots who are all about keeping us in business.”

Margaret Kraisinger is the owner of a hardware store in Halstead, Kan., that primarily sells, well, hardware. The Old Hardware Store, which dates to 1879, features a range of authentic hardware such as antique doorknobs, hinges, furniture pulls and the like.

“It’s unique in that there’s nothing much like it at all,” Kraisinger says. “It’s a museum-type attraction, but at the same time, it’s a retail store that features hardware that’s very hard to find.”