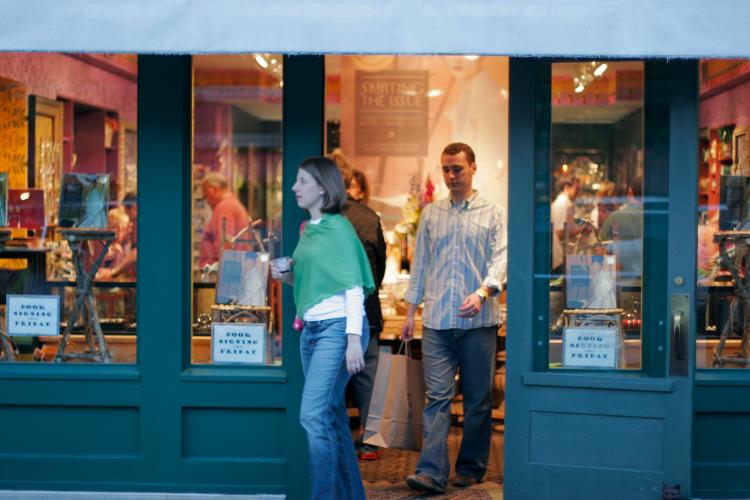 Towns in many states are hoping for a retail resurgence in their main streets. A storm has been raging among so-called “brick and mortar” businesses that they are compelled to collect state sales tax while online retailers often do not. This difference creates a potential loss of revenue dollars for the state, but it also creates unfair competition for small businesses with fixed overhead costs. This discrepancy has made it harder for small retailers to compete, contributing to downtown vacancies.

The issue has come to a head over the past year when an agreement was reached to force giant online retailer Amazon to collect sales tax for purchases in Indiana, Nevada and Tennessee. With those states and South Carolina about to do the same, there are 20 states in which Amazon will collect sales tax. In the case of Tennessee, Indiana and Nevada, Amazon was also locating or expanding its distribution facilities in those states.

A national solution to the issue has been proposed, called the Marketplace Fairness Act, which would require Internet sellers to collect the states sales taxes. The act was passed in the Senate in 2014 and now is being debated in the House.

Grant Monahan of the Indiana Retail Council says his state is losing $80 to $150 million annually in sales tax revenue due from online sales.

“Brick and mortar stores cannot survive in this current retail climate with Internet retailers having such an advantage,” says Jeff Kinney, owner of Kinney Dancewear in Indianapolis. “We are fortunate to have a loyal customer base, but when there is an advantage in which one retailer collects a tax and one does not, that is unfair. I know our sales over the last few years have been hurt by as much as 20 percent," Kinney says.

Tennessee officials estimate that the state loses about $400 million annually by not collecting all of the Internet tax they are due.

Donnie Eatherly, owner of P&E Distributors of Goodletsville, Tenn., says, “I collect a 9.75 percent sales tax and an online retailer does not; that is an advantage I can’t compete with.”

Eatherly, who distributes auto and truck parts, says he knows people who walk into his store and find the product they want and then go to an online retailer who doesn’t collect the tax. Eatherly thinks enforcement of sales tax laws will at least put smaller brick and mortar retailers in a better position to compete.

“We are not talking about a new tax; we are talking about collecting the tax the state is due from online sales,” he says. Eatherly believes the Main Street Fairness Act “is a fair and equitable way for everyone to participate.”

“The agreement with Amazon is important. Now, they are competing on a more equitable basis with our members, and we are hopeful the national act will get everyone involved,” says Bryan Wachter, director of Public Affairs for the Retail Association of Nevada. “Small Main Street businesses are holding on by a thread,” Wachter says. “All they want is fair competition.”

Wachter estimates that the State of Nevada could collect as much in $300 million in state tax revenue if all online retailers were participating. Wachter says he believes customers want to buy local, and when overhead costs are equal, they can more than compete.