Onshore Outsourcing: Why More Companies Are ‘Outsourcing’ to Small Cities

Instead of moving jobs overseas, companies are drawing on talent in small cities and rural areas — and everyone is reaping the benefits. 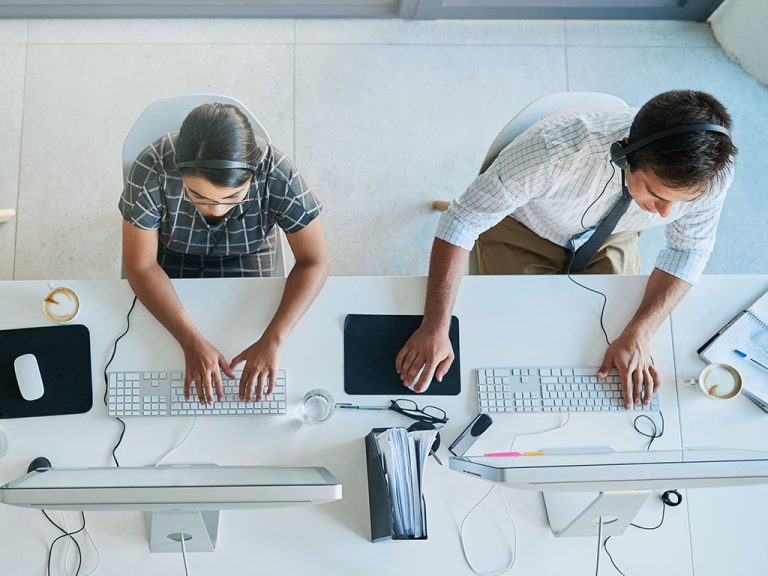 Over the years, the word “outsourcing” has come to evoke dread and frustration, and it’s easy to see why: while it makes financial sense for corporations to move jobs overseas to cut labor costs, the decision to outsource often has devastating effects on local economies, putting thousands of people out of work.

Luckily, there’s a creative compromise that has been gaining traction in recent years: onshore outsourcing. Instead of moving jobs overseas, companies move them to small towns and cities stateside, where not only is labor cheaper, but so is the cost of living. As big cities become prohibitively expensive for many people, onshore outsourcing is an innovative talent attraction strategy that saves companies money while revitalizing small towns that would otherwise be overlooked.

One company that helped pioneer this ingenious idea of “rural outsourcingâ€ is Saturn Systems, a Minnesota-based software development company. Instead of outsourcing to another country or paying exorbitant amounts to find talent in pricey metro areas, Saturn Systems has looked toward the smaller port city of Duluth for all of their outsourcing needs.

“Onshore outsourcing or rural outsourcing is all about value,” Saturn Systems Vice President of Business Development Scott Risdal told Livability. “Low offshore rates will not guarantee a low cost for your project, nor does hiring the most expensive metro firm guarantee success. Rural outsourcing provides that balance of expertise, accessibility and cost to deliver the highest value for our customers.”

The numbers support Risdal’s claim: Saturn Systems’ rural outsourcing rate can be up to 40 percent lower than its competitors in metro areas.

Some more advantages? It allows companies to manage a more unified team – one that isn’t spanning across several time zones and cultures. That distance is not only literal, but employees in the home office feel distant from their co-workers abroad and have a hard time communicating efficiently.

And the cities and towns where new jobs are created reap the benefits as well, seeing growth and revitalization across the board.

“[Our communities] get to keep and attract very intelligent, caring citizens who want to have a positive impact on the cities where they live and work,” says Rural Sourcing CEO Monty Hamilton. “Our centers are all located in the downtown areas and we’ve become a catalyst in many of these smaller cities for additional real estate development and additional growth in the tech scene.”

Duluth isn’t the only onshore outsourcing city in America. Several companies have taken advantage of this process, including the aptly named company, Onshore Outsourcing. Located in the more rural town of Macon, Missouri, Onshore Outsourcing’s mission is to provide hard-working Americans and veterans with satisfying careers in IT, while also helping Fortune 2000 companies maintain and increase their success.

Jonesboro, Arkansas, the state’s sixth largest city, is also home to one of America’s biggest onshore outsourcing firms, Rural Sourcing Inc., and is a great example of a city where rural sourcing companies like to set up camp. These companies are seeking “tier threeâ€ cities, or cities within a county of at least 50,000 people, with nearby colleges and universities and an affordable cost of living. Rural Sourcing Inc.’s two other outposts are located in Augusta, Georgia and Durham, North Carolina – both cities that also offer that perfect combination of resources to make onshore outsourcing work.

According to an article The New York Times, America is in its onshore outsourcing boom right now. While many companies outsourcing on American soil are smaller firms, IBM has announced its plan to hire a whopping 25,000 Americans in the next few years. That’s a big step, especially considering the tech giant has long been known as one of America’s biggest offshore outsourcing companies.

Similarly, last year, Infosys revealed that they would be hiring 10,000 starting from centers in North Carolina and Georgia.

As offshore outsourcing is continuously getting pricier and its growth is slowing, many believe that this is only the tip of the iceberg for onshore sourcing.

For workers, companies and small cities, this is very good news.