Skip to content
Home > Education, Careers & Opportunity > See How Food Scraps Are Being Used by Farmers

See How Food Scraps Are Being Used by Farmers 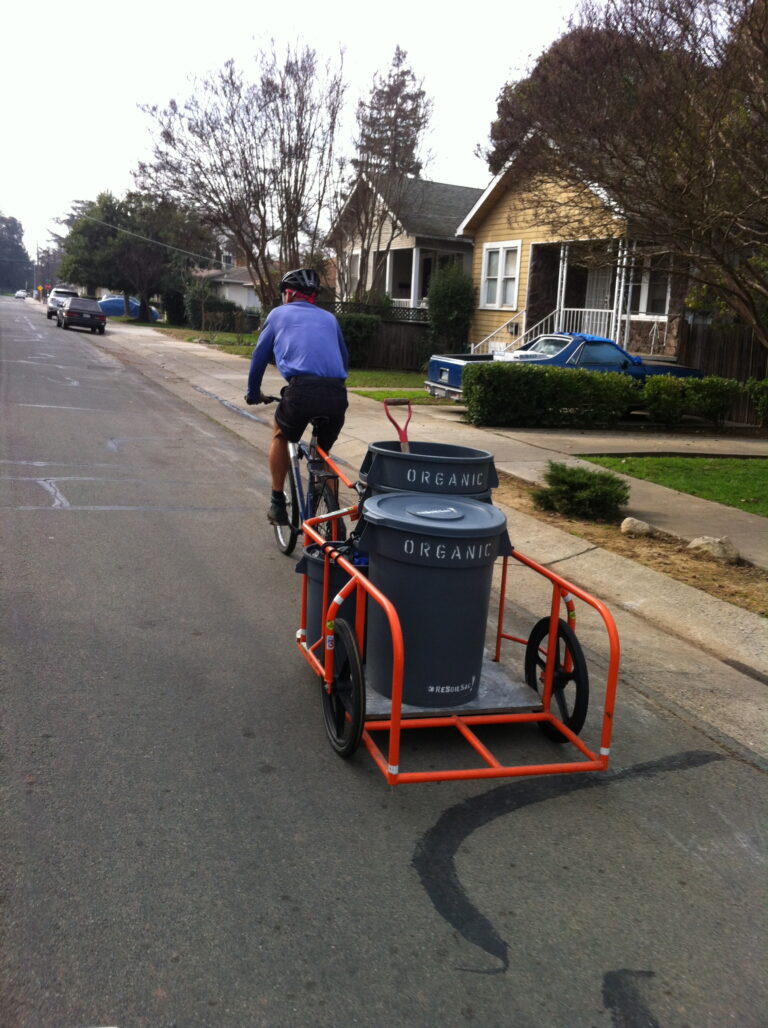 Using pedal power and an eagerness to get their hands dirty, a group of citizens in Sacramento have recently launched a campaign to return restaurant food scraps back to the earth from whence they came.

Through a program known as ReSoil Sacramento, co-founder David Baker has begun a push to collect organic waste from area eateries and haul it off to local farms and gardens. It’s a project of the Green Restaurants Alliance Sacramento (GRAS), a coalition of restaurants, growers, wineries, vendors, and others dedicated to making the city’s food and dining community more environmentally sustainable.

“Sacramento didn’t have a (similar) program of any kind,” says Baker, who is also co-founder of GRAS and serves as its director. “I was working in the restaurant industry, and a few us got together to just try this on a very small level.”

ReSoil Sacramento began with a handful of participants in the summer of 2014, and by early 2015, had 16 restaurants, cafes and coffee shops separating their food waste – vegetable peelings, eggshells, coffee grinds and the like – and placing in a compost bin for pick up. Though the group first started hauling away the waste in large trucks, it didn’t take long before Baker had better ideas.

“We realized it would be cheaper and more efficient to run it by bicycles,” he says. “We have a trailer that was custom-made for us. We can wheel it up to the gardens, around back, and through gates and things. Using trucks was actually a lot more work. A bicycle is the perfect vehicle.”

The program in Sacramento is not unlike others that are operating elsewhere in the country.

“There is a burgeoning movement of pedal-powered community compost networks,” Baker says.

Perhaps the oldest is Gainesville Compost, founded in 2011 in Gainesville, Fla., and considered a beacon for communities looking to launch pedal-powered compost efforts. Austin, Texas, is also a hot spot with Compost Pedallers, and in Traverse City, Mich., 10-year-old Carter Schmidt has been running Carter’s Compost with his dad, Ty Schmidt, for a couple of years.

Baker says that ReSoil Sacramento is not only helping to keep more waste out of the landfill, but it is also serving a purpose by educating the community on the importance of composting and the nature of compost material.

“Organic waste is a valuable resource,” Baker says. “Some cities are very well tapped into this and are collecting it. Here, it’s still a lot of times considered garbage.

“It’s kind of like aluminum cans. No kid in California is going to throw away an aluminum can because he knows that’s a valuable resource. So that’s what we aspire to do as far as organic waste.”

With 2015 being the International Year of Soils as established by the United Nations, Baker believes this is a key year to bring awareness about composting.

“I’m not saying this is going to save the world, but there are scientists who are really touting the potential for sequestering carbon back into the soil.”