Skip to content
Home > Education, Careers & Opportunity > These Cities Should Be On Your List for a Tech Job

These Cities Should Be On Your List for a Tech Job

Sure there are big cities, but mid-size and smaller communities can reign as well. 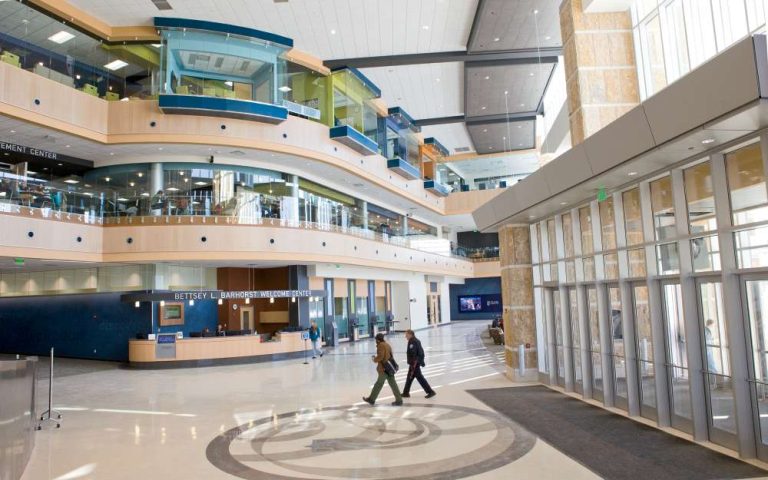 Okay, the big cities are rather obvious. Seattle is a great place to find tech jobs, and so is Boston. The same goes for San Francisco and Austin.

At Livability.com, we like to point out that there are many other smaller and mid-sized cities where people can go to find high-paying and challenging work in the high-tech sector. Our rankings combined – Top 50 Best Cities for Entrepreneurs and Top 100 Best Places to Live – focus on these cities that are high-tech and offer a high quality of life – where entrepreneurs want to work AND live.

Indeed, the world’s No. 1 job website with more than 200 million worldwide visitors every month, put together a 2017 list of the top eight cities in America that are tech hubs, and the list begins with San Jose in the heart of Silicon Valley. In second place is Washington, D.C., which is understandable due to its large array of federal government facilities.

Baltimore and Seattle are ranked No. 3 and No. 4, and rounding out the top eight are Raleigh, San Francisco, Austin and Boston.

Indeed compiled its list by researching the top 51 metropolitan areas in the nation and studied the proportion of tech job listings in those largest of cities. The eight big-namers are certainly major players, but there are also negatives about living in those metropolises – for example, they all have high costs of housing, expensive schooling and other highly priced “musts and conveniencesâ€ associated with a good quality of life.

Like we highlighted before, Livability.com believes that smaller metros reign in tech as well – so here are our top picks for tech jobs.

For instance, Iowa City is a great place to start a business and to live. Iowa City is home to many entrepreneurial endeavors and corporate headquarters, and the University of Iowa and the UI hospitals and clinics are the area’s largest employers.

Then there is Boulder. The city has a creative class of workers and several companies listed on the Fortune 500, and Boulder ranks high on lists for entrepreneurship, affordability and the easy availability for small business loans. Major employers include Ricoh Production Print Solutions, which oversees hardware, software and problem-solving solutions to companies that do a lot of production printing, and IHS Markit Digital, an IT company that compiles financial data for stakeholders in the finance industry.

Bozeman, MT is a terrific place for tech. This community is tech savvy with businesses like Oracle in its backyard, and Bozeman continues to increase its high-wage job growth and average household income. Montana State University students have earned prestigious scholarships and research grants that place the relatively small school on par with top research universities nationwide. University research has helped carve a niche in the laser optics industry, making Bozeman second only to Albuquerque for laser optics companies.

Another tech savvy city is Rochester! Home to Mayo Clinic and known as a growth city that is ideal for entrepreneurs, the city was ranked No.1 on our Best Places to Live list in 2016. Rochester’s many advantages include affordable housing and an average household income near $100,000. The city’s growing reputation as an innovation center, thanks in part to the expansion of the Mayo Clinic and the multi-billion-dollar Destination Medical Center initiative, the Rochester area has more than 12,000 unfilled jobs, with the prospect of even greater job availability in the future as the city continues to grow.

Meanwhile, Provo, has a growing job market and is one of the first cities selected by Google for crazy-fast broadband material Google Fiber. Another spot to look out for is Beaverton. The city is home to mobile app developer Gamma Point and is part of the ‘Silicon Forest.’

Other cities where tech jobs are abundant include Madison,which is rich in both creative and tech-savvy business headquarters and research centers; and Palo Alto, located just north of Silicon Valley and a hotspot for entrepreneurs and intellectual types whose talents can often include engineering and/or computer programming skills.