Skip to content
Home > Education, Careers & Opportunity > Cheers to a New Career: Why So Many Engineers Become Distillers

Cheers to a New Career: Why So Many Engineers Become Distillers

What's behind the wave of distilleries opened by former engineers? The two career paths have more in common than you might think. 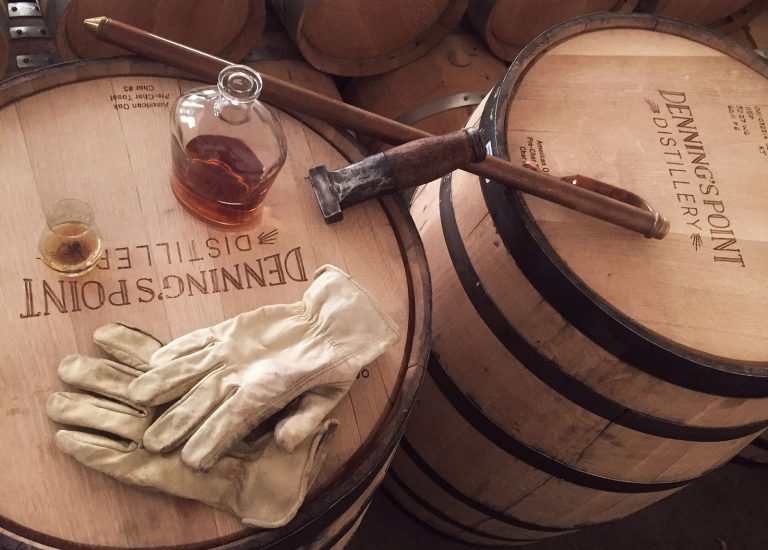 Becky Harris hates sitting still. It’s one of the many reasons she decided to skip law school, her original plan, and become a chemical engineer instead.

After a successful career working for companies that make food containers, contact lenses and copper-nickel plating for electronic devices, Harris set her sights on yet another job that would stimulate her engineering brain: chief distiller.

Harris and her husband Scott founded Catoctin Creek Distilling Company in 2009 in Purcellville, VA, a small town roughly an hour outside of Washington, D.C. For Harris, it was a natural transition and has proved to be a perfect second career.

“As far as chemical processes go, (distilling is) one of the earliest that humans created,” she said. “And just trying to reproduce what you do every day — keeping very careful records, paying attention to detail — all those things require the same set of skills you focus on when you’re an engineer.”

College towns consistently rank among the most economically resilient places in the country. Here’s why.

Harris’ path from engineering to distilling is more common than you might think. Chances are, one of the local distilleries in your neighborhood or city has a current or former engineer at the helm.

Why? These seemingly different career paths have tons of overlap. However quaint and artisanal it may seem from the outside, distilling is a complex manufacturing process with lots of moving parts. It requires creativity, problem-solving skills, critical thinking and hands-on technical knowledge to boot.

Many distilleries simply hire specialized engineers to help set up their stills or to monitor their distillation processes. But others like to take a more DIY approach, and having some scientific background can help.

Skills aside, engineers across the country often earn high salaries and have the cash to open a small business, especially one that requires expensive specialized equipment and time — months or years, depending on their spirits of choice — before the first sale.

Though her engineering career prepared her for many of the elements of running a distillery, Harris says she had to learn just as many skills on the fly. Branding, marketing, selecting ingredients, sales, cleaning, legal rules and regulations — the list goes on. And while Harris had to deal with unexpected problems and issues on the job as an engineer, they were nothing compared to what running a small business entails.

“Being an engineer, you build systems and you want things to be predictable,” she says. “But you really grow beyond that if you’re going to open a small distillery. You end up putting a lot more hats on. You have to be comfortable with being uncomfortable. You’re never going to be able to say, ‘This is all good. I’m done,’ because everything’s constantly changing.”

Engineers are programmed to think in terms of maximum efficiency — finish the project on time and on budget, preferably under budget. And while that’s true for many elements of a distillery, there are some projects you just can’t skimp on, as Harris learned when Catoctin began working on its branding and imagery.

“That really is something you have to flip from an engineering perspective. ‘Well, I’m spending a lot of money on this label, I certainly could do it cheaper,’ but it’s not really about that,” she said.

Some engineers-turned-distillers never give up their day jobs, seamlessly melding the two professions into a happy (and busy) life. Case in point: Joel Kath is the founder of Proof Artisan Distillers in Fargo, ND. He also owns an engineering consulting firm that specializes in electrical systems for projects like water plants and airports.

Kath says his two businesses aren’t all that different from one another. From top to bottom, running a distillery is a profession that involves many types of engineering.

“Engineering and distilling seem like a natural extension of one another,” he says. “The distillery itself is a process plant consisting of pumps, chillers, boilers, heat exchangers, etc. There is a science and biochemistry aspect involved in the mashing and fermentation process. There are industrial engineering challenges in materials, handling of grains, mashing and disposal. Cellar management also requires logistics of materials handling.”

But distilling is also an art form, particularly when it comes to what makes distilled spirits so great — how they taste and smell. Even so, the goals of the two professions are the same.

“The profession of engineering strives for perfection in the results of solving problems,” Kath said. “This carries over to the passion for producing perfection in our spirits.”

Engineers and other scientists are also naturally curious, and they’re not afraid to get their hands dirty to learn something new. After college, Karl Johnson worked for a chemical engineering research company distilling rocket fuel (yes, really). That early experience got him curious about distilling spirits, and when he spotted an antique moonshine still at a flea market, he decided to buy it and experiment.

Whether you’re looking for a career change, a lifestyle change or just a change of scenery, these cities will give you the jumpstart you need.

Many years later, after running his own healthcare finance business, Johnson decided to pursue his love of distilling full-time. He opened Denning’s Point Distillery in Beacon, NY, in 2014 with co-founder Susan Johnson (no relation).

While building out the distillery, Johnson did nearly all of the work himself. He found and repurposed random equipment off Craigslist and eBay, tweaking each piece of recycled gear to make it useful in a distillery.

“I was really fortunate that my scientific background gave me a comfort level to be able to just jump in and do that stuff,” he says. “Not that I didn’t make a few mistakes along the way.”