Skip to content
Home > Education, Careers & Opportunity > Why would anyone want to live in the “Icebox of the Nation”?

Why would anyone want to live in the “Icebox of the Nation”? 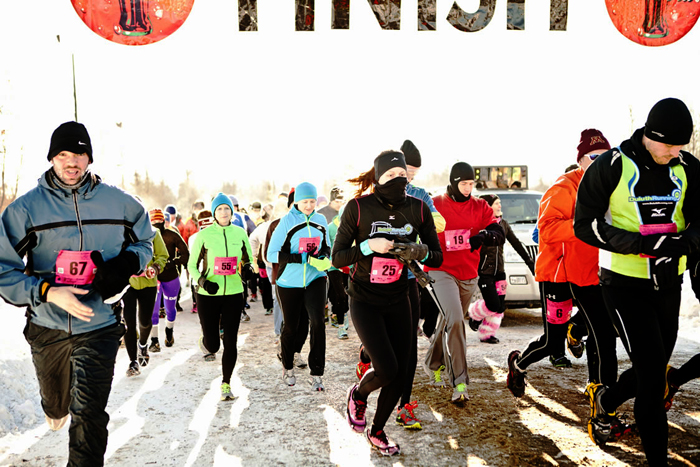 The city of International Falls, Minn., goes to great lengths to be known as the coldest city in the country. This city of 6,352 residents won a legal battle over the right to trademark its official nickname, “The Icebox of the Nation.” Why city leaders would market their town as the coldest place in the U.S. leaves many Southerners scratching their heads. The real question is why would anyone want to live in a place where winter temperatures average minus 7 degrees, and it routinely drops to 40 below zero.

“Everyone here kind of congratulates themselves on making it through another winter,” International Falls Mayor Bob Anderson says. “We have a sense of pride for living in this cold climate and doing so well in it.”

The record low in International Falls was set in 1909, when the temperature dropped to minus 55. At that temperature, exposed skin can suffer frostbite in under four minutes. Water tossed in the air will freeze before it hits the ground. Fuel lines can freeze in vehicles and tires lose pressure, taking on a square shape. The extremely cold winters that residents of International Falls endure make the city a popular place for product testing. Automakers from around the globe bring concept vehicles to International Falls to see how they’ll fare in the cold. Many clothing and airplane manufacturers also bring products to the city for cold testing. Frigid conditions create the perfect laboratory for new batteries, engines and lubricants. The city partnered with Koochiching County to build a cold weather test facility, which includes a cold room that can hold up to nine vehicles and be chilled to 40 below zero.

The extreme cold also lures adventure seekers who come to International Falls to cross-country ski, ice fish, snowmobile and race. The annual Icebox Days festival includes 5K and 10K races dubbed Freeze Yer Gizzard Blizzard Runs. The Arrowhead 135 is a more grueling race event, challenging participants to run, bike or ski 135 miles across northern Minnesota. Only 35 percent of the racers finished the course in 2014. Organizers say the average finish rate is below 50 percent. Most racers can’t make it to the checkpoints in time. It’s not uncommon for racers to see temperatures drop below 30 degrees.

Sustained cold keeps the ground frozen for several months. Anderson says sewer pipes and water lines must be buried deep because the ground can freeze even 7 feet below the surface. That creates perfect conditions to harvest the timber that grows in the wetlands and bogs that dot the landscape around International Falls. Large trucks and cutting machines can maneuver more easily on frozen ground, causing less damage to the land than if it was thawed. Boise Paper, a division of Packaging Corporation of America is the city’s largest employer with approximately 630 employees, according to Anderson. Several other businesses use timber to create building products, such as boards for home construction.

Living in the Cold

International Falls’ population has remained relatively stable during the last decade. Located on the banks of the Rainy River, overlooking Canada, the city is part of a metro area with nearly 18,000 people. Residents are quick to point out that it’s only really cold from October to March, although winter temperatures and snow lasted until May in 2014. Spring and summer are characterized by cool, pleasant weather with highs in the mid ’70s and lows around 48.

“Winter is only one season,” says Pete Schultz, director of International Falls, Rainy Lake and Ranier Convention and Visitors Bureau. “Summers are glorious. I love bird hunting and watching songbirds. We also have colorful falls.”

The constantly cold winters allow residents of International Falls, like many northern cities, to enjoy sports you don’t typically find below the Mason-Dixon Line, like cross-country skiing, snowmobiling, ice fishing and hockey.

“We have all sorts of winter recreation that you won’t find in warmer climates,” Shultz says. “A lot of people enjoy snowmobile riding. You can hop on a trail here and ride for a 100 miles. People will snowmobile to dinner.”

International Falls typically receives around 65 inches of snowfall each year. In 2014, the city got more than 100 inches of snow. The city’s snow plows keep roads clear, and large trucks bring tons of snow to “snow dumps” where it’s piled and typically doesn’t melt until well into the spring. Anderson points out that residents enjoy the same technological amenities found in most large cities and have access to an international airport, with flights arriving and departing twice a day.

Even with the recreational activities and the infrastructure in place to keep the city going, residents tend to experience a bit of cabin fever.

“It can be rough at times,” says Jenn McKelvey, a native of International Falls who lived in New Mexico for a short time before returning. “It gets really cold and, you know, snowy, but it’s also beautiful. When you have to get up early to start your car or get it stuck in the snow because it’s so deep, well, that can be frustrating.”