It's all about interesting venues and fan experience this baseball season 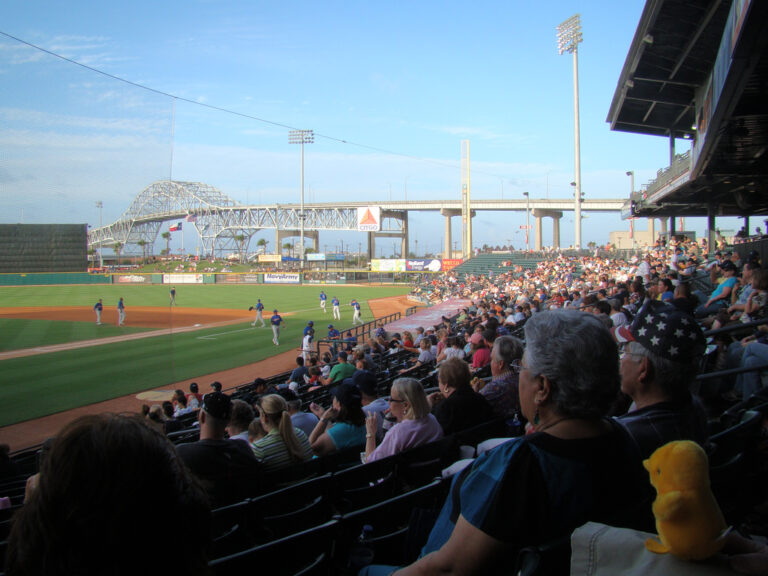 All baseball stadiums have similar characteristics: four bases, a pitcher’s mound, two dugouts, grandstands, a scoreboard, concession stands. But let’s face it, not all ballparks are created equal. Some are just more interesting and experience-appealing than others. With that in mind, we present Livability.com’s 10 best minor league baseball stadiums, in alphabetical order:

On virtually every baseball expert’s list as one of the finest stadiums in the minor leagues is AutoZone Park in Memphis, home to the St. Louis Cardinals Class AAA affiliate Memphis Redbirds. The 14,384-seat stadium opened in 2000 with designers using Camden Yards, Fenway Park and Wrigley Field as models for construction.

The Spokane Indians are a Class A affiliate of the Texas Rangers and play in Avista Stadium in Spokane, which allows fans to get close to the action and offers amazing glimpses of beautiful mountains behind the outfield. Ticket prices are only $6-$10, and concession stands feature several Washington-based products including Pyramid Brewing’s Curveball and Hefeweizen micro-beers.

A streak of more than 1,000 consecutive sellouts continues to this day at Fifth Third Field, home of the Dayton Dragons, a Class A affiliate of the Cincinnati Reds. The panoramic 7,230-seat ballpark is easily accessible off I-75 in Dayton, and between-inning entertainment for the kids includes a petting zoo.

Brand new. First Tennessee Park in Nashville opens April 17, 2015, as home of the Nashville Sounds, an Oakland A’s Class AAA farm team. The Sounds signed a lease through 2045 to play at the spacious $65 million, 8,500-seat ballpark that replaces the team’s Greer Stadium where the Sounds played since 1978.

Davenport is home to the River Bandits, whose Modern Woodmen Park seats 4,024 and has attractions like a 110-foot Ferris wheel beyond the left field wall. Fans have great observation angles of the Mississippi River and a spanning Centennial Bridge that looks spectacular when lit at night.

The Timber Rattlers are a Class A club of the Milwaukee Brewers, and Fox Cities Stadium in Appleton also hosts the annual NCAA Division III College Baseball World Series. The ballpark with 12 different concession areas underwent a major renovation in 2013 to enhance all aspects of the fan experience.

Pro baseball in California’s capital city Sacramento dates to 1903, and the River Cats have been a successful Class AAA team at Raley Field since 2000. Stadium attendance averages 8,000 for home games, and fans get an excellent view of the city skyline and a bridge that crosses the Sacramento River.

Magnificent perspectives of the New York City harbor along with the downtown Manhattan skyline are glamorous bonuses for fans attending a game at Richmond County Bank Ballpark. Spectators along the third baseline can also see the Staten Island Ferry and Verrazano-Narrows Bridge.

Graced with palm trees all around the stadium, Tradition Field opened in Port St. Lucie in 1987 and still looks modern today. Concession stands carry name-brand products like Nathan’s hot dogs and Starbucks coffee, while the design of the ballpark allows a refreshing breeze to cool fans during warm-weather months.

Its location along the Gulf of Mexico lets fans at Whataburger Field see ships and a harbor bridge adjacent to this beautiful ballpark in Corpus Christi. Kids are entertained by mascots like Rusty and Hook and Sammie the Seagull, and adults can frequent concessions such as Nolan Ryan Grill and Beers of The World.