It doesn't get much better than seeing a movie in a piece of Hollywood history. 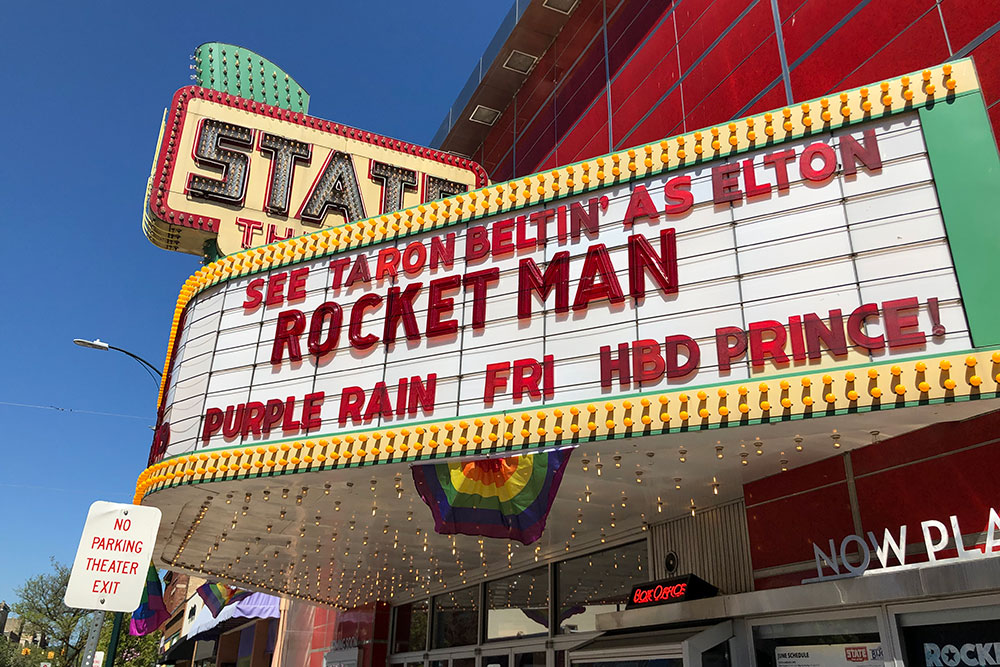 During Hollywood’s golden era in the 1920s and ’30s, thousands of movie houses were built across the country in cities and towns of all sizes. Some of those pieces of Hollywood history are still in existence today.

Want to experience a modern-day movie in a theater from another era? Here are some of the coolest historic theaters in the country that are still in operation today…

1. The Gem Theatre in Kannapolis, NC

The Gem Theatre originally opened on December 31, 1936, but in 1942 it was overtaken by a fire and reduced to ashes. Due to World War II, materials weren’t available, so the Kannapolis-based theater wasn’t rebuilt until 1948.

The “Gem of a Showplaceâ€ is home to the annual North Carolina Music Hall of Fame induction ceremony and is one of the oldest single-screen movie theaters in operation today. Even better? The prices won’t break the bank! Tickets are just $5 for adults and $4 for kids. Concession stand goodies won’t cost you much either, with a large popcorn running for just $4.

2. The Athens Theatre in DeLand, FL

There aren’t many examples left of classic theaters in central Florida, but the Athens Theatre, once deemed “Florida’s Handsomest Theater,â€ was designed in 1921 and has gone through many phases from a vaudeville theatre to a movie house, video game room and dinner theatre.

During the Great Depression, historians say the DeLand cinema was the only place people could afford because they only charged nine cents for children and RC Cola promotions allowed patrons to enter free with six RC bottle caps (we wish that promotion was still going on). Today the theater hosts community events, concerts and lectures and is home to the Athens Theatre Company. 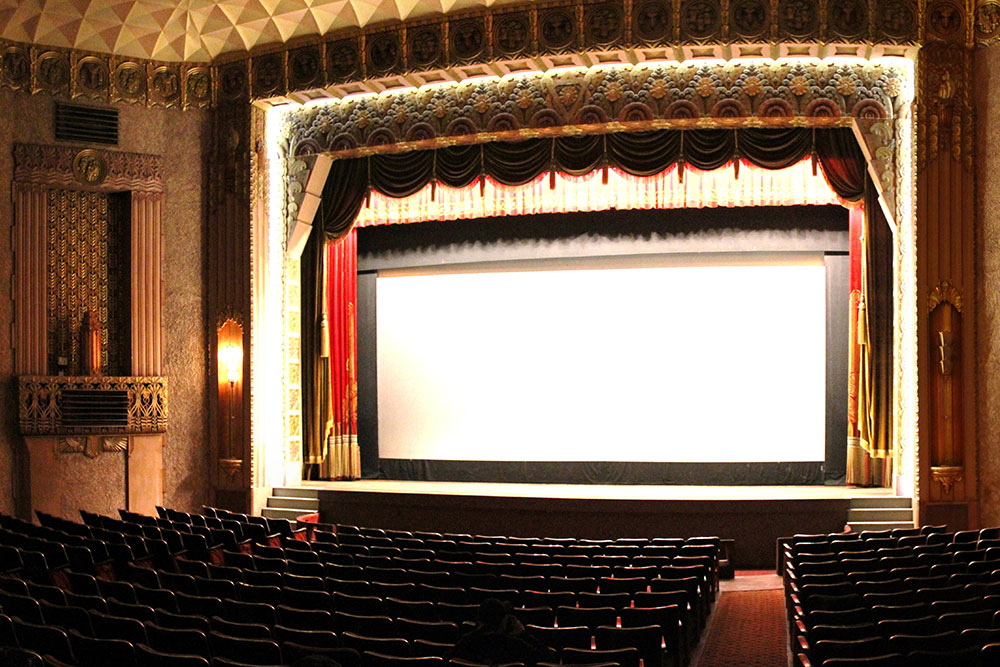 The Washoe is one of the last theaters built using the grand art deco style and remains one of the few in existence today. Built on the site of the Margaret and Sundial Theaters, the Washoe was a product of the Washoe Amusement Company, which formed to lobby local citizens for the reconstruction of the theater site.

The Anaconda-based theater was built in 1931 but didn’t officially open until 1936 because of the Great Depression. The Washoe was added to the National Register of Historic Sites in 1982 and has been ranked fifth in the nation for its architectural value by the Smithsonian Institute. It still remains active as a movie theater today with some of the original curtains.

The name Ringling may sound familiar because it is!

“America’s Prettiest Playhouseâ€ was originally opened in 1915 by Albert Ringling of Ringling Brothers Circus fame, as a gift to his hometown of Baraboo, WI. The theater was built in the French Renaissance style and is adorned with unique tapestries and the exterior is grandiose.

Despite renovations in the 1970s and later in the 90s, the theater has remained almost completely intact and still in operation today. The facility now serves the area as a premier cultural center that offers a wide array of local, regional and national cultural programs and events. 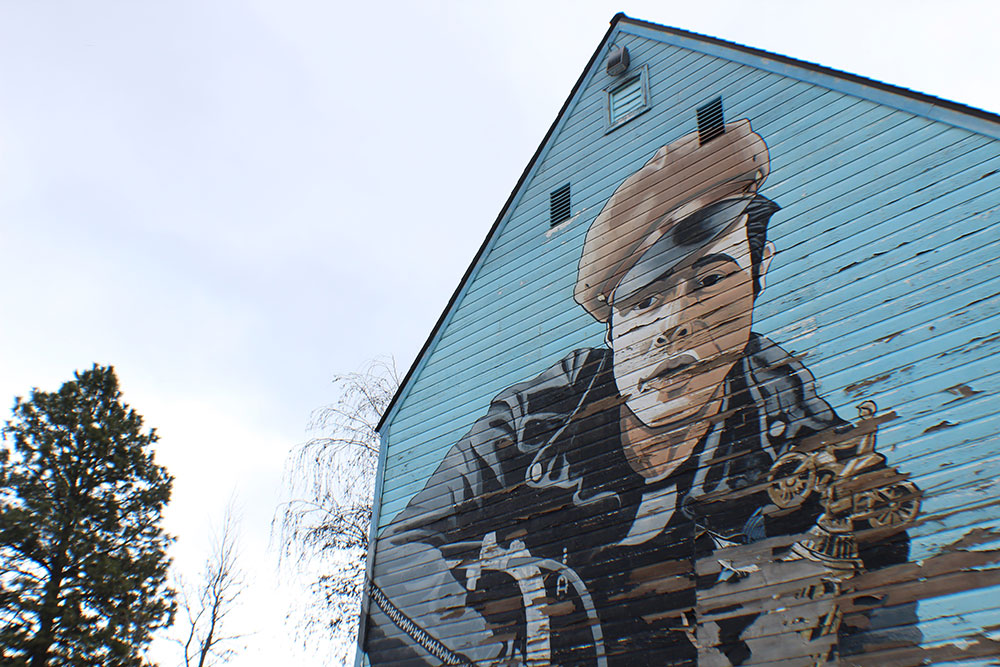 Roslyn / Courtesy of Cole Quinn under a CC 2.0 license.

The clapboard building looks like it came out of the Wild West and has gone through a few transformations. Originally used as a mortuary and pharmacy, the Roslyn Theatre opened in 1979. Dubbed the ‘World’s Best Little Theatre,’ the Roslyn only seats 100 people – so come early! If concessions are your thing, this is the place to go. The popcorn is available with real butter or in the theater’s famous yeasty style with a multitude of toppings including – wait for it – gravy. The Roslyn-based venue is also the only theater where you can bring your dog to watch a film with you. And if you step out back, you can see a giant mural of actor Marlon Brando. 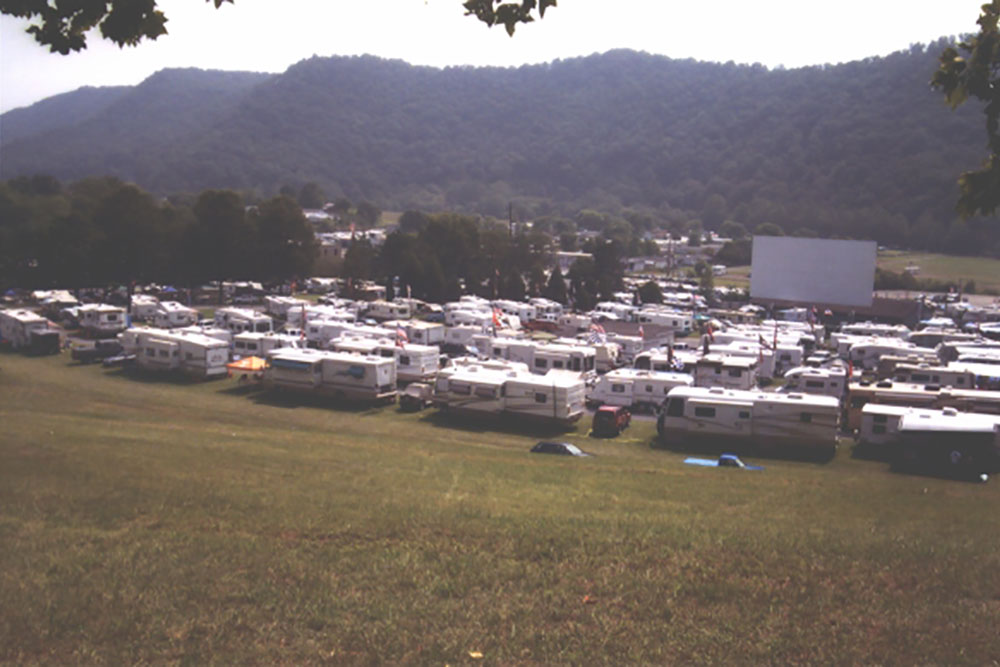 Drive-in theaters aren’t a thing of the past. You can find this one in the mountains of north east Tennessee. The original wooden screen tower at the Twin-City Drive-In was built in 1949 and destroyed by a tornado in 1977, but it was rebuilt within a week, so no movie-filled weekends were missed!

Today, the family operated theatre is open on weekends during the spring and fall and serves up nightly double features in the summer. The Blountville site also doubles as a temporary campground for NASCAR and Drag Races held at the Bristol Motor Speedway. 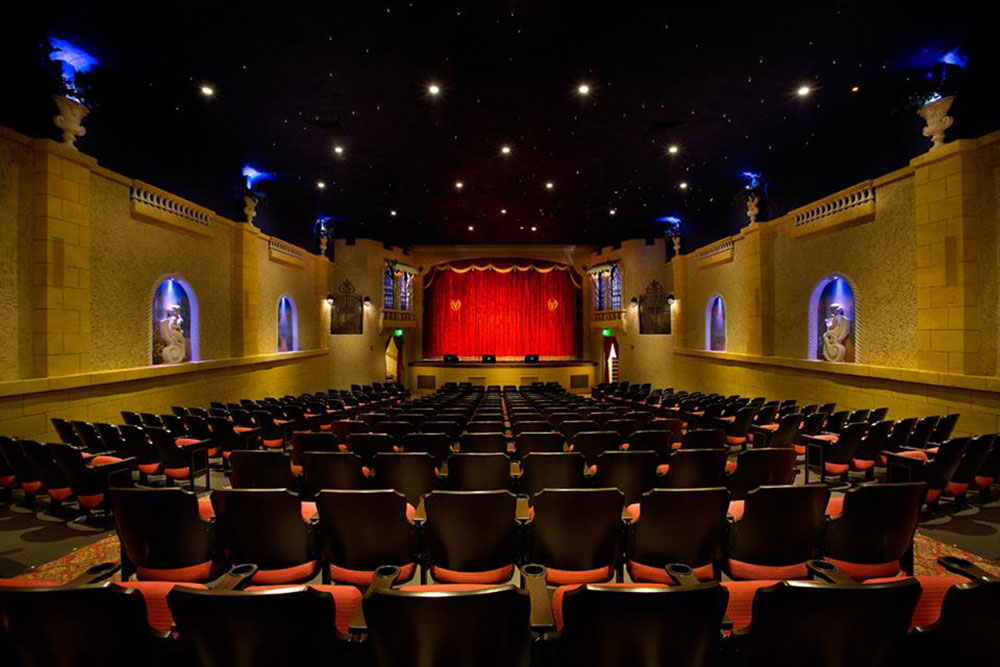 7. Tivoli Theatre in Spencer, IN

The Tivoli Theatre opened on New Year’s Eve in 1928 and was described by publications as one of the finest small-town theaters in the country. Built to resemble an enclosed Spanish garden, the auditorium features a blue ceiling with twinkling stars, giving the effect of an outdoor theater.

In the ’80s, two fires damaged the historic Tivoli, both causing significant smoke damage to the structure. The Tivoli reopened after both fires and continued to operate before closing in 1999. In August 2012, with help from funding by the Cook Group, the restoration of the Tivoli Theatre began, complete with the recreation of the starlight constellation pattern, designed to match the alignment as it would have appeared over Spencer on December 31, 1928. On April 11, 2013, the Tivoli reopened and screened its first film in nearly 14 years.

In 1916, the Lyric Theatre opened its doors in Traverse City with the silent film, “The Iron Strain.â€ A fire destroyed the building in 1923 and it reopened later that year. In 1929, the theater showed “Lucky Boyâ€ making it the first “talkieâ€ film run in the city, and during that screening, they showed a short clip of Herbert Hoover’s inauguration speech. The Lyric was the first theatre in Northern Michigan to operate Vitaphone-Movietone equipment, the last major analog sound-on-disc system. It was destroyed again by fire in 1948, and when it reopened in 1949, it had a new name: the State Theatre.

Today, the State Theatre houses two small screens in twin theaters, after a remodel in the late 1970s. The best part? The State Theatre has twinkling stars on the ceiling! The stars were mapped by a Northwestern Michigan College astronomy professor to match the stars and constellations of sky of Northern Michigan. Over 2,000 fiber optic lights of various sizes were installed to make your movie watching experience a magical night under the stars.

The Liberty Theater originally opened in 1930 as a first-run movie theater and was in operation for 50 years. After sitting empty for decades, the theater was purchased and restored by the City of Tyler. The restoration created an art deco style theater and was reopened under the name Liberty Hall in September 2011. Today the theater seats 300 people and patrons can enjoy live music, comedy and revivals of classic film favorites. 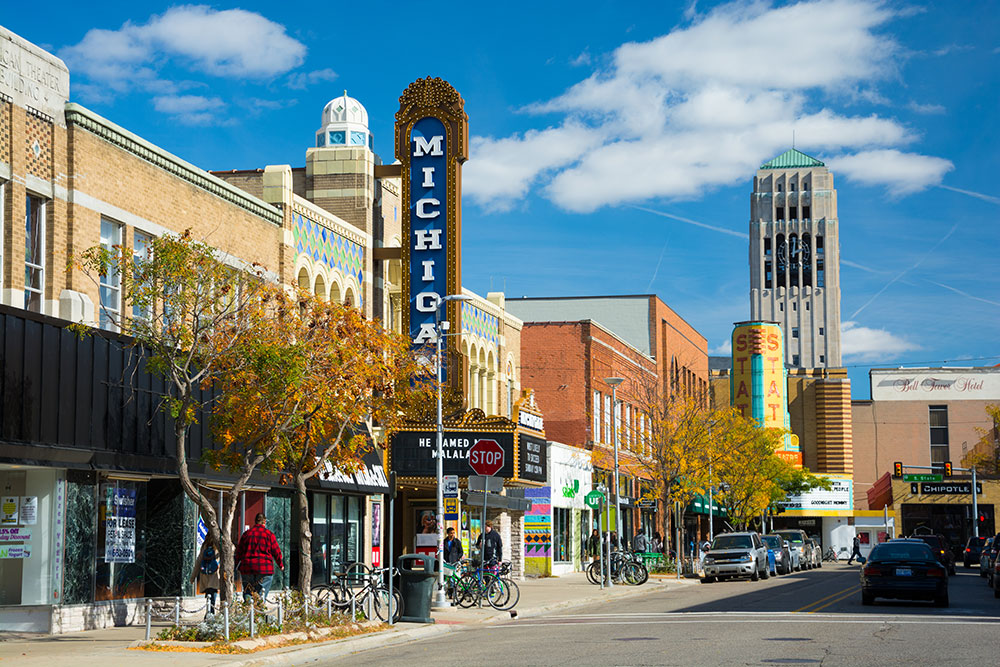 The Michigan Theater opened in 1928 and was hailed as a “shrine to the arts,â€ containing a fully functioning stage, orchestra pit, Barton theater organ, grand lobbies and over 1700 seats. In the early days the Ann Arbor theater operated as a vaudeville and movie house. After significant renovations in 1956 to appeal to more modern audiences, the theater served audiences for several decades before a major renovation that included the restoration of the auditorium adn lobbies with the addition of a 200-seat screening room, new restrooms and office space.

The theater is currently undergoing more renovations and is one of the few places in the country that can present films in a wide range of formats all with state-of-the-art sound systems.