Experts share interesting facts about these fixtures across the American landscape 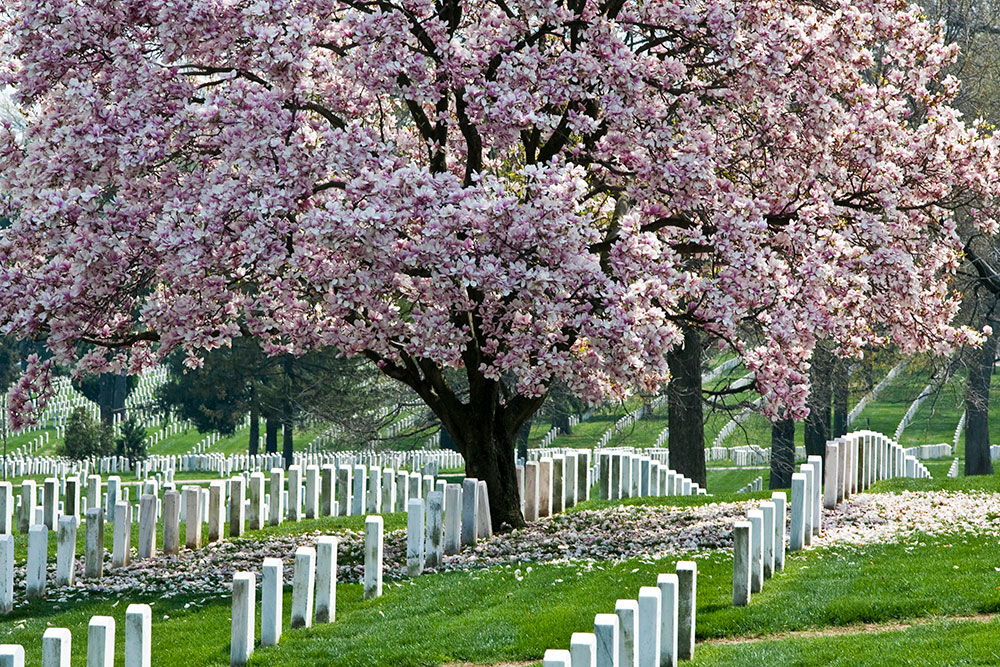 Many a spooky Halloween tale and movie is set in a graveyard. Yet cemeteries also are fixtures of the American landscape, providing glimpses of our past and reveal history about how our forebears lived – and died. They often are hubs within our cities and towns, places that bring families together on both somber and special occasions.

We consulted The Association for Gravestone Studies, an international group headquartered in Massachusetts to compile a list of things you may not know about graveyards. Even as Halloween approaches, don’t be afraid to visit your local cemetery and keep a watchful eye for symbols, designs and other features that can be found in many American cemeteries.

“People have some wild ideas of what things mean,â€ says Bob Drinkwater of the AGS.

1. Sayings on gravestones are called “epitaphs.â€

Epitaphs in Colonial America often administered warnings about the certainty of death, or even gave hints of the person who may have caused the death. As attitudes toward death changed, epitaphs changed to convey hope and/or grief and some are even humorous, e.g. “I Told You I Was Sick.” 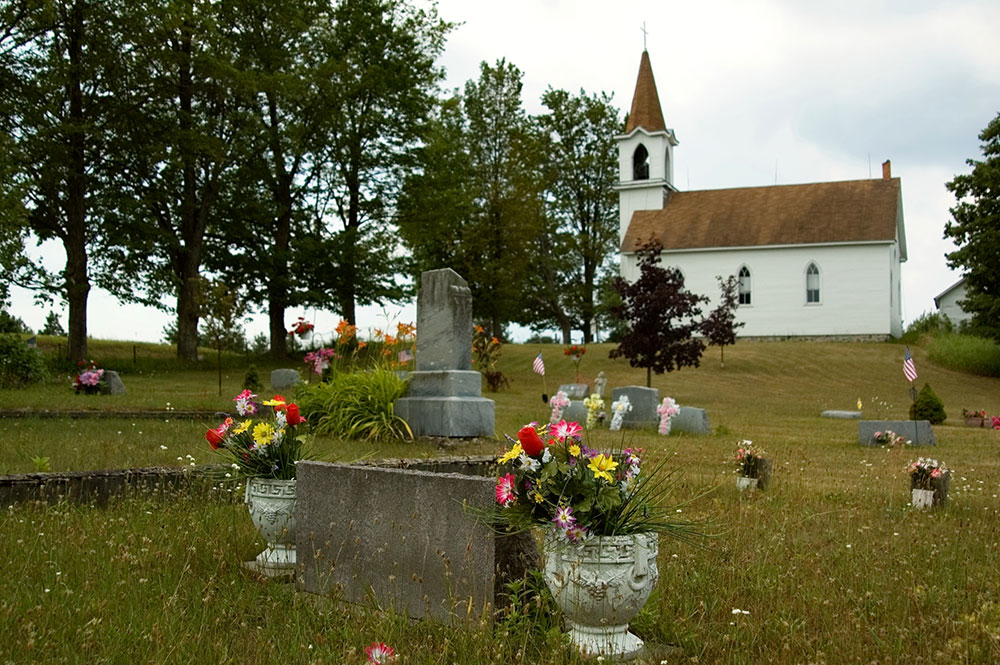 If you see the word “WOWâ€ on a gravestone, you have found the burial place of a former member of the Woodmen of the World, an American Fraternal Insurance Company that was said to have given widows $100 and a free gravestone if the company logo was put on the stone. The WOW emblem is a sawed-off tree stump, often with a mallet or beetle, an axe, and a wedge.

3. The type of stone used for a gravestone can reveal wealth or military affiliation.

Throughout history, wealthy families often opted for marble and granite, while poorer families often selected headstones made from sandstone, lime or even wood. Government-issued military gravestones are uniform in design and made of marble, bronze or granite.

An east-west orientation for gravestones is the most common throughout the world. Early American settlers wanted their feet pointing east and their heads toward the west, so they were ready to rise up and face the sun of a new day when they hoped to be reborn. When the Rural Cemetery Movement became popular in the 1830s, graveyards were constructed with winding roads, hilly terrain and stones facing different directions. 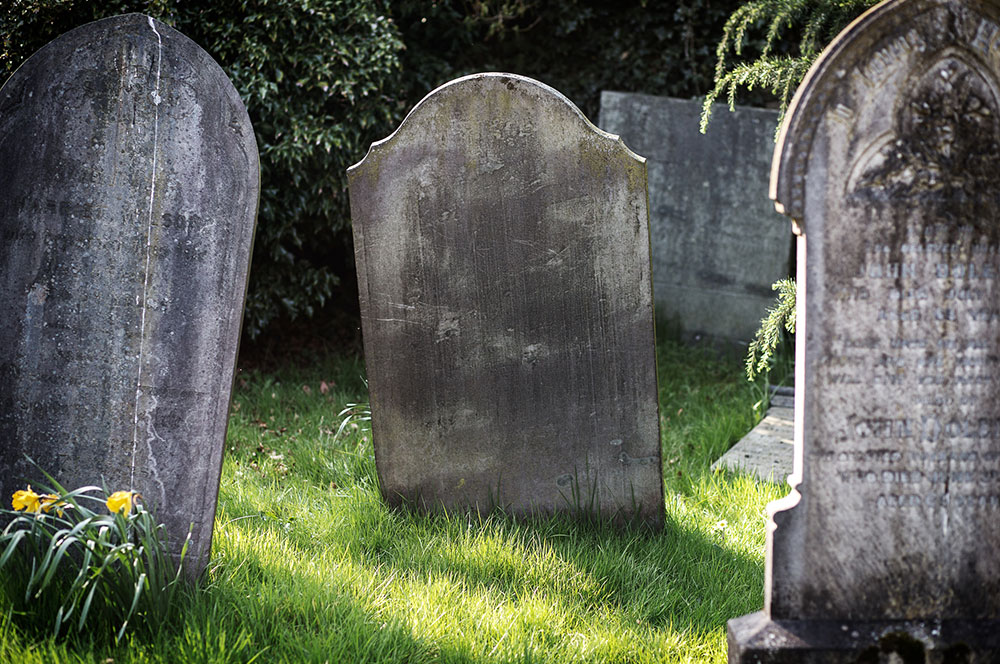 Look closely at gravestones, and you’ll see symbols are everywhere: The winged hourglass tells us that time flies; the hourglass on its side indicates time stopping for the dead. A broken flower or tree symbolizes a life cut short. Hands in prayer position can signify devotion, and a hand pointing down can indicate sudden death. A handshake can reflect the clasped hands of a couple to be reunited in death.

Lambs are often found on the gravestones of children. Detailed carved figurines of family dogs are sometimes found atop graves of their human friends. Though more uncommon, roosters atop a stone are usually thought to be symbolic of “Judgment Day,â€ Drinkwater says. 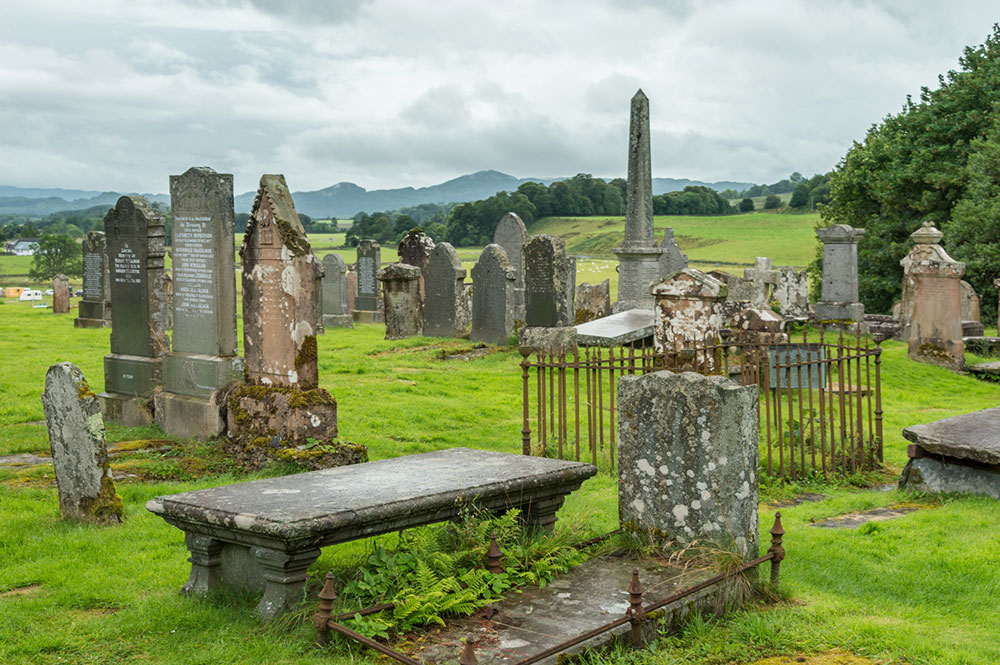 7. Obelisks are a common feature in many cemeteries.

Beginning in the 1840s, obelisk-shaped stones began appearing in American graveyards, just as there was a renewed interest in Egyptian culture. Obelisks, with uplifting lines, could be placed in small areas, were thought to be patriotic, and were less costly than large and elaborate sculpted monuments.

Besides being a place to bury the deceased, cemeteries are gathering spots and places to honor and connect with the dead, whether it be a family member or famous person.

Some people bring picnics when they visit. West Cemetery in Amherst, MA is visited by thousands of people every year who seek out the final resting place for poet Emily Dickinson, for example.

9. Cemeteries are not just for the deceased.

Besides being the final resting place for many Hollywood celebrities, Forest Lawn in Southern California features a museum with rotating exhibits and special art, music, and educational events.

People tour The Lexington Cemetery in Lexington,KY, for its natural beauty, and Arlington National Cemetery is considered a major national tourism attraction for those wishing to see the Tomb of the Unknown Soldier, the John F. Kennedy gravesite and many other significant memorials. Even without these types of features, most cemeteries have visiting hours for the living.

Most cemeteries today discourage visitors from creating paper and charcoal “rubbingsâ€ of gravestones. Due to age and acid rain, many stones have eroded, and gravestones today are handled with kid-gloves to preserve their information.

Visitors are encouraged to take all the photos they want, but to resist handling gravestones, especially older ones. The National Park Service offers training to preserve these relics of our past.