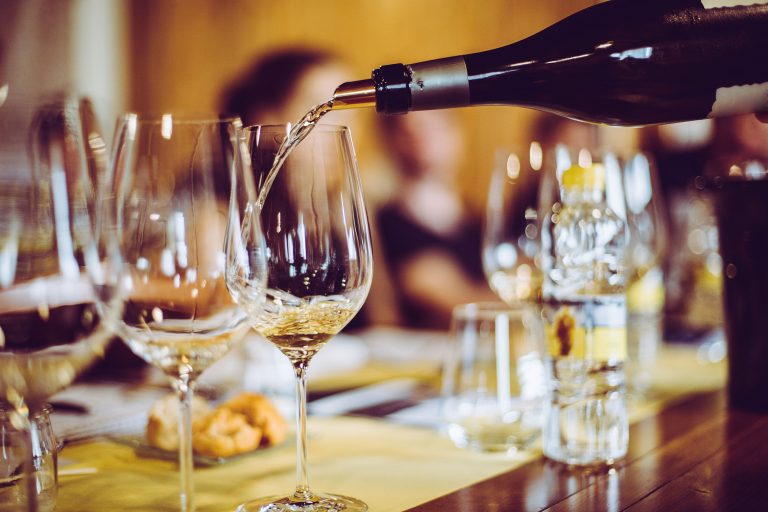 Thomas Jefferson once said, “Wine brightens the life and thinking of anyone.â€ If wine can brighten your thoughts, imagine what it can do to a good meal. There is nothing like a complete food and wine experience and more and more restaurants are focusing on curating a creative list that offers an eclectic mix of vintages from both around the globe and homegrown. The best part? You don’t have to travel to a big city to get the best of the best when it comes to wine. Unexpected places like Raleigh, North Carolina, and Walland, Tennessee, are home to some of the best wine lists in the country.

Next time you’re searching for a wine-tasting adventure, leave your passport at home and hit the road to visit one of these amazing spots:

The wine list at Angus Barn has won 20 Wine Spectator Magazine Grand Awards. The entire portfolio is on display in an impressive wine cellar with its own private staff, kitchen and dining rooms so guests at the Raleigh-based steakhouse can fully immerse themselves in the one of the most amazing wine collections in the United States.

The recipient of five Wine Spectator Awards of Excellence for their wine list, Deno’s is the oldest family restaurant in Winter Park. The history of Deno’s can be traced back to the early 1900s, when the building housing the restaurant was first built. Deno Kutrumbos bought the restaurant and started the wine program in 1976 and it hasn’t changed hands since. Nick Kutrumbos, Deno’s son, runs the place now with his family. Together they oversee a private tasting room that offers 600+ labels.

The wine program at Blackberry Farm has earned praise from both James Beard (Outstanding Wine Program winner in 2014) and Wine Spectator (Grand Award winner from 2006-2016).

The Walland-based restaurant is focused on all things local – sourcing from both the region and the restaurant’s own farm – so expect a menu that is both technique-driven and homestyle. Pairing what they call “Foothills Cuisineâ€ with wine could be considered a challenge but their 160,000 bottle list handles the job well. Catering to novices and connoisseurs alike with hard-to-find vintages and local favorites, the goal here is to make sure everyone finds something they like.

Brenner Pass Executive Chef Brittanny Anderson is a two-time James Beard Award nominee for Best Chef Mid-Atlantic region, so the food here is, of course, impressive. It nods to the Alpine region with a seasonal European-inspired menu driven by classic and modern technique. To match, Wine Director Nathan Conway has selected an array of wines from the Alps and Richmond’s surrounding mountainous wine regions that makes this continent-hopping list one that any wine lover would be impressed with.

Visitors may think that nearby Boston is where it’s at when it comes to finding premiere wine list (and to be honest, Grill 23 is pretty amazing), but Brookline (which recently ranked as one of our 10 Best Places to Visit!) is giving bean town a run for its money with Taberna de Haro. Chef-owner Deborah Hansen manages to bring a bit of Madrid to Mass with both cuisine and wine. The list here features over 325 rare and impressive wines from Spain – making it one of the largest all-Spanish wine programs in the country.

The 10 Best Cities for Wine

You might not think of Naples, Florida as the place to go for an amazing French-focused wine list, but, thanks to Bleu Provence, it is. Fans have dubbed it the best wine list in Naples thanks to the variety (25 by-the-glass choices and over 100 by-the-bottle) and price range ($15 to three figures). Wine Spectator has awarded it both a Grand Award (2015-2017) and a Best of Award of Excellence (2005-2014). Impressive labels like ChÃ¢teau de Beaucastel ChÃ¢teauneuf-du-Pape will keep the old-world fans happy and new vintages of Sancerre work for those looking for a bit of the new.

Born and raised in Juneau, Chef Lionel Uddipa put in some serious time at big name joints around the world, including a few Michelin-starred venues. He took all that experience, came back home and put it into SALT, a high-end destination for unique Alaskan cuisine. Their carefully curated, approximately 50-bottle wine list is ever evolving, just like the menu, to emphasize the clean and creative flavors of Alaskan seafood, butcher-cut steaks and local produce. It’s easily the most eclectic and delicious food in Southeast Alaska with the most extensive wine list in Juneau.

Snackbar – run by John Currence, a James Beard-winning chef – is the place to go if you are a wine fan looking to test your palette in Oxford. The restaurant deems itself a marriage of “a French Bistro with a North Mississippi Cafe resulting in the Bubba Brasserie cuisine.â€ Their extensive by-the-glass program is an affordable foray into experimentation of new regions. Those ready to commit can move to the bottle program where small producers get top billing.

In 2012, Paul and Wendy Hamilton were named “Restaurateurs of the Yearâ€ by the Missouri Restaurant Association for their commitment to hospitality and culinary excellence. The St. Louis-based restaurant’s accolades don’t stop at the food, though. The wine program at Eleven Eleven – winner of the Wine Spectator Award of Excellence three years in a row – is carefully curated by Scott Gaghan to match Chef Ivy Magruders’s culinary mission: to create a wine country bistro menu inspired by Paul and Wendy’s numerous trips to the wine regions of Tuscany and Northern California. The wine doesn’t stop with those two regions, however. Washington is celebrated, as is France and the Finger Lakes.

The world sometimes forgets that the Garden State also grows grapes. The Pluckemin Inn in Bedminster houses one of the most extensive wine collections in the country. It’s been called one of the “50 most amazing wine experiences in the United States,â€ by Food & Wine Magazine and has been honored with Wine Spectator’s Grand Award for seven years straight. The 10,000-bottle long wine list features bottles from all over the globe with their “Pluckemin 200â€ being a specially selected cross-section of wines handpicked by Sommelier Brian Hider.

The wine ‘bible’ at Billy Crews in Santa Teresa is over 150 pages long and features more than 3500 bottles. The list has been winning awards from Wine Spectator since 1986, no doubt for its versatility, price appeal ($16 to big bucks) and reach within the regions. Since steakhouse cuisine is the focus here, the wines complement with big, bold reds from Burgundy and Bordeaux, lighter options like Malbecs from Argentina, and sparklers from the Champagne region of France. What we love most, though, is the love for local. New Mexico is amazing wine country, after all, so the list nods to the trails here. Look for a couple dozen or so New Mexico wines, including reds and sparkling ones from Gruet – currently considered the best US sparkling wine in the country.