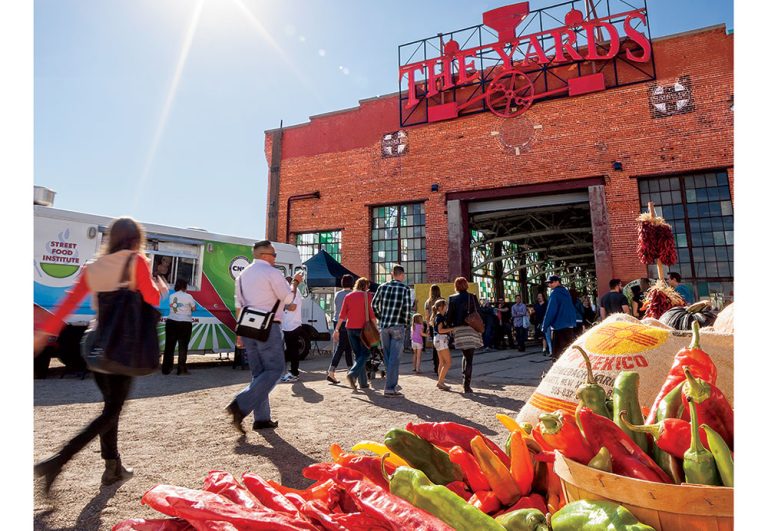 They know how to celebrate in New Mexico, whether it’s music, culture or cuisine. Here is just a small sample of the signature festivals that take place throughout the state:

Every July in Santa Fe, the International Folk Art Market sells artworks made by more than 150 artisans representing 60 countries. About 20,000 visitors attend and purchase more than $3 million in folk art, and another highlight is an International Food Bazaar with booths ranging from Cambodian to Indian to Mediterranean cuisine.

Celebrating its 39th anniversary in September 2019 is Pie Festival USA, which occurs in Pie Town southwest of Albuquerque. More than 1,000 pies are sold in one day, with visitors arriving from throughout west-central New Mexico. A morning 5K run features participants running downhill half the race, then uphill the other half.

3. Mardi Gras in the Mountains

Red River hosts a Mardi Gras in the Mountains festival every early March, with six days packed with costume balls, Cajun-food cookoffs, crawfish boils, a ceremonial burning of a loup-garou (werewolf) and a downhill gator race. A Mardi Gras parade culminates the week with bead tossing, singing and dancing.

The village of Hatch heats up every Labor Day weekend with its two-day Hatch Chile Festival that attracts about 30,000 visitors. Celebration of the village’s famous crop has been documented by The Food Network and the BBC, and events include chile-eating contests, artisan booths, a carnival and live music.