6 Affordable Islands You Can Actually Live On

Because why not vacay every day? 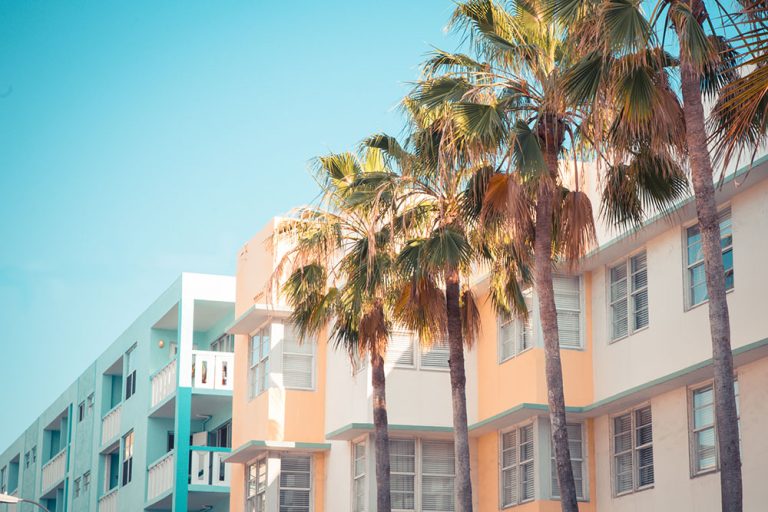 Does living on an island sound like a dream? Is your mind jetting off to places like Martha’s Vineyard, Maui or Key West? Those postcard-perfect spots are wonderful, yes. But they are also very, very expensive.

Instead, let us take your imagination on a delightful detour to some lesser-known islands where you can live year-round — and for a surprisingly affordable price.

Hundreds of islands dot the U.S., many of which are ideal places to not just vacation, but also live, especially if you want to trade the hubbub of a big city for a slower pace of life. Here are a half dozen islands where you can vacation every day of the week that ends in the letter “Y.”

Your evening walks here will double as treasure hunts because the white sand beaches on this Atlantic Coast island are filled with shells and even shark teeth. Or perhaps you’d rather enjoy a happy hour in the historic city’s 50-block downtown? It’s your call.

Because Amelia Island is a popular tourist destination, there’s plenty of year-round entertainment that locals love, too, including a jazz festival in October; an annual book festival held each February and a shrimp festival in May that got its start in 1963 as a way to offer a blessing to the shrimp fleet. While not an actual prerequisite when moving to the island, you may want to learn how to play Pétanque, a lawn game similar to bocce that originated in France. The island hosts an annual Pétanque tournament in November, where players compete at the downtown marina. If you’d like to keep things more casual, no worries: you can find free pick-up games throughout the year.

This idyllic Lowcountry island off the coast of South Carolina is mostly car-free, with most residents opting to get around by golf cart, (see how close that is to carefree?) and accessible only by ferry. Instead, residents get around on golf carts, bikes or foot, which creates a naturally slower pace of day-to-day life and a strong sense of community.

Daufuskie Island, which is located between Savannah and Hilton Head, is a go-to vacation destination because of its beautiful beaches, but is a great place to live year-round because of its tranquility, says Ryan Dillingham, real estate broker at Premier Properties by Haig Point. If you like drinking piña coladas, there is a rum distillery on the island where you can sample creative takes on the classic cocktail (its newest rendition is infused with coffee beans!).

The island is best known for its annual pony swim where wild ponies swim across the Assateague Channel from Assateague Island to Chincoteague. Magical, right? The popular event, which typically occurs in July, is central to Marguerite Henry’s 1947 novel “Misty of Chincoteague,” which was adapted into a movie and beloved by multiple generations of young readers.

Your neighbors here will include dolphins popping up in the surf, as well as spoonbills and pelicans, soaring overhead. If birding becomes your new hobby, you can enjoy the Great Texas Coastal Birding Trail or play tourist on your own island and take part in free, guided Saturday birding tours.

Port Aransas is located on Mustang Island, which is about 30 minutes across the bay from downtown Corpus Christi. An oasis to enjoy: Mustang Island State Park, a five-mile stretch of sandy beach along the coastline where you can surf, build sandcastles, kayak or just soak up the sun.

Median home value: $187,200
Not all islands are balmy. This one is cool — in both senses of the word! About 700 people live year-round on this island that’s north of the tip of Wisconsin’s Door County Peninsula. The Washington Island Ferry provides year-round service to Washington Island for both passengers and vehicles (there are 100 miles of paved roads on the island).

The island is full of museums, plus it has its very own performing arts center and a fiber arts school that teaches knitting, weaving and basketry. On Saturday during the summer, you can browse the local farmers market, or venture to the lookout tower that rewards you with panoramic views of the island and beyond — after you’ve climbed 186 steps.

Median home value: $220,600
A narrow, three-mile island between Fort Walton Beach and Destin, Okaloosa Island is beloved for its beaches with powdery, white sand. The Boardwalk? Yeah, it’s touristy, but for good reason: it’s where you can enjoy fresh catches for dinner and be treated to a truly breathtaking view of the sunset. The Okaloosa Pier is a popular fishing spot, as well as a good perch for watching dolphins play.