These cities have a secret wild side. 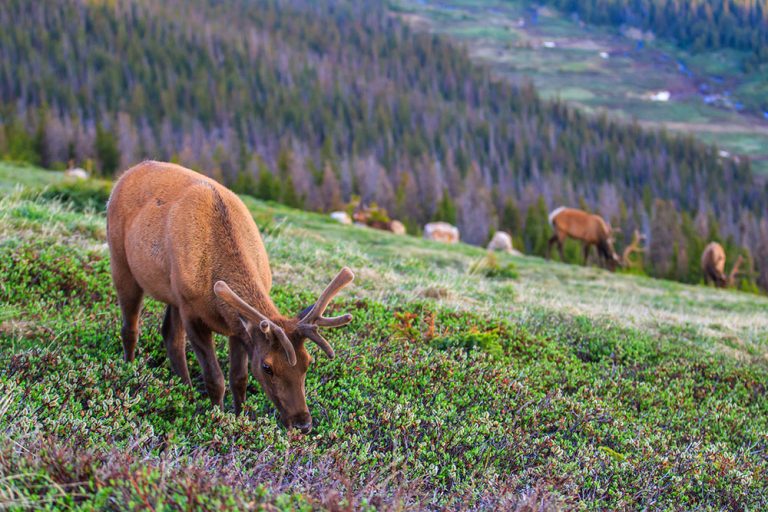 Sure, dogs and cats are great, but if your love of animals extends beyond the four-legged, furry and domestic, you have to work a little harder to get your wildlife fix. Luckily, there are cities around the country that offer easy access to animals and wildlife in the form of fantastic zoos, wildlife sanctuaries, beaches, rivers and parks where you can spot (and interact with) a wide variety of wild creatures.

Whether your interests are terrestrial or aquatic, domestic or exotic, in these eight awesome cities, you’ll find wildlife surprisingly close at hand…

From what other city can you take a weekend trip to visit vampire bats, nesting sea turtles and green jays? Centrally located, Corpus Christi is a birder’s dream.

You’ll find Aransas National Wildlife Refuge to the north, Laguna Atascosa to the south and Padre Island in between. This coastline is an integral part of the Central Flyway, which many bird species migrate through every spring. The southern latitude and climate of Laguna Atascosa also make it a great spot to see more southern species found nowhere else in the United States.

Meanwhile, nearby South Padre Island is a great place to spot sea turtles. All five gulf species swim offshore, and a few nest here, including the world’s most endangered sea turtle, the Kemp’s Ridley. Look for them in the wild, or visit seaturtleinc.org to see turtles in rehab or wild releases, including hatchlings of those famous Ridleys.

Alternatively, head inland to San Antonio’s stellar zoo, where you can have breakfast with giraffes before seeing their collection of even more exotic birds. Finally, if you are looking for something close to home, find the Texas State Aquarium, great for sea life and some interesting birds, reptiles, and mammals, including those vampire bats, just a couple miles from the heart of the city.

The Saint Louis Zoo is easily one of the best zoos in the United States, and even better? It’s free. Anchored by a historic aviary from the city’s world’s fair, the Saint Louis Zoo features more than 600 species of animals – everything from alligators to anteaters to elephants, cheetahs and grizzly bears.

You won’t find bison or elk at the zoo, but not to worry: you’ll find plenty of those just 20 miles outside the city at Lone Elk Park, an elk and bison preserve since 1973. Visitors can drive through the park or hike a four-mile trail. Next door, visit the World Bird Sanctuary to learn about bird rescue, conservation and breeding programs and even pay to hold a falcon or an eagle owl.

As if those attractions weren’t enough, St. Louis is also on the Mississippi Flyway, and the city has its own birding trail. There are dozens of hotspots around the city, but the Audubon Center at Riverlands is a good place to start looking for the roughly 300 species of birds that live or travel here.

This small town narrowly follows Highway 20 for over 30 miles, making it possibly the longest Main Street in America, and that street sits just 15 miles west of Yellowstone National Park, the best place in the lower 48 to see an array of iconic North American mammals. With the national park so close, and much of the rest of the area belonging to either Caribou-Targhee National Forest or the Harriman Wildlife Refuge, this is a perfect place to get out and see some of the dozens of species of mammals and hundreds of birds that call the Yellowstone ecosystem home.

Henry’s Lake is on the north end of town, providing habitat for notable birds like trumpeter swans and sandhill cranes. But, if you want a guaranteed glimpse of the area’s top predators, the Grizzly and Wolf Discovery Center is an AZA-accredited nonprofit wildlife park, and it’s located just outside the western entrance to Yellowstone.

When you picture Miami, you might think of idyllic stretches of white sand beaches, but there are three other larger-than-life attractions in and around the city for animal lovers to enjoy. The vast sea of grass known as the Everglades is just an hour from downtown and is home to birds, snakes and alligators. If you are exceptionally lucky, you could even spot a Florida Panther. For better odds, head farther west around Fakahatchee Strand State Preserve, which has more sightings.

The 7 Best Places to Go Glamping

Now this is our idea of becoming one with nature.

Meanwhile, the Miami Zoo nearly guarantees a chance to see an animal you’ve never seen before, including tapirs, gorillas, colorful king vultures, and the giant waxy monkey frog. You can hand-feed a few different animals, but the highlight is the greater one-horned Indian rhino.

But wait, there’s more wildlife spotting to be had! Don some fins and a mask and head to one of the Miami area’s great scuba and snorkeling spots, like Biscayne National Park or John Pennekamp State Park, the first undersea park in the U.S. Here you can explore mangroves and parts of the Florida Reef, the world’s third-largest. Not only can you see up to 500 fish species, but the corals that form the landscape are living creatures as well.

Head to the opposite coast if you want to live near the biggest animals on Earth, blue whales. These massive creatures pass through Monterey Bay seasonally, but you can usually spot a handful of whale and dolphin species offshore, no matter the time of year. And if the seas are a little rough, you can always visit the world-class Monterey Bay Aquarium’s sharks and octopus, penguins and otters.

To see wild sea otters, sea lions and harbor seals, head south to Point Lobos. And ElkHorn Slough National Estuarine Research Reserve might be a mouthful, but its diverse habitat makes for excellent birdwatching, from snowy plovers to acorn woodpeckers.

Coos Bay is the largest city on Oregon’s coast, but at only 16,000 people, it is still a comfortable small town. It’s also a perfect base camp for taking in all the wildlife of the Pacific, including Steller Sea Lions, which can reliably be seen hanging out inside the world’s largest sea cave at the aptly named Sea Lion Cave.

Close at hand, a cluster of adjacent state parks, including Shores Acres State Park, are just a few of several places along the coast where you can watch the grey whale migration from coastal cliffs. The Rogue River is not far away, and Jerry’s Rogue Jets is the only way to jet boat the wild section of the river. This adventure trip is still nature-oriented, so keep an eye out for black bears, otters, mink and bald eagles as you ride along.

Kona is located on the western side of Hawaii, the state’s largest island (luckily for explorers, every corner of the island is within a two-hour drive). The obvious attraction here is the vast ocean and its residents, which are attracted to this bit of land in the Pacific. Spinner Dolphins and Humpback whales can be spotted offshore, and you can go on a night snorkel or dive trip, where you may come belly to belly with a feeding 16-foot manta ray.

Daytime snorkeling and diving are also top-notch at many locations around the island. There is a very good chance you will encounter sea turtles anywhere, but to virtually guarantee it, it is worth the effort to find Kiholo Bay, a naturally protected area perfect for sea turtles, where you can often see a dozen or more feeding, swimming and resting on the lava rock beaches.

The island also has a collection of birds not found in the continental U.S. and a few found nowhere else, such as the nene (nay nay), a goose that isn’t quite Canadian. You might think there are no native mammals on this volcanic island, but there are actually two. The Hawaiian hoary bat and the Hawaiian monk seal are here, and both are endangered. The bats are rarely seen, but look for the seals along sandy beaches, and you may spot one if you are lucky.

Serving as a gateway to Rocky Mountain National Park, the small city of Estes Park is surrounded by it on three sides. Inside the park, you will find elevation ranges that provide a perfect habitat for moose and elk, black bears and bighorn sheep. Trail Ridge Road allows visitors to drive across the alpine tundra in the summer months. There you can keep an eye out for communities of yellow-bellied marmots in the rocks, the cold weather equivalent to groundhogs. The Denver Zoo isn’t too far away, with an excellent selection of animal exhibits and many up-close experiences to choose from. Our first choice? An encounter with African penguins.