Don’t Miss These Epic Museums in Small (But Extraordinary) Cities

Do big cities have great museums? Of course. But don't sleep on these one-of-a-kind attractions in unexpected places. 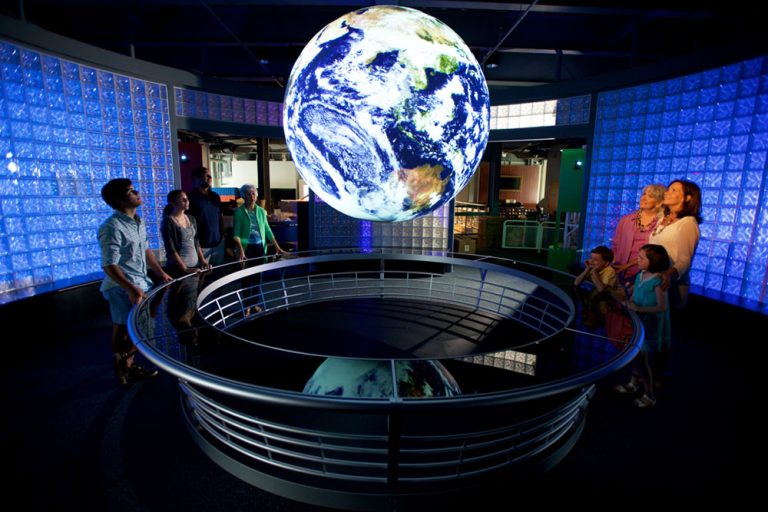 Big cities like Washington, D.C. and New York are well-known for their famous museums, and for good reason: a trip to the Smithsonian or the MoMA are bucket list-worthy experiences.

But don’t forget that big things happen in small places! Incredible collections of art, history and culture can be found across the country. A surprising number of small cities and towns have – and are opening – museums that are putting them on the map both nationally and internationally. While some exist to tell the defining story of the area they represent, others have breathed new life into once-dormant towns with world-class exhibits and installations.

Want proof? Check out these four epic museums that can be found in small cities you might not expect…

On Feb. 1, 1960, four African American students at A&T State College sat at a “Whites Onlyâ€ counter inside the Woolworth restaurant in Greensboro. This sit-in served as a major catalyst for the civil rights movement and inspired sit-in demonstrations across the country. The International Civil Rights Museum preserves the legacy and significance of the actions Greensboro Four (and those who supported them in the weeks that followed) which brought about the desegregation of the Woolworth lunch counter, eventually leading to the end of the segregation system in the southern United States.

8 Reasons to Move to Greensboro, NC

Offering docent-led tours designed to teach visitors the historical events that took place in Greensboro and throughout the South, The International Civil Rights Center & Museum could be said to be home to the soul of the community. Inside, visitors see a preserved section of the Woolworth counter, along with an array of exhibits that give viewers a deeply affecting look into the brutality of segregation and the fight for equality.

Included among the exhibits is the Wall of Remembrance naming the local civil rights movement’s martyrs. Here, many residents can find the names of their ancestors, which is just one of the reasons the museum is a powerful symbol of the region’s civil rights history and the profound impact that the “Greensboro Fourâ€ had on our nation. Today, Greensboro is proudly recognized as one of the most inclusive communities in North Carolina.

Once a manufacturing hub in decline, the opening of the DIA in May of 2003 breathed new life into the small town of Beacon, NY. The 300,000 square-foot DIA: Beacon opened on the banks of the Hudson River in a former Nabisco box printing factory. One of the largest modern art museums in the U.S., the museum presents DIA’s collection of art from the 1960s to the present, as well as special exhibitions and public programs. Since its opening, DIA: Beacon has helped to transform the city of Beacon into a vibrant arts community as well as a destination for art-loving visitors from the region, New York City and beyond.

Following an economic slump that drove many factories out of town in the 1970s, the DIA played a significant role in the former factory town’s revitalization, bringing national attention and commerce. Between 2005 and 2016, money from tourists and tourism increased from $447 million to $568 million in Dutchess County. And costs for lodging increased from $87 million to $120 million. In 2018 alone, The DIA had 116,000 visitors.

Along with increasing tourism to the area, artists and creatives began relocating to Beacon from larger cities like Manhattan where they were being priced out of their homes, and the population jumped from 13,807 to over 15,000. Beacon’s population continues to diversify and grow and shows no sign of slowing as more and more businesses follow the DIA’s lead in converting large abandoned buildings into affordable spaces.

With over 10,000 athletes training at the U.S. Olympic and Paralympic Training Center in Colorado Springs each year, the U.S. Olympic Museum – due to open in 2020 – perfectly represents the spirit of this mountain town. With the training center, two international sports federations and the headquarters of 24 National Governing Bodies of Sport calling it home, Colorado Springs is best known as Olympic City USA, and the leading-edge museum will highlight the spirit of the area.

Once open, the U.S. Olympic Museum will be one of the most accessible and interactive museums in the country, honoring the legacies of American Olympians and Paralympians. State-of-the-art technology incorporated throughout the 60,000 square-foot building and will be used in a way that each visitor will enjoy a unique and individualized experience. Galleries will include the Parade of Nations, the Summer Games and the Winter Games.

Why Millennials Are Moving to Colorado Springs

Residents are hopeful that the completion of the museum will bring attention and tourism dollars to the area. It is part of a major revitalization plan that will connect various parts of downtown Colorado Springs together and spark a line of growth throughout the city, strengthening and diversifying the economic impact of the region’s visitor attractions.

From the outside, GulfQuest museum looks like something out of a sci-fi movie. The 120,000 square-foot museum was designed to appear as though it is a ship headed into Mobile Bay and the Gulf of Mexico. And a stroll through its galleries feels future-esque as well. The local residents are proud of this small-town gem that boasts being the first museum dedicated to the Gulf Coast’s maritime traditions and one of the only fully interactive maritime museum in the United States.

Inside the Mobile-based museum there are more than 90 exhibits that the community hopes will teach both residents and tourists about the area’s maritime heritage through interactive exhibits, simulators, displays and theaters. This big museum has won its small town much attention and praise, earning several awards including the Tourism Attraction of the Year from the Alabama Department of Tourism and the Downtown Innovation Award by the Downtown Mobile Alliance.