Think you have to go to New Zealand to immerse yourself in Lord of the Rings scenery? Think again. 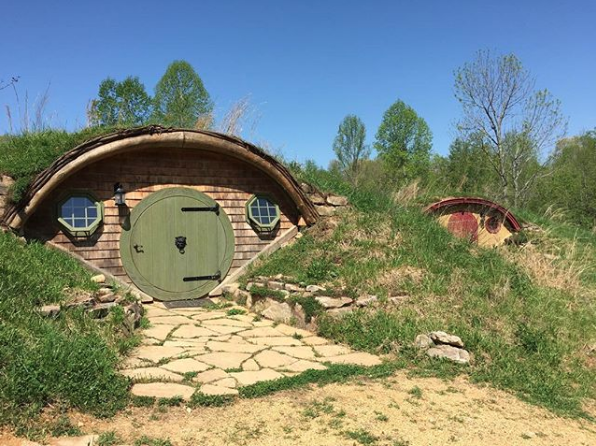 With Amazon’s new five-season Lord of the Rings series on the horizon, the world is primed and ready for another wave of Tolkien mania.

The first wave took place in the early aughts when Peter Jackson adapted J. R. R. Tolkien’s trilogy into three groundbreaking movies – filmed from start to finish in New Zealand. Since then, New Zealand has maintained its reputation as the real-life embodiment of Middle Earth. From the rolling pastures of Matamata to the otherworldly peaks of the Southern Alps, it isn’t difficult to see why the comparison lives on two decades later.

But stateside Frodo fans don’t need to travel to the southern hemisphere to experience Middle Earth magic. America is already crawling with fantastic landscapes that look like they might have sprung from Professor Tolkien’s page.

Here are five places that American Lord of the Rings fans should visit on their next cross-country quest. (Fellowship of sword-wielding companions optional, but highly recommended.)

If you have a fondness for Elf queens with magic mirrors, I recommend Pando, the Trembling Giant. Pando is a massive grove of quaking aspens in Fishlake National Forest, Utah – and here’s what makes it so enchanting. It looks like a forest, but it’s actually a single organism, with a single shared root system, that has cloned itself about 40,000 times over the last million years. It’s one of the oldest living things on the planet, and because each tree is genetically identical, the whole colony turns a single, sweeping shade of gold every fall.

So pack some lembas bread and grab your Elven cloak, because this is as close to Galadriel’s Golden Wood as you’re going to get without a magic ring.

If eating seven meals a day and walking around barefoot is more your style, then trek to Forest Gully Farms as soon as you can get your pony saddled. This 15-acre farm in Tennessee is home to three human-sized Hobbit holes–that you can rent and stay in (!). The farm also offers guided foraging tours, so while you’re there you can pick fruit from the orchard, collect eggs from the chicken coop, and otherwise relish the idyllic life of Bilbo Baggins.

Bonus! While you’re in the neighborhood, consider rounding out your getaway with a trip to the Green Dragon in Murfreesboro, Tennessee. Where else can you hear your bartender announce last call by blowing the Horn of Gondor?

The Hoh Rainforest in Washington is one of the largest temperate rainforests in the US. It’s also one of the only forests where the trees stroll around and talk to each other.

Okay, not really – but that’s what it looks like.

Because of the Pacific Northwest’s relentless rainfall, the whole forest is blanketed in unearthly shades of green: moss, ferns, bigleaf maple trees, and everything in between. Most notably, the Hall of Mosses – which already sounds like something out of The Silmarillion – is a hiking trail known for its branches of dangling, mythical moss. Believe me, this moss definitely puts the beard in Treebeard.

Fellowship of the Rings fans might do a double take when they see Multnomah Falls in Oregon. That’s because Benson Bridge, which spans this stunning 611-foot-tall waterfall, looks an awful lot like the bridge where Aragorn and Arwen whisper sweet nothings to each other in Elvish.

The bridge, the roaring waterfall, the steep walls of lush greenery – this place is a mirror image of Rivendell. Afterward, stop by the Multnomah Falls Lodge, and you might feel like you’re at the Last Homely House of Elrond – especially if you can assemble a council of velvet-clad nobilities while you’re there. Good luck.

This abandoned mine in Rosendale, located in upstate New York, is a great way to experience the majesty of hewn stone without running into a Balrog. Before Widow Jane Mine shut down in 1970, the cavern was mined for limestone to make cement – the very cement used to construct the Brooklyn Bridge, the Empire State Building, and other national landmarks. Since then, the mine has been used for just about everything, including a mushroom farm, a performance venue, and a trout nursery.

These days, Widow Jane Mine is open to the public between May and September, and it’s a popular hiking destination for those who, like Gimli, are natural sprinters. Admission is free, but you’ll have to provide your own malt beer and red meat off the bone.