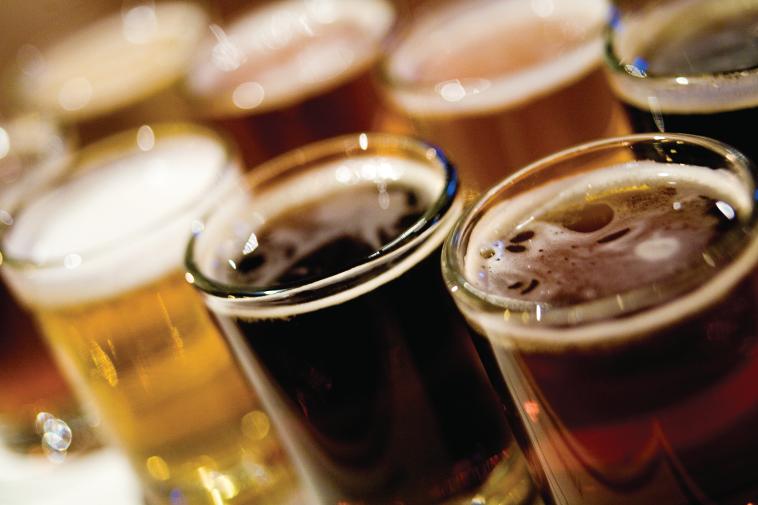 The Texas Carboys. The Bay Area Mashers. The Sultans of Swig. These are just three of the 1,600 local beer brewing clubs started by hopheads around the country that belong to the American Homebrewers Association (AHA).

“Our rapid growth is attributable to the locavore movement, and it doesn’t get any more local than making beer at home,â€ says AHA Director Gary Glass. “The wide availability of commercial craft beer has also played a role in inspiring people to make beers for themselves.”

In 1974, a group of fermentation enthusiasts in Los Angeles formed the Maltose Falcons, a local beer brewing club now celebrating 40 years of fellowship. Drew Beechum, former club president and author of the BYOB column in Beer Advocate, shares these five tips on developing the best yeast culture at a homebrewing club:

Meet somewhere public. New brewers are more likely to attend a meeting in a public spot than at someone’s house, and club members won’t get burned out on prep and cleanup. Many beer brewing clubs convene in the back of a local homebrew store, while others, laws permitting, meet in pubs and breweries. Glass suggests searching for local clubs on the AHA forum first. If you decide to form a new group, store owners are usually happy to publicize it with a poster or handouts.

Don’t underestimate the value of a great partner. Home Beer Wine Cheesemaking Shop in Woodland Hills has sponsored the Maltose Falcons since it was founded.

“John Daume, the owner, has been a steady presence and support,â€ Beechum notes.

Make education both fun and important. Many clubs start every meeting with a commercial beer tasting based on their Grand Hydrometer’s (Education Officer’s) fancy. The Maltose Falcons demo new technologies and have two regular monthly brew sessions to teach new members the steps in creating great beer.

Foster your membership’s talents. Brewers are passionate about all aspects of the process, including cooking, design, technology and more. Showcase them!

Rotate club leaders. People get tired or in a rut.

“The clubs I’ve seen that fail tended to have one or two people who kept the club going, and did all the legwork over the course of years,â€ Glass says. “The key to success is to get as many members as possible involved in running the club.”

Glass also suggests that as a club takes root, members consider creating their own charitable endeavor. The Carolina BrewMasters, which just won the first AHA Radegast Club of the Year Award honoring the homebrew club that has done the most for community building, last year raised $75,000 at its annual Oktoberfest in Charlotte.

“Events like these raise your profile,â€ Glass says. “For an informal homebrewing club, funds can be an issue. If you must raise money, giving some away to charity generates a positive image for the hobby and gets media attention.â€

When all is said and done, though, the real benefit of forming a local beer brewing club is making new friends and learning from others about the art of homebrewing.

“Home brewers are the nicest, most sharing people I know,â€ Glass says.

…it doesn’t get any more local than making beer at home.