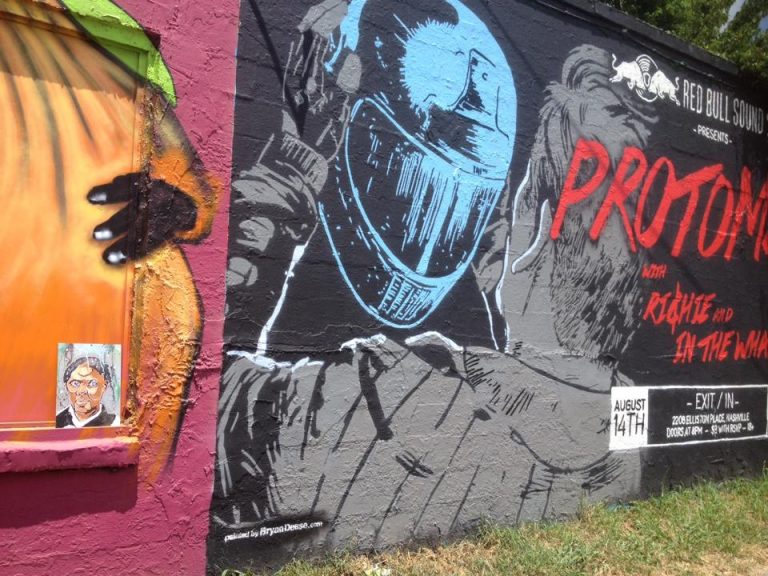 People are learning about their cities and neighborhoods while building their art collections thanks the Free Art Movement and Free Art Friday.

Social media has been a catalyst in developing communities around the trend in general, with the most popular hashtags used being #freeart, #freeartfriday and #freeartmovement. Meanwhile, many location-specific hashtags, Facebook groups and Twitter accounts have popped up in the last few years, allowing artists more easily spread the word about their drop locations and for art hunters to find them.

But even without following hashtags or a group, it’s just as likely a scenario for a person simply taking a walk to suddenly spy a colorful canvas propped against a utility pole or tree, only to discover a tag attached – not one denoting a price but explaining that it’s free to anyone who feels a connection to it.

Why would artists – many of them established professionals who make a living creating art – just give away their work for free?

Art is More Than Something to Buy

Artist Jeff Bertrand, who lives in Nashville and recently created a Facebook group for the Free Art Movement in the city, says that while the works are free to the finder, they’re priceless at the same time.

“Art has always had more than just a price tag – it’s so much more than that. The whole point of creating art is creating a memory. With this, you are not only creating the work that people may react to, but also the experience of going to find or discover it,” Bertrand says.

Bertrand has been doing art drops in Nashville and other cities for seven or eight years and says he was inspired to do so by artists around the world participating in the broader Free Art Movement, which also can include graffiti.

“Galleries can be a little stuffy, so I like the idea of just making the city your gallery and creating your own show. I’ve always been intrigued by graffiti, but thought, ‘How can I leave some art without getting arrested?’” he says with a laugh. “But this is also about building community, which is especially great in a town like Nashville with so many new people moving to town. [Going on searches for free art] is a cool way for people to learn more about different parts of the city, too.”

Bertrand started the Nashville Facebook group about three months ago, and it has already grown to almost 2,000 members. Atlanta and Kansas City both have similar Facebook groups with over 1,000 members, and smaller groups have formed in cities such as Traverse City, Mich.; Charleston, S.C.; and Asheville, N.C., to name a few. Facebook groups are just one way to measure participation, of course, as many cities’ scenes rely more on Instagram and Twitter hashtagging than Facebook to organize themselves.

Artists and art seekers do not necessarily have to belong to a group to participate in the concept of Free Art Friday or art drops in general, of course. For the artists, the most important guideline is just letting the finder know the dropped art is free. For those who find the works, sharing on social media that they have found the work (if instructed) is a considered a common courtesy. Beyond that, most groups are open to artists of all backgrounds and experience levels, and discourage hard rules other than being mindful of private property and searchers’ safety in selecting drop locations.

“The group isn’t about a contest, it’s about growing as artist, no matter your experience level. Overall, it’s about creating something for people to enjoy and a way to brighten someone’s day,” Bertrand says.

For example, one artist participating in the Kansas City Facebook group announced a “Free Art Road Trip,” during which she dropped several pieces of art she created prior to art school at locations spanning from St. Joseph, Mo. to Ann Arbor, Mich. She got a response for one of the drops that read: “So I believe I found your painting this morning at the gas station on State Street in Ann Arbor. It is quite beautiful! My favorite colors too! This made my day! Thank you for the lift up! And I hope your time here in Ann Arbor is amazing!”

To see what’s happening in the Free Art Movement in your city, search on Twitter and Instagram for the popular hashtags listed earlier, plus search Facebook groups using the terms “Free Art Movement” and “Free Art Friday” along with your city’s name. Another great resource is the Free Art Friday blog, which lists groups in cities around the world.